Tony Fang: "The return on investment in China decreases"

He speaks English with a mix of Chinese and Canadian accents. 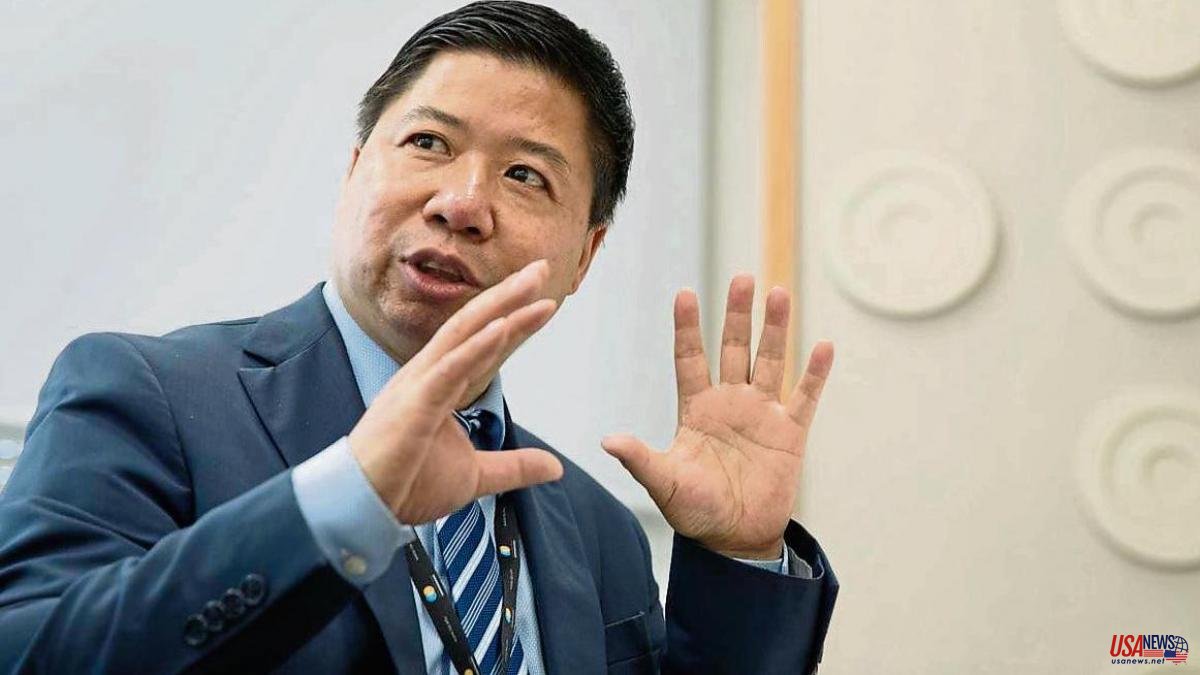 He speaks English with a mix of Chinese and Canadian accents. Tony Fang is a professor at the Memorial University of Newfoundland (Canada), was president of the Society of Chinese Economists (2012-13) and a visiting professor at Harvard University. He was in Barcelona invited by the IQS School of Management.

Is China still the factory of the world?

You are doing a model change or a move.

China has been a center of low-cost production and an essential part of the global supply chain. This model has worked for 30 years. This explains the 10% annual increase in GDP, which was a miracle, thanks to a market of 2 billion people and migration that has provided an almost unlimited supply of cheap labor. The second stage is investment-driven. In the past ten years, China has invested heavily in high-speed rail and highway infrastructure so that exports have become less important. What is happening now is that the return on investment is declining. We have many highways, but they are less traveled by cars and trucks than before...

China's GDP contracted 2.6% in the second quarter. Will we not see double-digit growth again?

No, it will not be seen again. This is why China is betting on the Silk Road: it is trying to create new markets, because the returns on investment are not enough. Hence the investment in Africa, for example.

Because China has chosen to implement its own model, gradually, step by step, to be sure not to make mistakes. The alternative would have been to apply shock treatments, such as converting the communist system of the Soviet Union and the Eastern countries into free market systems from one day to the next, without their economies being able to adjust well. This is what Deng Xiaoping said: “If I am touching the stone, why do I have to cross the river?”. It is a call to prudence. You never know how deep the river is, you could be swept away by the current. The Congress of the Communist Party is held in October. Xi Jinping at this point does not want to take risks.

Still, is there a financial risk from rural banks and in the real estate sector?

I understand that people are worried. Perhaps we will experience a period of low growth until the new development model begins to bear fruit. Unproductive investment must be cut without affecting the ability to repay debts.

It would be the last resort. I don't think it will, because it would hurt the Chinese economy as well. We see it now with Russia: sanctions make all parties involved suffer. Remember when the US under Trump imposed tariffs: it was not good for them either.

Wouldn't it be better if the US and China got along?

China has been a partner of the US for 30 years. Now the Americans tell us: 'Thank you very much for your help. It's been a happy marriage for 30, 40 years. You are growing too much. I can no longer be your partner, unless you accept that you will always be number two. But of course, as a sovereign country, we cannot accept that proposal.

Does China have any internal order problems?

When the economy slows down from 10% to 5-6%, that is considered a very slow pace for China and that ends up having political implications. If the Government always promises 5-6% growth at the beginning of the year and cannot achieve that objective, internal political problems are generated.

What benefits does its current alliance with Russia have for China?

Both countries share a very long border. If China has at least a good relationship with Russia, it has to invest less in the military industry. In addition, Russia has a large amount of natural resources of oil, gas and minerals. So an alliance is mutually beneficial from a commercial point of view, but also from a strategic point of view.

Does China have any interest in invading Taiwan?

It wouldn't make any sense.