Toni Ruiz, the captain of Mango

The first document signed by Toni Ruiz (Barcelona, ​​1969) as CEO of Mango ordered the application of an ERTE for the employees of the firm's stores. 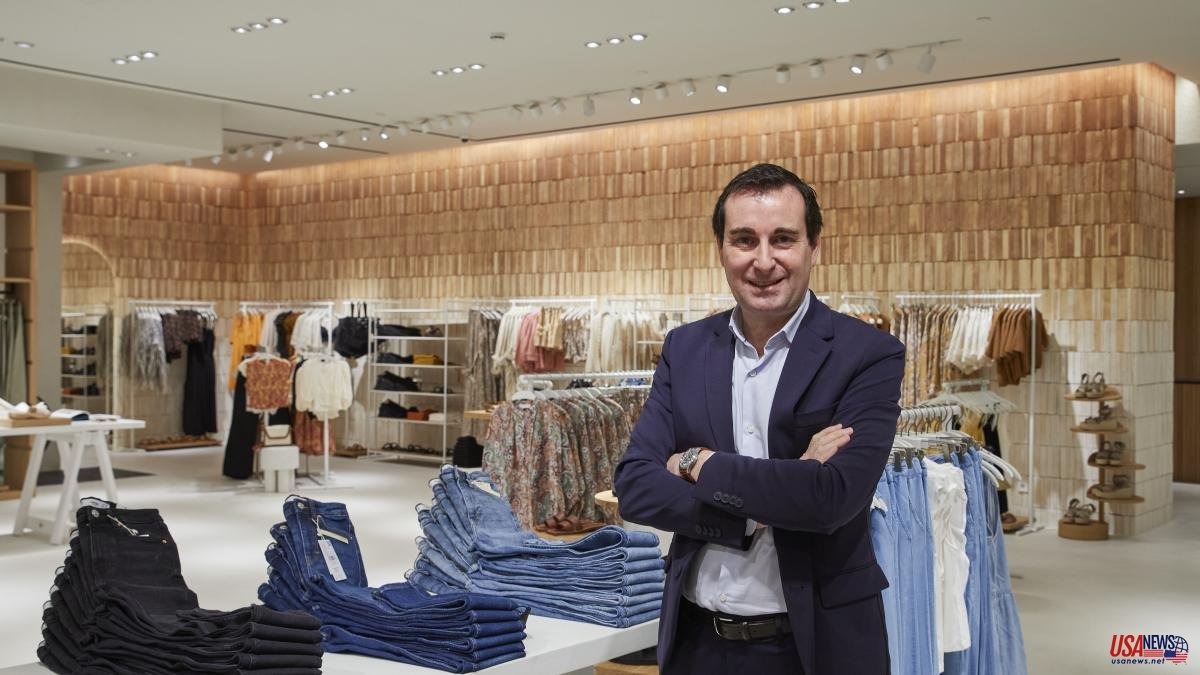 The first document signed by Toni Ruiz (Barcelona, ​​1969) as CEO of Mango ordered the application of an ERTE for the employees of the firm's stores. It was March 2020 and the Government had decreed a state of alarm due to the pandemic. Isak Andic, owner of the Catalan textile group, had just been appointed CEO of the company and had to deal with an unprecedented situation.

Since joining Mango as CFO in 2015, Ruiz has faced significant challenges. The first, the delicate economic situation of the company seven years ago. The second, the covid crisis. But even in these adverse circumstances, Ruiz has managed to transform Mango and give it a new boost. "We are in a sweet moment," he says. He was the captain Andic needed on his ship to set the course.

Mango's owner was personally involved in his signing. He consulted trusted people and one of them, the economist Jordi Canals, recommended Ruiz. "He's your man." The former director general of IESE and Toni Ruiz met at business school, when the latter studied an MBA – he has a degree in Economics. Canals was his tutor and they immediately established a very close relationship. "I consider him my mentor, he has always guided and helped me."

On a work trip to Greece as a director of Leroy Merlin, he received a call from Andic. “The year was 2014 and I had recently moved to Lille, where Leroy Merlin is based, with my family,” he recalls. He had been at the French multinational for sixteen years after starting his career in strategic consulting. In the DIY chain he set foot in a store, gained experience in retail and grew as an executive. “I was very comfortable there, but the change attracted me; Mango had always been a reference company for me; It seemed like a great opportunity,” he says. Perhaps his personal relationship with the fashion world weighed heavily: his paternal family ran a textile company in Barcelona and from a very young age he helped his father, Antonio, in the warehouse.

Shortly after, he joined Mango as financial director. The situation there was more delicate than expected. “When Isak called me I think he didn't have the perception that the company was really in such trouble,” he explains. Commercial expansion and investments had gone too fast and the target had become unfocused. "The net debt exceeded 600 million euros and the EBITDA was around 77 million." It was time to act fast. Ruiz designed a strategic plan that he presented to the banks, renegotiated the debt, rationalized the number of stores and returned to the original customer target. Result: Mango's net financial position today reaches 8 million and last year it earned 67 million despite the pandemic.

Ruiz has turned the company around and pilots its most ambitious expansion plan, with numerous openings planned in the United States and India. This good performance has earned Andic's total trust. From CFO he promoted him to CEO and then CEO.b “I always wonder what he would do in each situation, even though I have full decision-making autonomy.”

In this time he has built a team that he is proud of. "You have to surround yourself with the best," he insists. To recruit this talent he follows a peculiar method. In addition to looking at professional achievements, he asks himself two questions about candidates: “Would I trust you with the keys to my house?” and "Would I want them to be my children's bosses?" “Isak has given us a great responsibility and my goal is to leave the best legacy for those who come after us at Mango”, he highlights.

Very polite and personable, outside of work he spends as much time as possible with his wife, Anna, and their three children. He retains the group of childhood friends and is a great Barça fan... and a Barcelona lover. "I act as ambassador of the city wherever I go." His other great passion is on the other side of the Mediterranean, in the Greek islands to which he travels whenever he can. This summer he will be lost in the Aegean again.