Toni Cantó escapes again, leaves the PP to sign for a chain related to Vox

While half the world looked at England for the death of its queen Elizabeth, Toni Cantó decided to resign. 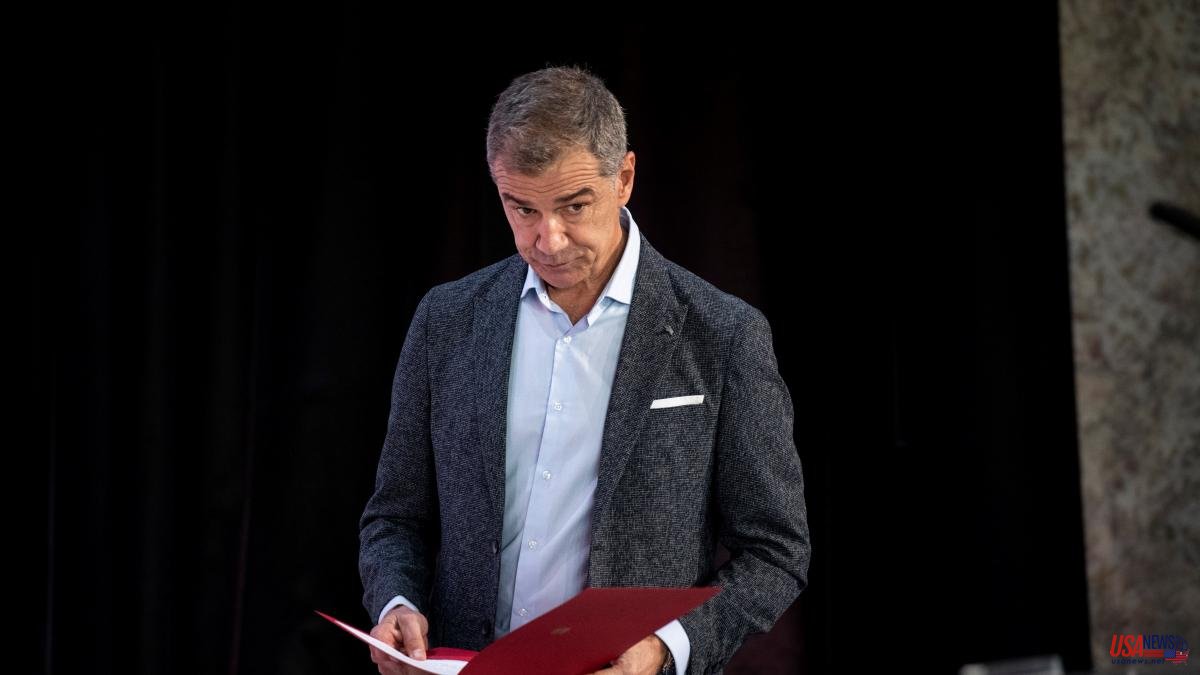 While half the world looked at England for the death of its queen Elizabeth, Toni Cantó decided to resign. The Valencian politician and actor announced on Thursday night that he was leaving the direction of the Spanish Office of the Community of Madrid a year and a half after taking office. But the former UPyD y Cs deputy will not be unemployed for long, having signed on as a presenter for 7NN. A newly minted television channel linked to the extreme right where he will act as a presenter in search of the lost focus in politics.

It was in April 2021 when the former president of the PP, Pablo Casado, and his former secretary general, Teodoro García Egea, decided to impose Cantó on the party's electoral list for Madrid.

All this to the surprise of the candidate and regional president, Isabel Díaz Ayuso, who did nothing to hide her disagreement although, not having the last word on the preparation of the ballots, she ended up swallowing the frog and including the former orange deputy as a number five. A starting position so high that it guaranteed him to finish the electoral night as a regional deputy.

However, the umpteenth exercise in political skydiving after having gone through four parties in just 16 years, was left halfway. After being challenged by the PSOE, the Constitutional Court overturned his candidacy for not having been registered in Madrid long enough to be "eligible". Ayuso got rid of the brown, but only half. She would not have to see Cantó every week in the Madrid Assembly, but she was obliged to make room for him in the structure of her Executive.

With the pulse that she maintained with Casado -and that she would end up winning- still in an embryonic phase, the Madrid leader refused to do without one of her own to accommodate the actor. So, finally, she chose to appoint him director of the Spanish Office. A newly created body with a single member, Cantó himself, at a rate of 75,000 euros a year and with such little activity that it did not take long to be the target of the opposition.

The Valencian took on the assignment and tried to justify it by giving it almost more pomp and circumstance than attributions: "Promote the Spanish language inside and outside of Spain, through collaboration with other institutions and the search for synergies with international cultural entities," read the press release with which it was presented. But his day to day has been very different.

With the agenda empty, he has not missed a single event of the Ministry of Culture of the Community and has taken pains to be noticed in many of Ayuso's official acts. The last one last Tuesday during the satirical, and indescribable, investiture of Ayuso as president of Tabarnia in Madrid.

Although his effort has been in vain. Cantó did not harbor a single possibility of being part of Ayuso's team for the regional elections in May and that is why he has decided to leave voluntarily before being invited to do so.

The indifference is such that, 24 hours after the actor announced his departure, Ayuso still did not speak publicly about it. Not even through social networks. "If his arrival barely altered the president's roadmap, his departure will do it even less," a Puerta del Sol employee summed up yesterday.

The gap left by the Valencian is so irrelevant that the regional government has not even considered covering it. At least not urgently. And the few projects underway, such as the Hispanic Heritage festival organized around the national holiday of October 12, will be diluted in one of the departments of the Ministry of Culture.

Social networks placed Cantó in the ranks of Vox as a natural evolution after having already passed through UPyD, Cs and PP. And in part they have succeeded, because the channel in which she will soon present a weekly program seeks to gain a foothold in the DTT party. The homeland version of the North American tea party and that encompasses the entire amalgam of more conservative political and media actors.