Toni Bou continues to enlarge his legend with his 200 victories

Toni Bou, at 35 years old, still finds no limits in his trial career. 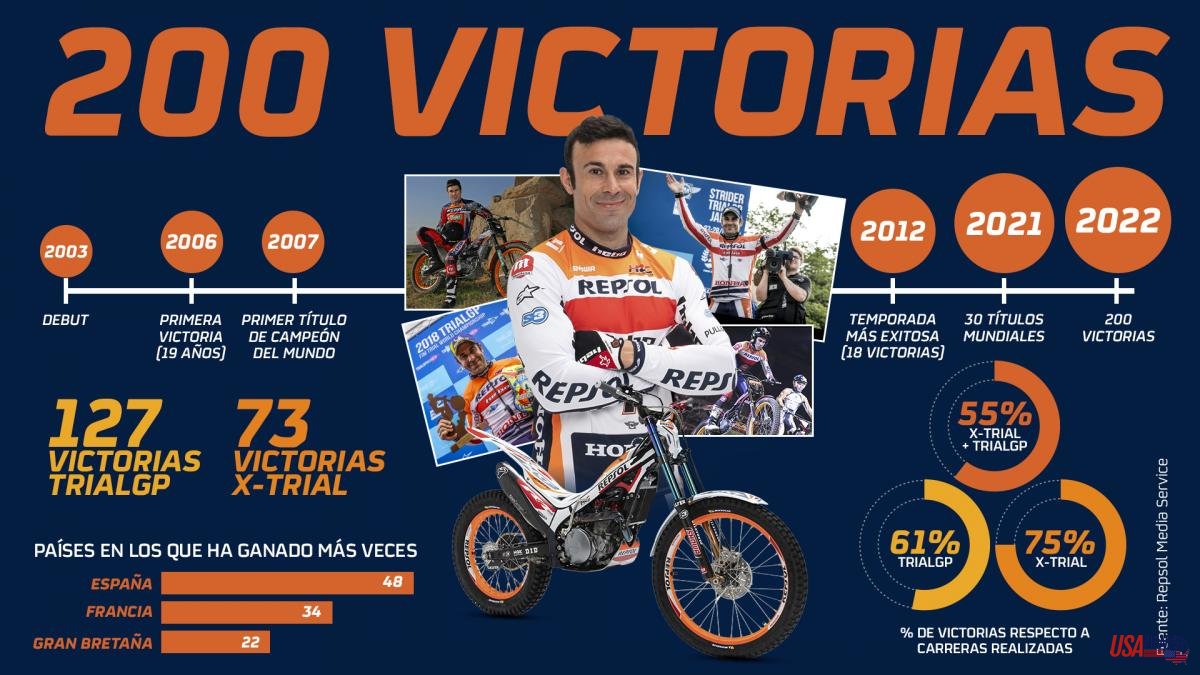 Toni Bou, at 35 years old, still finds no limits in his trial career. The Piera rider achieved his 200th victory in the World Championship on Sunday at the Andorra Trial (adding the indoor and outdoor modalities), a milestone in the specialty only within his reach. To these 200 victories he adds 264 podiums.

Bou, who currently leads the Outdoor World Championship after four events (the two in L'Hospitalet de l'Infant and the two in Andorra), is chasing his 31st world title, having won the last 15 outdoor championships and 15 indoors in a row: all since 2007, when he signed for Honda Repsol.

He debuted in the world championship in 2003 and his first victory came in 2006 with Beta, a brand that he changed in 2007 to Montesa, with which he would achieve his first titles.

This season, in addition to leading the Outdoor World Championship, he is also leading the X-Trial championship with two events to go after the summer.