Ton Mata Moliner, the secret is in the earth

When Ton Mata Moliner (Sant Sadurní d'Anoia, 1970) is asked about Recaredo, the family business that produces prestigious sparkling wines founded by his grandfather, he does not hesitate to answer that it is "an authentic ecosystem". 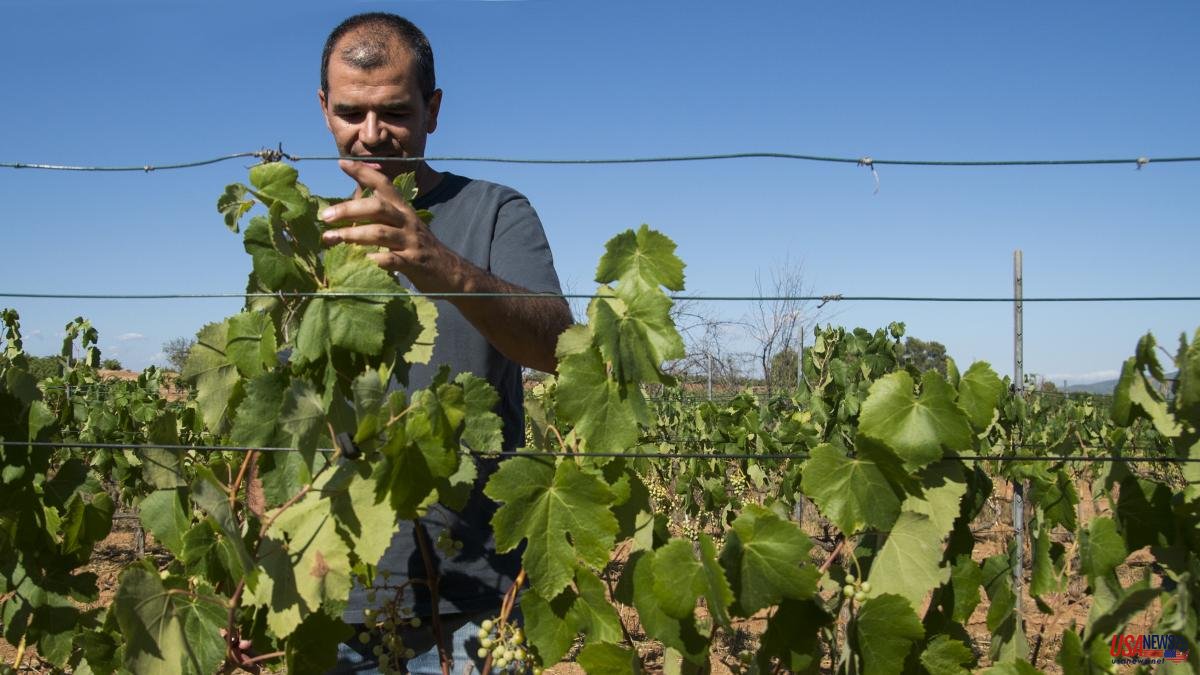 When Ton Mata Moliner (Sant Sadurní d'Anoia, 1970) is asked about Recaredo, the family business that produces prestigious sparkling wines founded by his grandfather, he does not hesitate to answer that it is "an authentic ecosystem". He looks for parallels with nature and admits that while his 80 hectares of own vineyards, of which they are self-sufficient, are cultivated following the parameters of biodynamic agriculture, his business organization still has a long way to go. “We seek, beyond being profitable and achieving good results, to be environmentally and socially sustainable”, he explains.

This aeronautical technical engineer, agricultural technical engineer, MBA in business management and EADA in family business management joined Recaredo in 1996, after a master's degree in viticulture and oenology and having trained in Champagne. In 2010 he was already in charge of the general management of his family business. Nine years later, he assumed the position of CEO and promoted Ferran Junoy (a professional from outside the family) to general management.

The responsibility of an involved staff that agreed to lower their salary during the worst of the pandemic but who, after the great results obtained last year, have seen how the money not received has been returned to them has been increased. They closed 2021 with a turnover of 5.3 million euros, 30% more than the previous year, with a production of almost 300,000 bottles of sparkling wine. In 2020, its sales fell to 3.5 million euros, a figure notably below the 4 million in 2019, or the 4.1 in 2018. Its exports have grown to 20% of total production, and they have opted for a wine tourism that attracts some 8,000 annual visits. They are already beginning to think about celebrating the centenary in 2024 since their grandfather, Josep Mata Capellades, entered the wine sector.

They proudly defend what makes them unique: they make 100% of their own native grapes harvested by hand on their property, they raise 100% of their sparkling wines with a natural cork stopper "for technical, environmental and historical reasons" butchering by hand. They also use indigenous yeasts and musts for the second fermentations in the bottle (they have eliminated cane sugar for this) and follow a model of qualitative rainfed viticulture. He yearns for the union of the quality sparkling wines of the Penedès, although he practically rules out his return to the DO Cava after having promoted the European collective brand Corpinnat in 2018, which he has chaired since its foundation. He affirms that this association of processors has been “a catalyst that has positively shaken the sector”. It highlights its high standards of "rigorousness and demand".

Now its old cellars are under construction. Recaredo has decided to stay in the center of the town of Sant Sadurni d'Anoia, ruling out building a new winery in one of his vineyards. Practically, they make a new, more functional winery, in which they invest a total of 2 million euros until 2024. After this investment they want to undertake the construction of another new winery, this one integrated into the landscape between vineyards, to produce their still wines, under the Credo brand. They will invest between 1 and 2 million euros. They already produce some 150,000 bottles of still wines a year, which have achieved good international penetration. For their wines they do buy grapes from some suppliers, with whom they have forged a close alliance.

Ton Mata is modest, introverted, somewhat shy, very family-oriented and passionate about his work. His children have made him interested in football. Much of his leisure time is devoted to a project that he promotes with his wife, Encarna Castillo. These are Bufadors Celler, a micro-winery of natural sparkling wines in Can Rossell de la Serra (Torrelavit) and a vineyard in Cadaqués whose white grapes have been produced since 2021. He affirms that “work and hobbies are confused in family projects that are a way of living and also of enjoying”.