Together, with his abstention, he facilitates the reprobation of the Minister of the Interior in the Parliament

JxCat has facilitated with its abstention that the PSC-Units motion that proposed to disapprove the management of the Minister of the Interior, Joan Ignasi Elena, has gone ahead, the first one that is agreed in Parliament in this legislature. 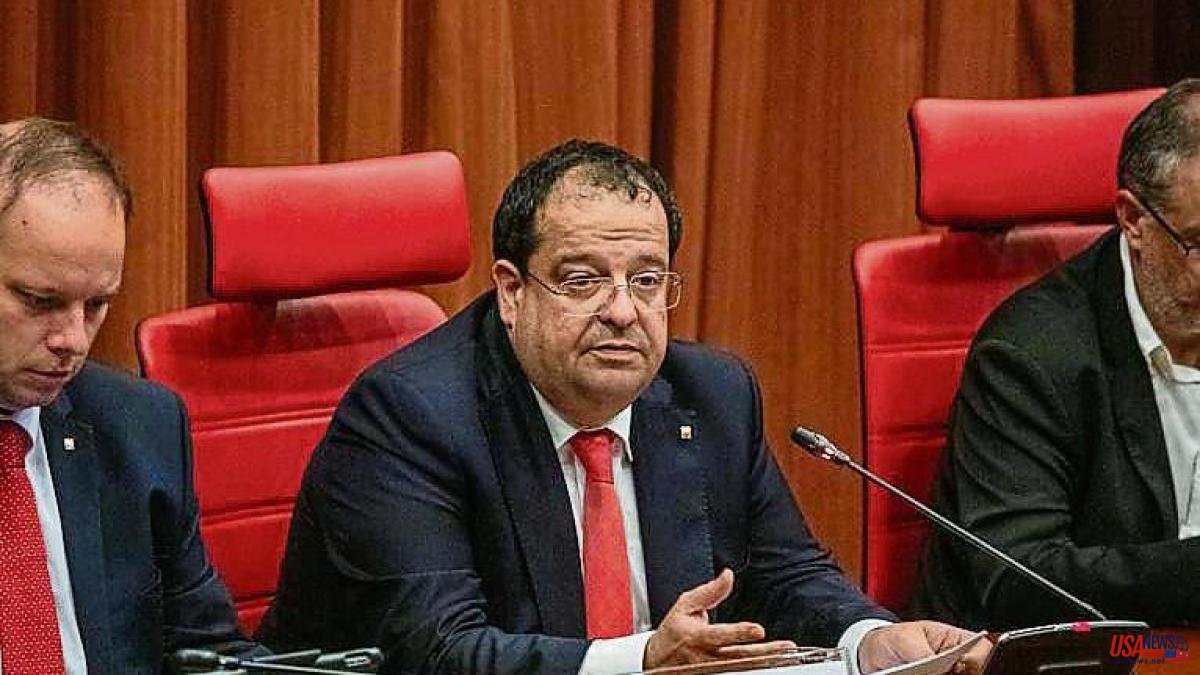 JxCat has facilitated with its abstention that the PSC-Units motion that proposed to disapprove the management of the Minister of the Interior, Joan Ignasi Elena, has gone ahead, the first one that is agreed in Parliament in this legislature. Although on previous occasions an attempt was made to reprove the Minister of Education, Josep González-Cambray, the Socialists always stopped it. Now, with the ERC government alone, PSC and Junts have joined forces to show once again the parliamentary weakness of the Executive of Pere Aragonès.

The PSC motion has gone ahead with the votes in favor of the PSC, Cs, PPC and Vox; the abstentions of Junts y comunes and the votes against of ERC and the CUP. This circumstance has led the spokesman for the PSC-Units, promoter of the initiative, Ramon Espadaler, to have evidenced in the parliamentary debate that Minister Elena has remained as at the beginning of the legislature, only with the CUP.

The approved motion denounces the long period of instability in the leadership of the Mossos as a consequence of the changes promoted by Minister Elena, changes that are also considered unjustified because they "respond to arbitrary and unilateral decisions" that "exceed" the power of the holder of Inside. Thus, the minister is urged to "refrain from further interference" in the police force.

But in addition to the "purge", according to the Socialists, that the minister would have carried out in the direction of the body with his changes, the motion emphasizes the lack of a new general security plan for Catalonia, which is required by law and which has expired since 2019; the "unjustified" delay -according to the socialists- of the signing of the collaboration agreement between the Mossos and the Urban Police to collect complaints of gender violence or access the digital data bank, and finally, the "inaction" demonstrated in terms of traffic, by not having arbitrated a mechanism that allows the fines imposed on European offenders on Catalan roads to be collected.

The controversies carried out by Minister Elena -former deputy of the PSC in another era- in recent months have caused the hardening of the discourse of those of Salvador Illa towards his management. In fact, the Socialists have been demanding the dismissal or resignation of the leader for weeks.

With the disapproval approved this Thursday in the Catalan Chamber, socialists and post-convergents send a clear message to ERC. The warning that comes at a decisive moment, in the middle of the negotiations for the approval of the Generalitat's budgets, and the conclusion of the work of the police model commission. But also in terms of the possibilities of prospering of the police law that Minister Elena planned to take to Parliament before the end of the year, a law that, according to what he said, would incorporate the conclusions approved within the commission on the police model.

In the PSC they have embraced the defense of the body, security and public order in the face of the "defencelessness" that, in their opinion, Mossos agents suffer as a consequence of ERC policies in the Government, "at the dictation" of the C.U.P. At the same time, in Illa's party they are aware that insecurity is an important aspect for the municipalities where they govern, such as Barcelona and the metropolitan area, and where Vox tries to take advantage of it with a belligerent discourse.

In the debate on the motion, Espadaler has denounced the "instrumentalization" and "politicization" that in his opinion the minister has been carrying out in the Mossos, to the point of "putting the stability" of the body at risk, as the Prosecutor's Office has indicated. Superior of Catalonia in Parliament, as the deputy recalled. Espadaler summed up the minister's management by recalling the scathing epitaph about Cardinal Richelieu: "He has done good things badly and bad things well."

Ciudadanos has shown full support for the motion, vindicating the figure of the mayor Josep Lluís Trapero, "vilified" by the ERC department, while Junts has tried to mark distances between "victimism" shown by the PSC and "the extremism of the government in minority" of CKD.

The post-convergents have warned against the "smear campaign" that they want to use "in an electoral key", a "war" between the ERC and the PSC, which reaches "the personal", they have lamented, and with "the Mossos as a throwing weapon ". Although they consider that "Mr. Elena needs to improve a lot", they also believe that there is "a central lane" through which to run in matters of the Interior, stressing the importance that the Mossos "have sufficient tools to do their job".

On the other hand, ERC has defended that the socialist motion "is not going to help the Mossos or security policies", and on the contrary "it is only looking for a headline", a "media impact with partisan objectives" and "right-wing" that they do not share

At the end of the vote, the minister expressed his opinion on what happened in the chamber through social networks: "the four Spanish rights of Parliament, led by the PSC, united in defense of their outdated police model", he lamented, against which "we will continue working to guarantee the security, rights and freedoms of all citizens and, particularly, the most vulnerable".