To the Khelaifi goes back to attack against the Barça

Nasser Al Khelaifi, president of PSG and the ECA (European Club Association), has once again attacked Barça for the extraordinary income it has obtained this summer thanks to the sale of the club's assets, the famous 'levers'. 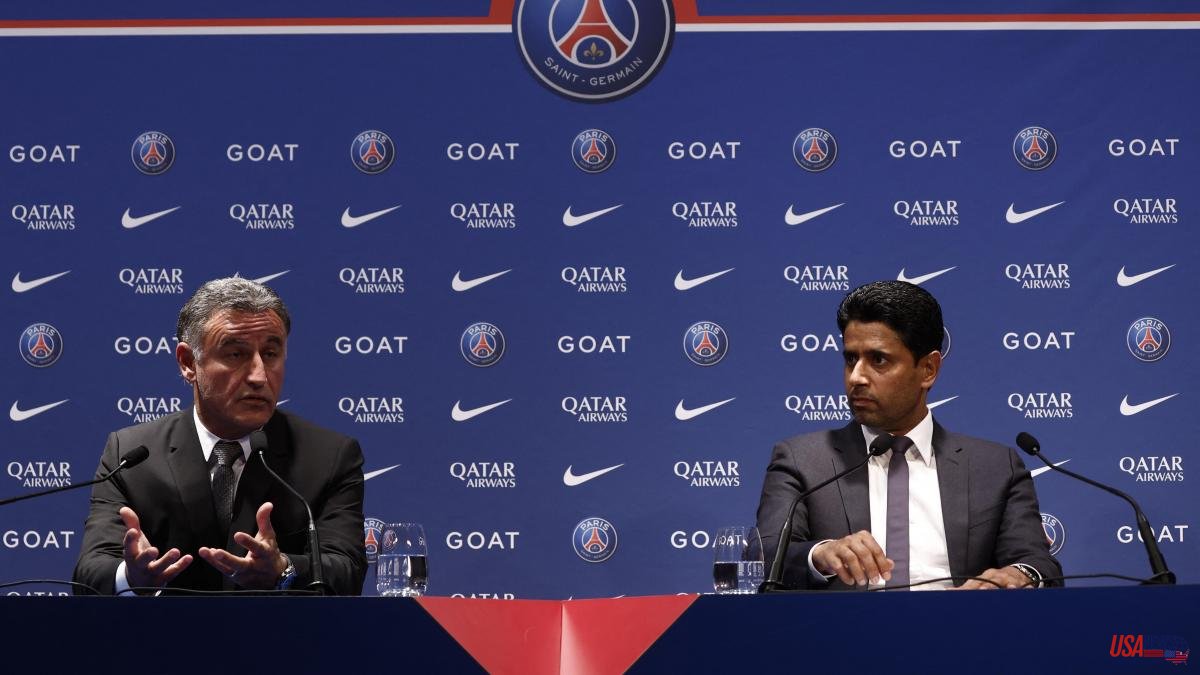 Nasser Al Khelaifi, president of PSG and the ECA (European Club Association), has once again attacked Barça for the extraordinary income it has obtained this summer thanks to the sale of the club's assets, the famous 'levers'. The Qatari believes that these operations are not "fair" within the framework of financial fair play and doubts their legality.

"Is it fair? No, it's not fair... Is it legal? I'm not sure," explained the Parisian leader in an interview on Politico, who trusts UEFA's control to clarify his doubts. "Of course, they have their own (financial) regulations. Surely they are going to look at everything," he indicated regarding the possible investigations of the European body.

Al Khelaifi already praised UEFA's "new financial sustainability rules" a few days ago, which he considers "a positive development". "But we have to be careful. Dangerous levels of debt and magical capital agreements are not a sustainable path," he warned, however, on Friday, referring to Barça's 'levers'.

On the other hand, it should be remembered that PSG has been repeatedly accused of inflating its budget with off-market sponsorship contracts, with direct financial injections from Qatar, and has recently been financially fined for failing to comply with financial fair play regulations.

Since Qatar took control of PSG more than a decade ago, with Al Khelaifi as the visible head, various historical clubs in Europe, including Barça and Real Madrid, have denounced the financial mechanisms of the so-called clubs-state, among which includes the French champion and Manchester City.