Tània Verge, the councilor who paves the way for equality

As a good orchid hunter, Tània Verge (Reus, 1978) enjoys both nature and excursions. 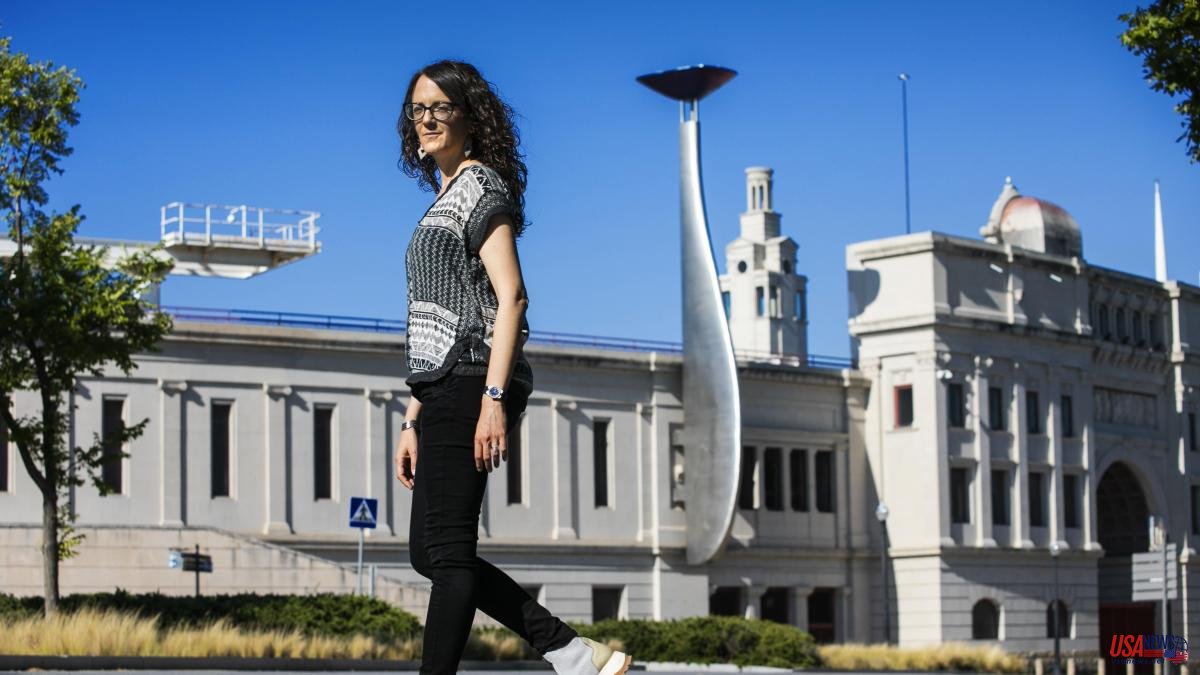 As a good orchid hunter, Tània Verge (Reus, 1978) enjoys both nature and excursions. Through the mountains of Prades, but also in the Pyrenees, or in the Llobregat delta, the Minister of Igualtat and Feminismes of the Generalitat goes in search of new species of wild orchids, which she simply observes and photographs. She is not allowed to pick them and she doesn't even think of it: “I don't pick a daisy”, she laughs. But Verge is not a botanist, but a political scientist, Professor of Political Science at Pompeu Fabra University (UPF) –now on leave–, and with the same passion that she puts into the delicate orchids, she addresses the policies of equality and feminism that should permeate the entire action of the Catalan government.

The newly created department that he directs has a budget of 92 million euros, double the resources allocated to equality policies up to this legislature. The agenda of the mandate, which began in May 2021, foresees two legislative projects –a trans law and another against racism– and a modification of the equality law. And among the great objectives, he cites a couple: the first, in the field of sexist violence, to establish a model for dealing with sexual violence, which is suffered most frequently by women of all ages; the second, to strengthen the equal treatment and non-discrimination office, set up with the Department of the Interior, which even provides for ex officio actions if necessary, especially if it is the administration that discriminates.

Verge can be seen from time to time on Montjuïc, the urban alternative for her walks. Barcelona is her host city, and where she studied Political Science at UPF. She later did a master's degree in international cooperation at the Complutense University of Madrid, and between that and the doctorate she lived there for six years. During this period, he volunteered for NGOs in the field of refugees, an experience that has earned him: his ministry is in charge of the reception policy and in recent months has managed the arrival in Catalonia of thousands of refugees from the war in Ukraine.

As part of his academic training, he did a postdoctoral stay in the United Kingdom. His line of research has focused on gender and politics, power relations in parties and resistance to the implementation of equality policies. Back in Barcelona, ​​he began to teach at the university, but his main job was at the Center d'Estudis d'Opinió (CEO), the body of the Generalitat that carries out demographic surveys –of voting intention among others–, where she was a senior analyst from 2007 to 2010. That year, a full-time position at UPF came up, she won it and she was still there when Pere Aragonès signed her in 2021 for the Government. Along the way, she has collaborated as an equality technician with different institutions, including the Parliament and the Síndic de Greuges.

She is not a member of any party, but since she was a child she remembers at home “discussing what is happening in the world and commenting on the news”, especially with her father, who had been a member of a left-wing party from a very young age. The independence movement was not the political tradition, but as it happened in other families during the procés, they moved in that direction.

Feminism, on the other hand, has been a vital continuum. At school, when she was 12 or 13 years old, she starred in her first feminist action in the class representative election, when she set up “a conspiracy with the other girls to all vote for the same one”, she explains. She was chosen and the following year they repeated. She also assembled the first women's handball team.

Among her hobbies she mentions handicrafts, she likes to make fabric earrings, and also to paint. She reads both literature and essays on feminism and anti-racism, two areas of his interest. And when it comes to music, he chooses rock and singer-songwriters, citing among his favourites, the Portuguese group Deolinda, Paco Ibáñez and Lluís Llach.

In college years he met his partner. He wasn't her first boyfriend, but almost, she laughs. They have been together for 23 years and he is also a university professor. They share hobbies, of course searching for orchids. "We like to walk and we have planned many vacations taking a rural house and going for walks, always looking to see what orchids there may be in that area," he says. The orchid season is short and ends at the end of July, earlier in a hot year like this. They will have to wait for February.