Tite, Brazil's coach, confirmed that Neymar will play tomorrow's World Cup round of 16 match against South Korea, but did not specify whether he will play from the start or as a substitute. 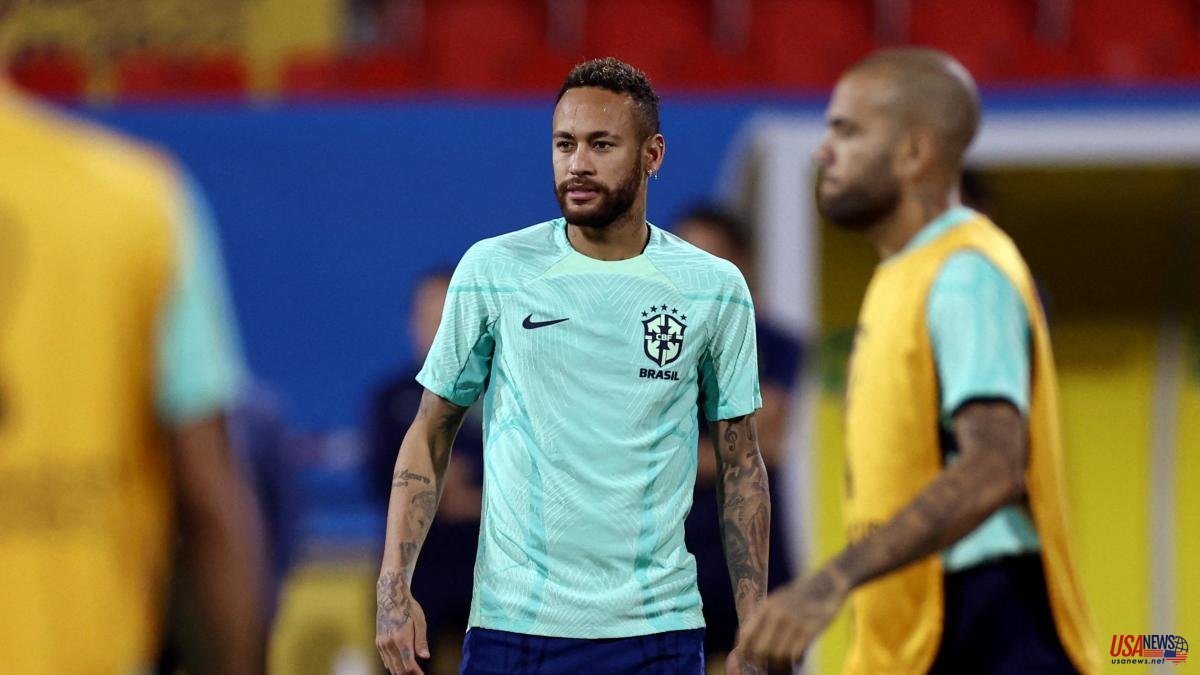 Tite, Brazil's coach, confirmed that Neymar will play tomorrow's World Cup round of 16 match against South Korea, but did not specify whether he will play from the start or as a substitute. The Brazilian coach began his press conference prior to the match against the Koreans confirming the presence of the '10' in the duel this Monday. "He is going to train today in the afternoon and he will be in the game. He is going to do specific work, so I cannot anticipate any situation. He will train and if he is well, he will play," Tite said.

Neymar trained this Saturday for the first time with the ball since he suffered a ligament injury in his right ankle in the first game against Serbia. "We, my coaching staff and I, pay the price of being better, but not that of health. If Neymar plays it's because he has the green light from the medical department. I prefer to play, if I can, with the best from the beginning "added the Brazilian.

The Brazilian will play his first minutes after recovering from the right ankle ligament injury he suffered against Serbia. The striker trained for the first time this Saturday with his teammates, after several days of recovery at the hotel.

Brazil will seek the quarterfinals of the World Cup against South Korea on Monday, after losing their last group stage match against Cameroon. The Koreans left Uruguay out at the last minute and achieved one of their most prestigious victories against Portugal, warning signs for a Brazil that has lost its aura of invincibility with the defeat against Cameroon.

Coupled with the loss of the team, the Brazilian team sights the quarterfinals in an urgent situation, with two players injured and out of the expedition, two hit and one in the recovery phase. It is not the ideal situation for Tite and his team against a South Korea willing to surprise.

The problems for Brazil come from the sides, since the only one who is 100% is Dani Alves, and this is not a reliable option for this stage of the tournament. Alex Telles is not going to play again and Alex Sandro is touched. Faced with this situation, Tite will have to line up Éder Militao in the right lane and Danilo, a changed band, in the left. The Juventus full-back at least has experience in that position, but he is not the ideal option for a Brazil accustomed in the past to Roberto Carlos, Cafú and Marcelo, and who will now have to play with two full-backs depleted for not being in their position .