She was a poor girl from Northern Italy, one of many precocious workers in a textile factory. 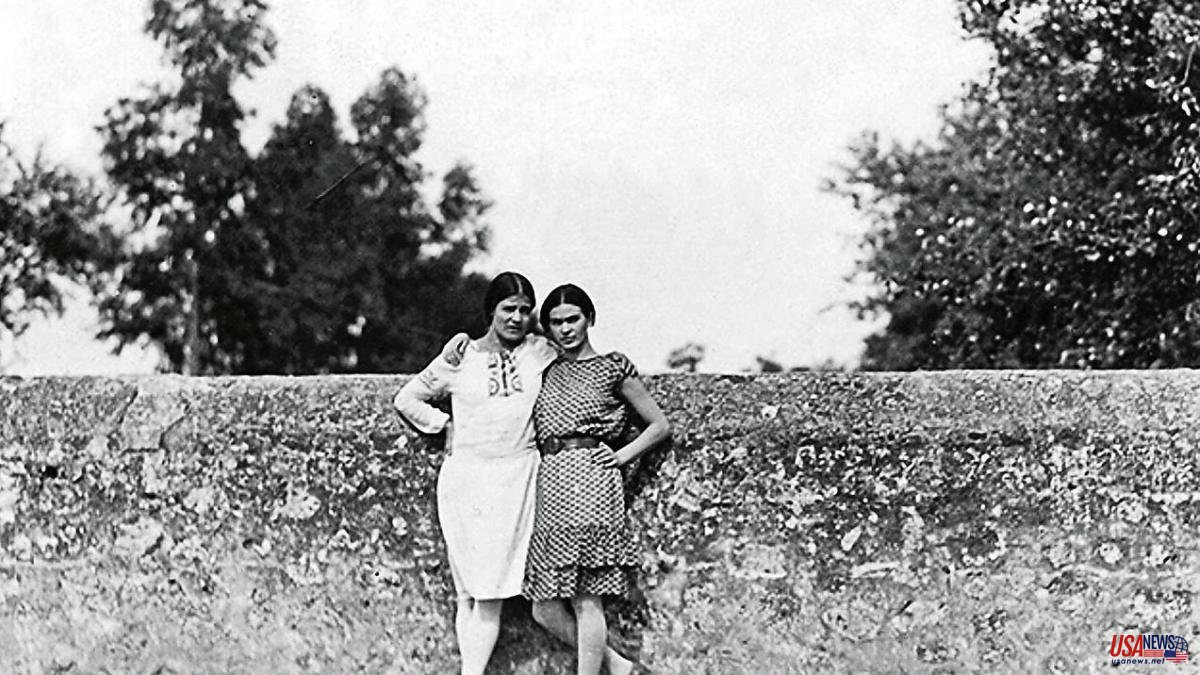 She was a poor girl from Northern Italy, one of many precocious workers in a textile factory. Her destiny changed when she immigrated to San Francisco at the age of 16, following the path followed by her father. The wheel would never stop going at breakneck speed. She was a model and actress in Los Angeles, where she played femmes fatales.

And, early married to a young poet from Oregon, at the age of 25 she was already in love with a master of 20th century photography, Edward Weston, with whom she became an exceptionally avant-garde photographer – her powerful images of flowers recall to those of Mapplethorpe but half a century before – although he would devote himself above all to social realism. She would end up portraying like no one else the popular and political life of the effervescent post-revolutionary Mexico of the twenties, of which her photographs, like a crossed hammer and sickle on the crown of a Mexican hat, would be symbols of her.

A Mexico in which she would be Diego Rivera's lover – they attribute the separation from his first wife to her – and Frida Kahlo's friend, and in which, in the midst of the global struggles between Stalinism and Trotskyism, particularly virulent in the The Mexican capital, Trotsky's murder included, would be involved – she was questioned, but no one could prove her participation – in deaths like those of her lover Julio Antonio Mella, an attractive young Cuban communist murdered by her side in 1929 at just 26 years old.

A death attributed both to the dictator of Cuba, Gerardo Machado, and to Vittorio Vidali, the tough Italian Stalinist with whom the photographer would share more than a decade and with whom she would end up in the USSR or in the Spanish Civil War, where she was a leader del Socorro Rojo and even a nurse from Pasionaria before ending up back in Mexico, where she died in a taxi at the age of 45. To some, she was poisoned by the regime she fought for.

The great photographer, who left barely 400 snapshots due to her commitment to politics –“She became a kind of communist nun”, said Diego Rivera–, was Tina Modotti (Udine, 1896-Mexico City, 1942). She consumed one life after another without hardly breathing and now, until October 2, the Cerralbo Museum in Madrid is dedicating an exhibition to her within the PhotoEspaña festival with 108 images that relive a convulsive historical moment.

Powerful avant-garde images but, above all, an immersion in a Mexico full of contrasts in which he shows the dignity of its inhabitants, creates symbols and portrays his political moment, such as Rivera and Kahlo leading the artists' union on May 1, 1929. Reinhard Schultz, co-commissioner of the exhibition, recalls that a couple who got married in Modotti's house, but that they would soon withdraw their word because they would follow Trotsky's line against the orthodoxy of the Italian.

María de las Nieves Rodríguez, the other curator of the exhibition, says that “recovering Tina's memory at this time is fundamental not only to understand social movements in Latin America but also the development of documentary photography: with her arrival in Mexico In 1924, Weston and Modotti opened the way to all of Latin America, in Mexico their legacy can be traced in numerous photographers who approach reality in a more avant-garde way”. And she recalls that the 108 photographs are a good part of “the almost 400 of the totality of the work that we know, made between 1924 and 1931. From 1927 he dedicated himself to the revolution and photography was put at the service of a greater cause .

In 1929, he wrote the only document on photography that he produced and said that it must be a document, a witness to life in which the artist cannot be an architect, he must disappear, the document must be the witness of what happens”. Thus, he explains, in the exhibition "there are photos that are propaganda, such as the one of the cartridge belt, the guitar and the sickle: in post-revolutionary Mexico the first president, Álvaro Obregón, the great national rebuilder, wonders on what basis to rebuild it with a great illiterate mass. They bet on muralism and photography, there are murals by Rivera made from photographs of Tina.

In fact, their images, reproduced ad nauseam in magazines and newspapers, translated the revolution to the people: they understood it, they had lived it, the corn, the weapons and the music, the revolutionary songs they had lived in the trenches. They did not need translation in that Mexico that is becoming the American Paris, the center of the avant-garde where many foreigners arrive because there is a movement of light with which they want to build a utopian nation from art”, he concludes.