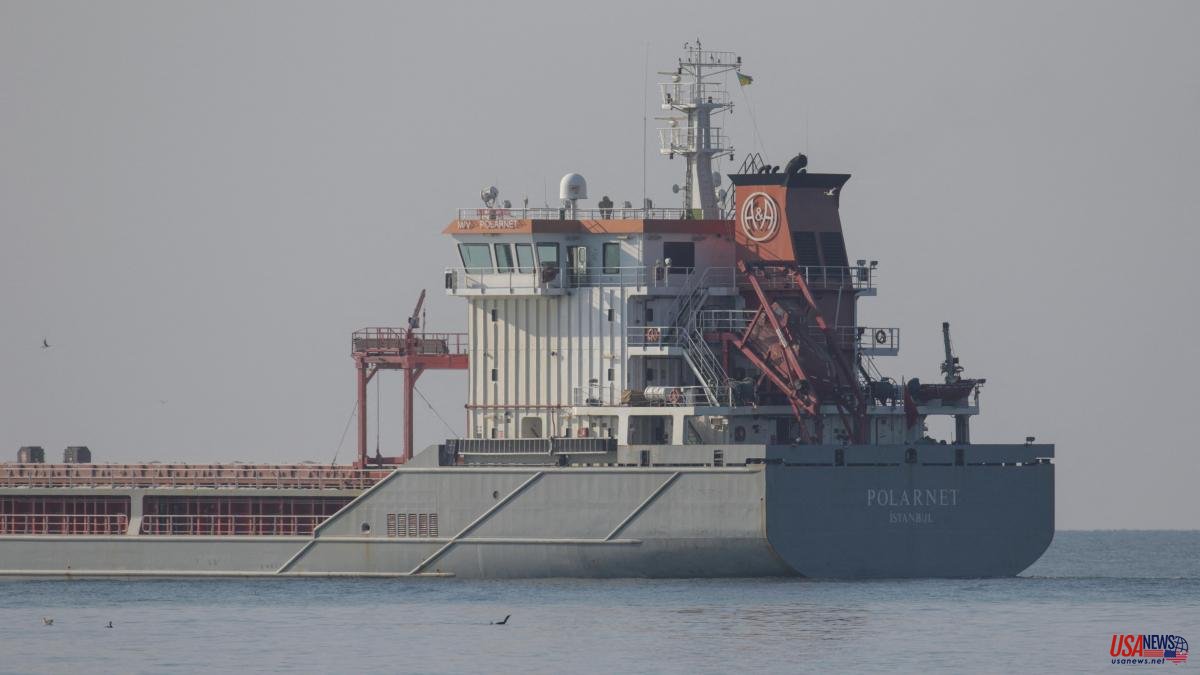 New good news for world grain trade. It seems that the departure of the first bulk carrier from Ukraine since the Russian invasion on Monday will not be the only one to sail from the war-torn country and that it actually marked the resumption of grain exports, as agreed by Kyiv and Moscow, with the help of Turkey. and the United Nations.

The Ukrainian authorities reported this Friday the departure from the port of Chornomorsk, in the Odessa region, of a convoy of three ships with more than 58,000 tons of grain, destined for Turkey, the United Kingdom and Ireland. These are the three bulk carriers Navi Star, Rojen and Polarnet, which had been loaded for days waiting for the departure order.

It is the second operation through the corridor established under the supervision of Turkey and the United Nations, after the one carried out last Monday by the Razoni ship with 26,500 tons of grain. These operations follow the agreement reached on July 22 between Russia and Ukraine, through the UN and Ankara, to unblock the tons of Ukrainian cereals and alleviate the world food crisis.

The Razoni sailed from Odessa and some thirty-six hours after her departure crossed the Bosphorus to the Lebanese port of Tripoli. Russian, Ukrainian, Turkish and United Nations delegates inspected the ship anchored off the coast north of Istanbul to make sure it was not carrying weapons.

Infrastructure Minister Oleksandr Kubrakov expressed in a message his hope that the security guarantees, which are supervised by Turkey and the UN, will "continue to work" to achieve a "stable and predictable" export of grain. Both Turkey and the United Nations announced yesterday the departure of the three ships, work that is prepared and supervised by the Joint Coordination Center (established last week in Istanbul).

Monday's shipment of grain was the first destined for international markets since the start of the Russian invasion of Ukraine in February. Some 20 million tons of grain have been blocked in Ukrainian ports since the start of the war in February, unable to be exported due to risks related to Russian attacks and floating mines placed by Kyiv. With the current agreement, which guarantees safe routes from the ports of Odessa, Chornomorsk and Pivdeny (Yuzhni), it is hoped that a food crisis and famine will be avoided.