Exactly a month ago Barcelona played their last game. 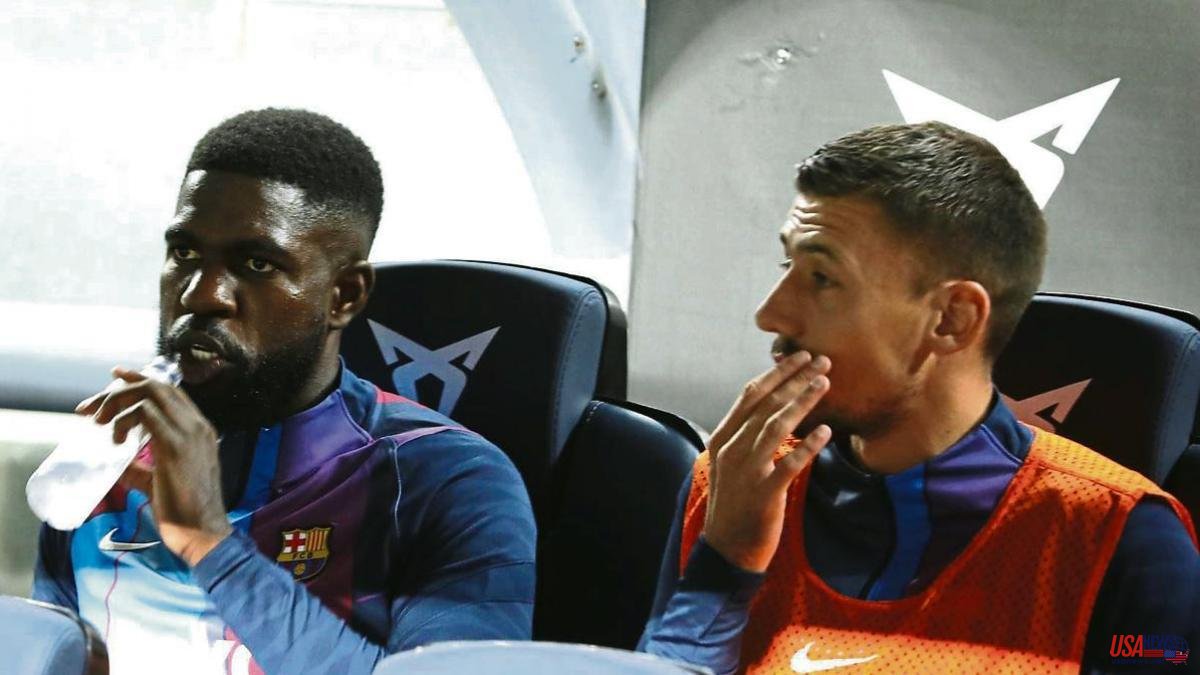 Exactly a month ago Barcelona played their last game. It was a friendly in Sydney. The League had ended three days earlier, with a defeat (0-2), the thirteenth of the course, at the Camp Nou against Villarreal. Before receiving the team from Castellón, coach Xavi Hernández had an individual conversation with some members of the squad. He wanted to personally communicate to the footballers that he did not count on them for the 2022-23 season.

Xavi spoke face to face with Neto, Mingueza, Umtiti, Lenglet, Riqui Puig and Braithwaite. Except Umtiti none traveled to Australia. But the six discards continue without specifying their departure from the Camp Nou. On July 4, in less than ten days, Barça returns to work and nobody should be surprised if all of them are present. The only sale has been that of Jutglà, attached to the subsidiary. For their part, Alves, Adama and Luuk de Jong finished their contract.

The problem in most cases is the salaries that these players are guaranteed. Bartomeu's Barça paid even better than the club-states. Newcastle, owned by a Saudi sheikh since October, have bought goalkeeper Nick Pope from recently relegated Burnley and will pay him less than half the salary Neto was signed for in 2019, which is close to six million.

Obviously, the case of the Brazilian, formerly of Valencia, is even more unacceptable as he is Ter Stegen's substitute goalkeeper. In the last season he has only defended the Blaugrana goal four times and never put the padlock on it.

About to turn 33, everything happens by assuming that his salary is out of the market and that, wherever he goes, he is forced to cut it.

In a similar situation are Clément Lenglet and Samuel Umtiti, with a variable that still favors the French more. After the respective last renewals, both have four years left on their contract. Until 2026! However, for different reasons, both have fallen out of favor. Umtiti, who was world champion in Russia in 2018 starting 6 games, has only played one game (in Pamplona) in the entire season due to a badly healed knee injury, which undermines his credibility for high-level football . For his part, Lenglet, who last summer went to the European Championship with les bleus, has only started 11 times. It is so evident that if he still dreams of being in Qatar 2022 he should look for minutes away from Barça as his salary has already pushed back the interest of Olympique de Marseille and Tottenham.

Accustomed to such reluctance, in Òscar Mingueza Xavi he found understanding. His speech, assuming that he had not lived up to it, moved the technician. The youth squad, one of those who earns the least, had a good performance in the defense of three central defenders and two Koeman lanes but suffered in the Terrassa coach's schemes. He is the one who has most internalized the change of scenery. His agents handle offers and Valencia does not lose sight of him.

It has cost him but Riqui Puig is also aware that his career must take another course. His participation has not increased with the replacements on the bench and he has barely played 11% of the minutes this course. In August he turns 23. Perhaps with the promotion of Girona an unexpected door has been opened for an interior that needs the ball a lot like him.

Martin Braithwaite, former striker for Leganés, Middlesbrough or Toulouse, has already announced that he does not want to move from Barça, although he admits that he plays more for the Danish team than for his own club (5 games). Braithwaite also plays his participation in the World Cup.

At the club they are upset with the immobile attitude of Neto, Umtiti and Braithwaite himself. And for the first time they are considering taking drastic measures, as happened last summer with Matheus Fernandes, whose contract was unilaterally terminated.

Far from closing any of those discards, there are six days to go before Miralem Pjanic, who spent a season on loan at Turkish side Besiktas, returns. The 32-year-old Bosnian midfielder has not convinced in his time in Istanbul where in 26 games he has seen more reds (1) than goals he has scored (none). His idea is to hurry up the two years remaining on his contract. The jam at the exits threatens collapse.