This will be the celebration of Real Madrid: schedule, route and party at the Bernabeu

Real Madrid have been proclaimed champions of Europe for the fourteenth time in their history after defeating Liverpool this Saturday (0-1) in Saint Denis, thanks to a goal from Vinicius Junior in the second half of the final. 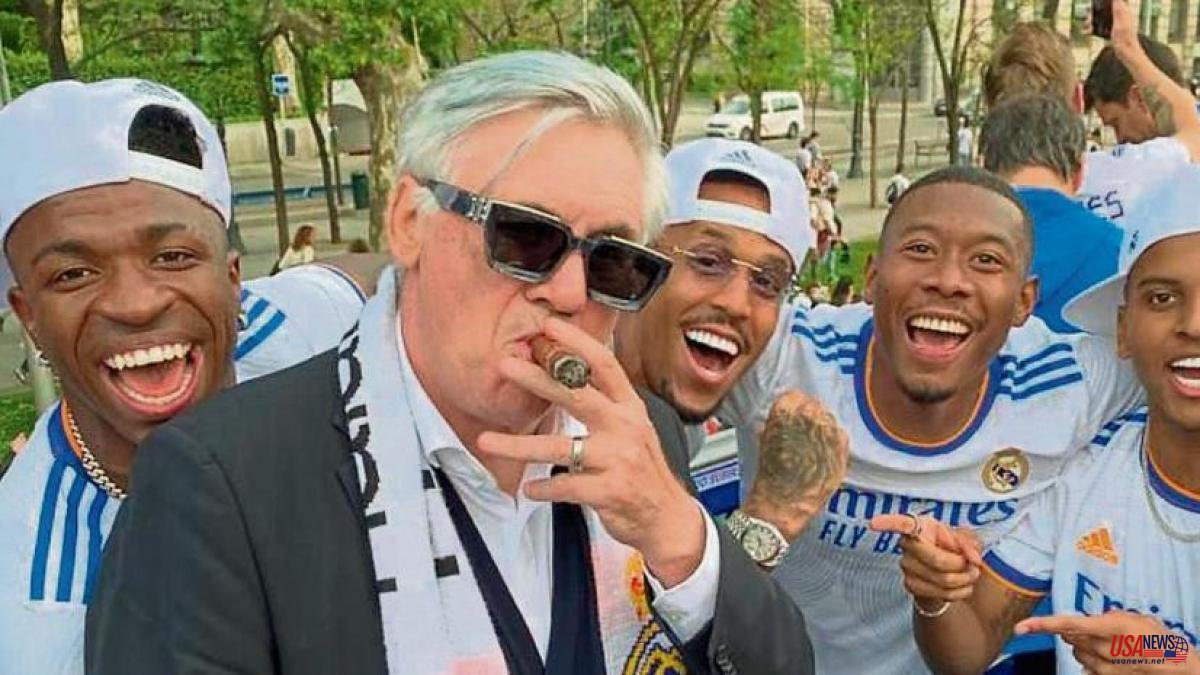 Real Madrid have been proclaimed champions of Europe for the fourteenth time in their history after defeating Liverpool this Saturday (0-1) in Saint Denis, thanks to a goal from Vinicius Junior in the second half of the final.

The whites will give themselves this Sunday afternoon their mass bath after achieving the 'orejona' again. Carlo Ancelotti's team will leave the Santiago Bernabeu stadium at 6:00 p.m. and will visit the Almudena Cathedral at 6:15 p.m.

He will then go to the headquarters of the Community of Madrid around 7:00 p.m. and, around 7:45 p.m., to the City Council. It will continue its route to Plaza de Cibeles at around 8:40 p.m. to return at 9:10 p.m. to the Santiago Bernabeu, where the big Decimocuarta party will begin at 10:00 p.m. For fans who cannot attend the parade this afternoon, Realmadrid TV will follow all the details of the celebration live.

More than 50,000 people, according to the Government Delegation, gathered last night in the Plaza de Cibeles to celebrate the victory. The fans began to arrive at the place shortly before the end of the match at around 11:30 p.m., and by 1:00 a.m. this Sunday, more than 50,000 people have already been counted, with the number of attendees rising due to “mass” attendance.

With scarves and flags bearing the club's shield and name, attendees crowded around Cibeles, where they chanted "I'm not going to love you" or "we are the kings of Europe", among others.