This time Iran does sing its anthem

The Iran national team players did not stand up to their challenge to the government of Ebrahim Raisi. 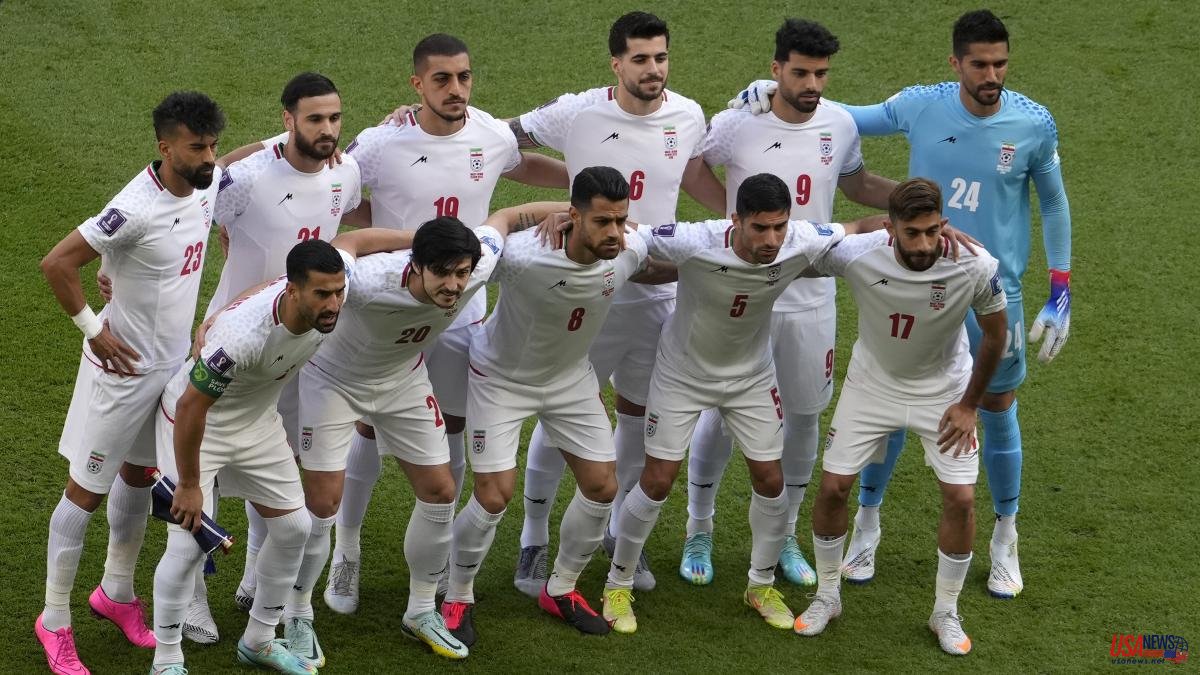 The Iran national team players did not stand up to their challenge to the government of Ebrahim Raisi. The Iranian internationals did not repeat their protest from the opening game and this time they did sing the national anthem before facing Wales in the second game of the World Cup.

The murder of the young Iranian Masha Amini in September at the hands of what is known as the Iranian morality police for not wearing the veil properly aroused a true wave of solidarity in the country, which has since manifested itself against the regime in protests inside and outside the country that have led to harsh repression by the government of Ebrahim Raisi, which punishes those who dare to criticize the regime with death.

In the world of football, Iranian internationals have positioned themselves from the outset in support of the women of their country. In a friendly before the World Cup against Senegal played in Austria, the players took to the field covered with a black jacket in rejection of the repression of the regime in their country. "I can't keep quiet. If the punishment is being kicked out of the squad, that's a small price to pay. They should be ashamed for murdering a person”, declared then the international Sardar Azmoun, today in the starting eleven against Wales.

In the run-up to the match, there were some incidents between pro-regime Iranian fans and detractors. Some fans confiscated pre-revolutionary Iranian Persian flags from supporters arriving at the stadium and hurled insults at those wearing T-shirts bearing the slogan of the country's protest movement, “Woman, Life, Freedom”.

The women who offered interviews to the international press at the gates of the stadium were also reprimanded and some, visibly shocked, were surrounded by government supporters with national flags and shouting "The Islamic Republic."

Even risking the death penalty, the Iran team has been firm in its condemnation of the repression suffered by its people and in its World Cup debut against England the players refused to sing their own anthem while the public stood in the stands. booed him

"They should know that we are with them. And we support them. And we stand in solidarity with them regarding the conditions," national team captain Ehsan Hajsafi, who plays for AEK Athens, told a news conference. "We have to accept that the conditions in our country are not right and that our people are not happy. We are here, but that doesn't mean we shouldn't be their voice or that we shouldn't respect them."

The World Cup in Qatar is becoming a true loudspeaker for the protests against the Iranian government. In the stands you can see posters supporting women every day under the slogan 'Women. Life. Feedom' and when the Iran national team decided not to sing their own anthem against England, the fans booed loudly.

In the last hours, moreover, the arrest of a well-known Iranian footballer Voria Ghafouri, who had been a member of the national team, although he had not been called up for this World Cup, was known. “The Khouzestan Steel player has been arrested for insulting and undermining the national football team and for propaganda against the regime,” reported the Tasnim news agency, which is close to the Revolutionary Guard.

Ghafouri had publicly spoken out against the law that prohibited women from entering soccer stadiums and has been one of the most critical visible faces of the government's repression. In addition to Ghafouri, two other former soccer stars have been arrested for expressing their support for the protests.

An estimated 18,000 people have been arrested since September and the harsh repression of the demonstrations has claimed at least 442 lives, according to data from the NGO Iran Human Rights. The demonstrations, far from ceasing, are increasing and are already the biggest challenge for the government since the 1979 Islamic Revolution that brought them to power.