This isn't homework, it's just fun.

The vacation period lends itself to many options and combining reading and entertainment is one of the most popular. 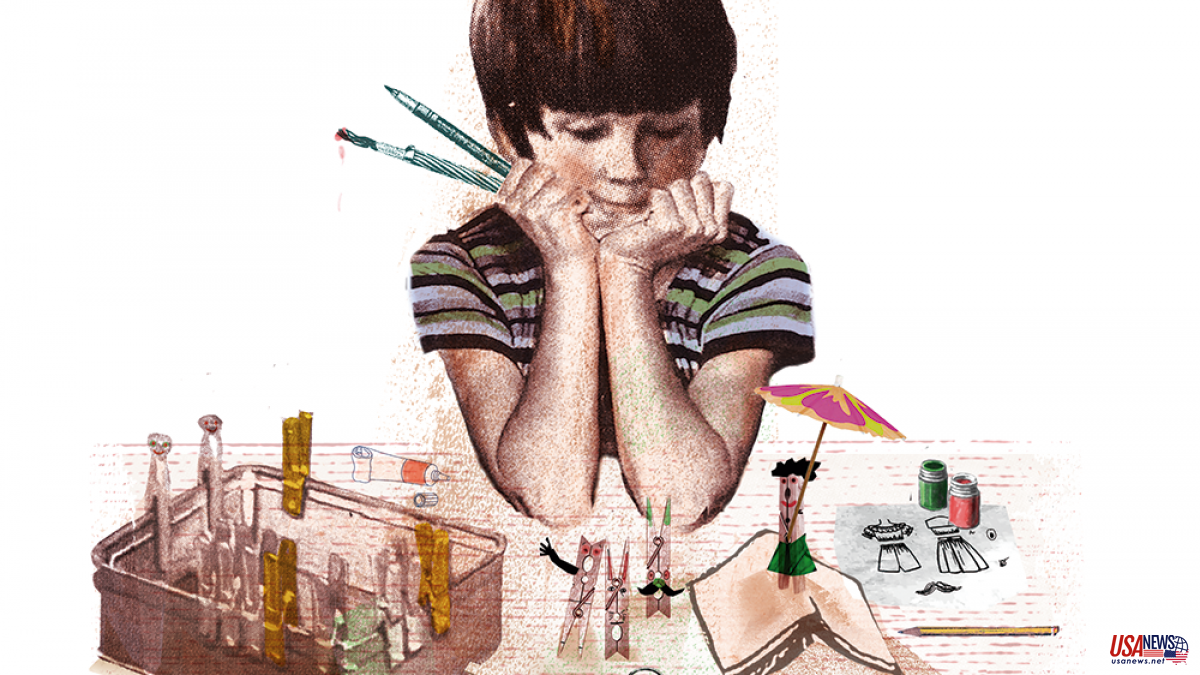 The vacation period lends itself to many options and combining reading and entertainment is one of the most popular. That is why activity books are so successful, because many times they offer a two for one. Adventure and mystery are guaranteed. Fiance.

Eugenia Cheng and Alesandra Artmowska have used all the resources of flaps, labyrinths, pop ups and hiding places to propose a fun math game in Molly and the mathematical mystery / La Molly y el misteri matemàtic (Edelvives / Baula). Like who doesn't want the thing, around here we talk about inverses, volumes and equilaterals. There is also a lot of mathematics in Alma's Logic Games, a publisher with a good collection of entertaining books, some express, such as the original Enigmas in 1 minute or Truth or Fake, and others that are good reads, such as Adventure in New York , where the trick to getting ahead is knowing the right words in English.

The art of observing

The "seek and find" are a summer classic, and doing it in the book by Doro Göbel and Peter Knorr adds a plus. With some detailed illustrations, To the market! (Lóguez) is immersed in a food chain that begins in the countryside and ends in the supermarket and in a town square where the stalls exhibit the best of each house.

For the summer classic, the Blackie Books Quaderno, which has brought out the kids in the image of the adult, but much more fun. And for lovers of painting and drawing, the coloring book of The Amazing Works of Science and Nature (Nordic Books), by Rachel Ignotofsky, author of Women of Science. A delight.

Games of yesterday, today and always

With an aesthetic of vintage-style illustrations, Pere Ginard manages to take us back to times when children did not have television or mobile screens to have fun in Games of yesteryear for the whole year / Jocs d'ahir per gaudir avui (Books of Fox Red). Make paper windmills, learn the best knots to make the cowboy, play Chinese shadows, blind man's hen or the handkerchief, or even learn what our own way of writing says about each one of us are some of the proposals of this attractive and imaginative retro book.

In the purest Cluedo style

Detective Medea Thorne is pure dynamite. She smokes black cigars and solves cases in the blink of an eye. We are her assistants and we will have to discover on our own what she seems to know from the beginning: who the murderer is. Stephanie von Reiswitz captures in some magnificent illustrations the England of the thirties where we will have to solve these mysterious Crimes (Alma).

And for mysteries, those of Mela Maluenda in The Labyrinth of Myths (Larousse) where, luckily, four mythological gods from cultures such as the Mayan, Viking or Roman will help a quartet of friends to get out of the place where they have been trapped.

Holmes could not miss

The famous Orient Express, the African savannah, the pyramids of Egypt or a Venice in the middle of Carnival are some of the scenarios where Holmes and Watson walk, pointing out how to carry out a good investigation.

The mirror is one of the most used objects in painting and not only to show depth or volume, but also to play with the hidden. Da Vinci used it a lot and it is one of the tools we have to solve the Enigmas / Enigmes (Zahorí Books) posed by Ana Gallo (25 in total) singularly drawn by Víctor Escandell.

And from 25 enigmas it goes to 50 escape rooms (Lunwerg) doubling the Ivan Tàpia challenge, in a book where he reproduces the same number of scenarios and where the author only gives us five minutes to get out of confinement.

for the little ones

We love magic magnifying glasses and also brushes, so this elusive girl that Cecilia Moreno has hidden so well in Where is Little Red Riding Hood could not be missing from this selection for the little ones? / On is the Caputxeta? (Combel).

Luckily, the magic magnifying glass is infallible and we will not only find the girl, but also many other interesting details. Also infallible is My magic brush / El meu pinzell màgic (Bruño / Bruíxola), where Elizabeth Golding proposes to start counting or distinguishing colors using a brush dipped in water to discover the figures that are hidden on each page. But what happens when the water dries up? So we start again.

And for hiding places, those proposed by Valérie Sansonnet and Daniel Sponton in Investigomanía / Investigomania (Librooks), a hardcover book that on each double page tells us a story whose characters camouflage themselves among the herd of animalistic individuals that circulate through them. A cold winter afternoon, a fire in poor Mr. Félix's house, a chaotic shoot or a championship jam, of those who make history.