June 1, 2023 is the date that the managers of the FC Barcelona museum have marked in red on the calendar to close the most visited museum space in Catalonia for two years. 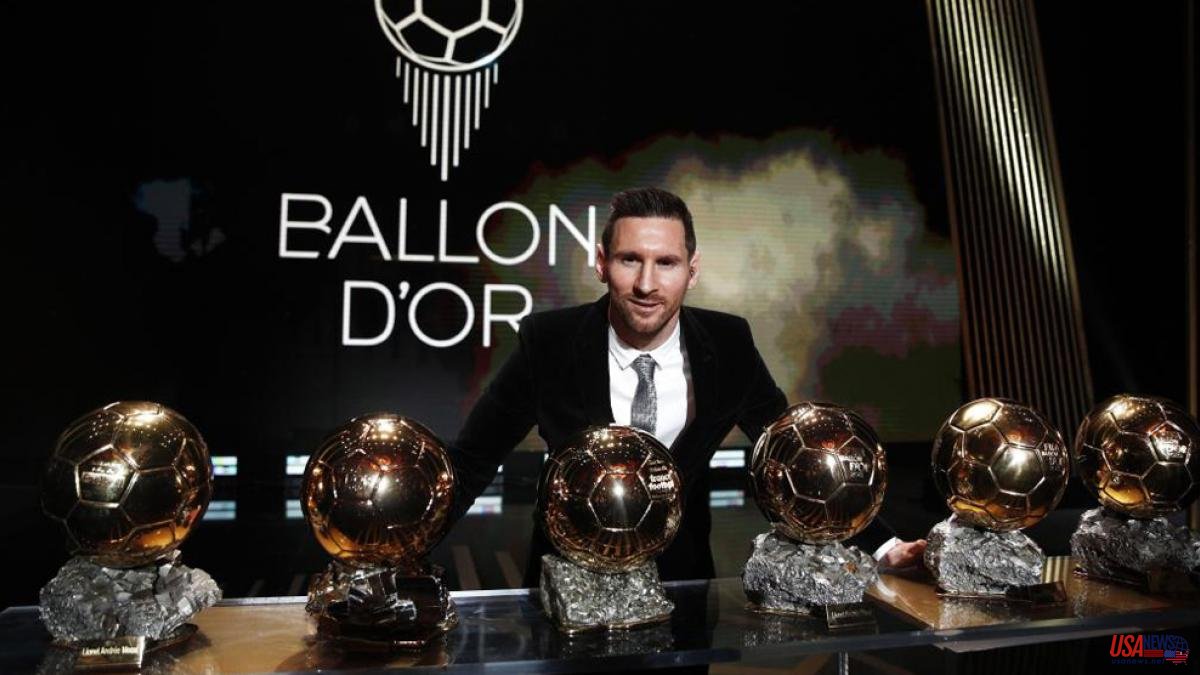 June 1, 2023 is the date that the managers of the FC Barcelona museum have marked in red on the calendar to close the most visited museum space in Catalonia for two years. At the state level, it is only surpassed by the Prado Museum in Madrid and the Reina Sofía National Art Center Museum. These are facilities that, since they were inaugurated in 1984 inside the Blaugrana stadium, exhibit the trophies won by all the sports sections of the club and all kinds of objects -not all- related to their teams, players and social mass. This summer, coinciding with the start of the remodeling of the Camp Nou, epicenter of the Espai Barça, the works will force all these objects to be transferred to the Palau de Gel ice rink until at least 2026.

The plan contemplates creating a two-story structure. The lower one will house a television set for the club's official media and a seller center or sales center where visitors will be able to find out about the new commercial advantages that will come when Espai Barça becomes a reality. Among the data that will be provided will be the prices of facilities such as the new boxes at the Camp Nou as well as other options of the FC Barcelona hospitality program that offers specific solutions for commercial or marketing needs. The objective is that the companies that hire spaces within the Camp Nou can experience the emotion of football from the best locations.

The upper floor will be the new museum house until the 2025-2026 season. More than 2,500 square meters will house trophies, documents and screens that will seek to transmit the Blaugrana spirit to all visitors. There will be no shortage of objects such as Alexia Putellas' Ballon d'Or or Leo Messi's seven. That yes, during this period the fans who attend will not be able to enter to do the traditional tour of the Camp Nou due to the aforementioned works.

As for the Palau de Gel, the club will create a provisional indoor court located in the rear parking lot of the Palau Blaugrana. The current rink, open to the general public and with a capacity for 1,256 people, was inaugurated on October 30, 1971. In this new stage, it will also continue to be the home of the ice hockey and figure skating sections.

The Blaugrana museum, renamed the Museu President Núñez in 2000, was remodeled for the last time in the 2009-2010 academic year, coinciding with the final stage of Joan laporta's first mandate. The complete renovation of the facilities, which currently include multimedia elements, interactive murals, large-format audiovisuals, giant screens and hundreds of objects in a space of more than 3,000 m2, was designed and produced by the Exit Design company together with Mediapro Exhibitions, the of Mediapro directed by Jaume Roures specialized in museums. Already with Josep Maria Bartomeu presiding over the entity, the updating of the museum's contents that are carried out annually was directed and executed solely by Exit Design.

Now the name of Mediapro Exhibitions is loud again. Apart from the remodeling of the Camp Nou Experience, the company from Roures directed by David Xirau was already in charge of creating other football spaces such as Territorio Atleti, the Atlético de Madrid museum that is located in the Metropolitano, the Bernabeu Tour of Real Madrid or the Athletic Club Museum of San Mamés. At an international level, he also assumed the direction and production of the museum of the Brazilian Football Confederation or the museum that FIFA has in Switzerland. The club, which is studying other alternatives, will make a final decision in the coming weeks to decide who will lead both the provisional space and the new Blaugrana museum that will be a reality in 2026.

Apart from Mediapro's indisputable experience in museum spaces, it should be remembered that Jaume Roures took over, a month ago, the remaining 24.5 percent of Barça Studios that Joan Laporta needed to sell to activate the fourth lever. In this way, Barça entered 100 million euros, which were key for the inscriptions in the League of four of the new signings, just before Héctor Bellerín and Marcos Alonso landed as the last contracts of the summer.