This is what the 4,500-year-old droppings found at Stonehenge explain 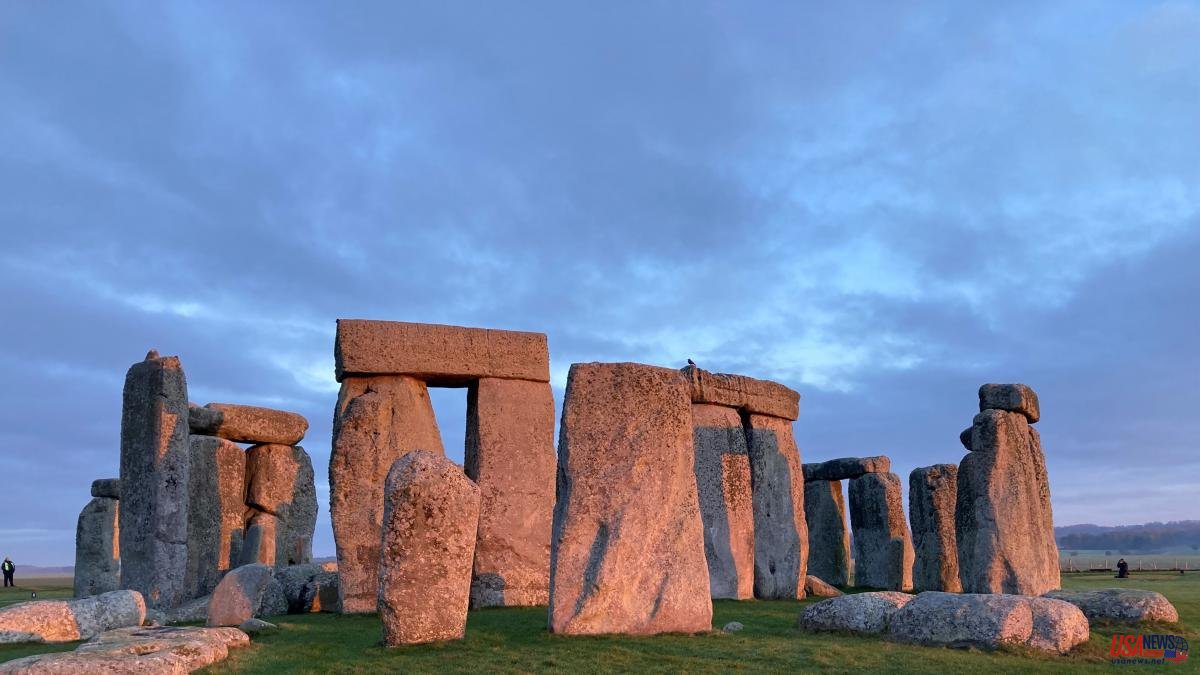 Durrington Walls was a Neolithic settlement located just 2.8 kilometers from Stonehenge and dating from around 2500 BC, the time when much of the megalithic monument was being built. The researchers have well-founded suspicions that it was in this village that the people who raised the famous stone blocks in Wiltshire county stayed.

Archaeologists from the University of Cambridge have found several ancient excrement samples at Durrington Walls. Once analyzed, the feces contained parasitic worm eggs, suggesting that prehistoric humans feasted on the internal organs of cattle and fed the leftovers to their dogs.

The researchers studied up to nineteen coprolites (ancient feces) that have been preserved for more than 4,500 years. Five of them, one from a human and four from dogs, were found to contain parasitic worm eggs, in what would be the earliest evidence of intestinal parasites in the UK.

As explained in an article published in the journal Parasitology, four of the coprolites, including the human, contained hairworm eggs, identified in part by their lemon shape. "This type of parasite is consistent with previous evidence of winter feasting on animals during the construction of Stonehenge," says Dr. Piers Mitchell.

While the many types of capillarids infect a wide range of animals worldwide, on the rare occasions that a European species infects humans, the eggs are lodged in the liver and do not appear in the feces. The presence of the eggs in the feces indicates that the person ate the raw or undercooked lungs or liver of an already infected animal.

During excavations of the main midden (a dung and refuse heap) at Durrington Walls, where the droppings were found, archaeologists also discovered pottery and stone tools along with more than 38,000 animal bones. About 90% of the bones were from pigs, and most of the rest were from cows.

"As hairworms can infect cattle and other ruminants, it appears that cows were the most likely source of the parasite's eggs," says Mitchell. Previous isotopic analyzes of cow teeth from Durrington Walls suggest that some cattle traveled nearly 100 kilometers from Devon or Wales to near Stonehenge for a large-scale feast.

Previously identified cut patterns on cattle bones suggest that the beef was cut primarily for cooking and that the bone marrow was removed. "Finding parasite eggs in human and canine coprolites indicates that people had been eating the internal organs of infected animals and also giving the leftovers to their dogs," added co-author Evilena Anastasiou.

One of the droppings, which belonged to a dog, even contained tapeworm eggs, indicating that it had previously eaten raw freshwater fish. However, no other evidence of fish consumption, such as bones, has been found. “Durrington Walls was seasonally occupied, mainly in the winter periods. The dog probably already came infected with the parasite,” says Piers Mitchell.

"Isotope studies of cow bones suggest that the cattle came from regions of southern Britain, which can probably also be extrapolated to the people who lived and worked there." These people lived just at the time when the "trilithons" (two huge vertical stones supporting a third horizontal stone) were erected at Stonehenge.

Professor Mike Parker Pearson, who excavated at Durrington Walls between 2005 and 2007, notes that at festivals “pork and beef were roasted or boiled in clay pots, but it seems that the viscera were not always that well cooked. The population did not eat freshwater fish in this village, so they must have collected the tapeworms in their original settlements.”