The fight to be the most successful tennis player (and, arguably, the best) in history seems endless. 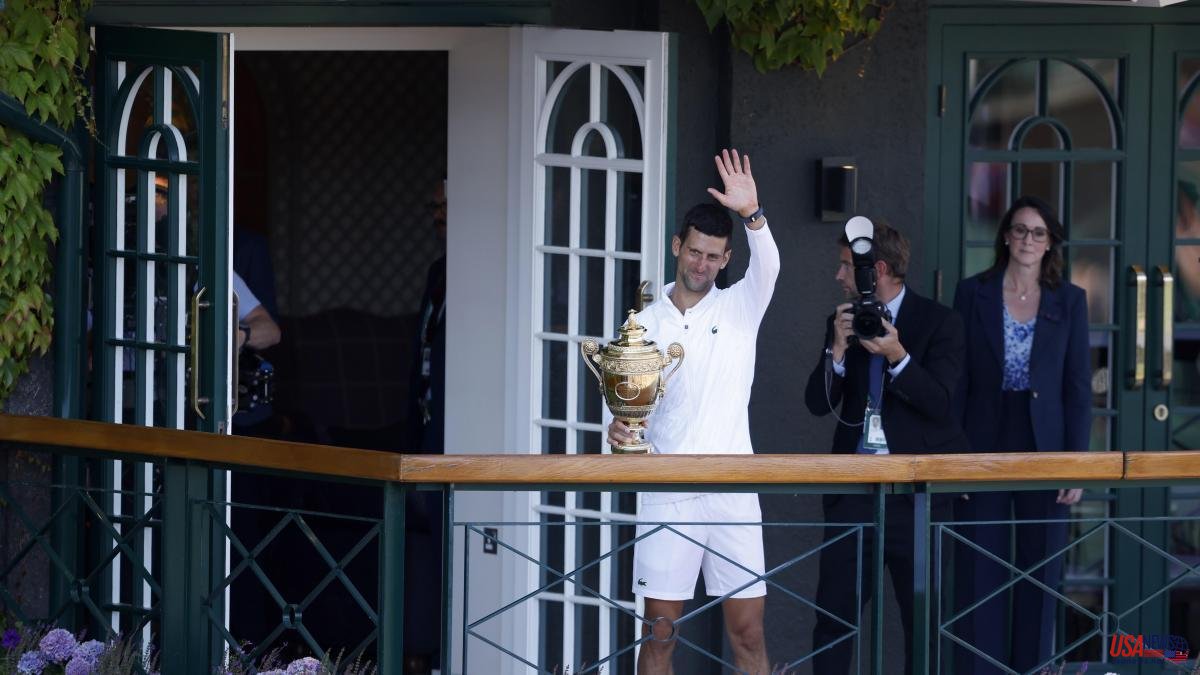 The fight to be the most successful tennis player (and, arguably, the best) in history seems endless. Roger Federer will soon be 41 years old. Rafael Nadal is 36. Novak Djokovic, the youngest, has 35 springs. The three dominators of this sport maintain their authority at a time when new stars are being born, but whose brilliance is overshadowed by that of the usual ones, that of those who do not want to hang up their racket until they see themselves on top of the throne, with the scepter that recognizes them as the best in history in hand.

Given the physical decline of veteran Federer, who has not competed for a year, and Nadal's constant injury problems, Djokovic becomes the main contender for the throne. He is the youngest and the least affected by the infirmities of age. His victory at Wimbledon takes him away from the 20 Grand Slam wins of the Swiss and brings him closer to the 22 of the Spaniard, the one who accumulates the most, with the permission of Margaret Court and Serena Williams, who add 24 and 23 Grand Slam titles in the women's category , respectively.

Since the quarterfinals, the Serb started by giving up the first set, including the first two against Jannik Sinner. However, no one was able to stop him once he found the rhythm and the way to hurt his opponent. Against Nick Kyrgios, another rebel like him, he won in four sets (4-6, 6-3, 6-4, 7-6). In this way he was crowned for the seventh time on the London grass, for the fourth year in a row, and stalks the master of the field, Federer, who has eight Wimbledon trophies to his credit.

Waiting to see the return of the Swiss and the conditions in which it occurs, Nadal and Djokovic are demonstrating in 2022 their hunger to finish above the other. The Spaniard arrived in London after breaking the triple tie in Grand Slam victories with two epic wins at the Australian Open and at Roland Garros, where he beat the Serbian in a highly demanding duel. A problem in the abdominal area deprived fans of the possibility of a Nadal-Djokovic in the Wimbledon final.

The battle for history continues in a fist, but today moves at a different pace. The tennis player from Manacor is the best classified in the ATP ranking of the three. The Russian boycott of Wimbledon triggered the decision not to distribute the points that would correspond to the performances in the tournament, so his withdrawal from the semifinals does not affect him negatively and he remains in third position. The one who does harm this measure is the champion, who falls to seventh place after not having participated in Australia due to his refusal to be vaccinated against the coronavirus and having lost in the quarterfinals at Roland Garros. For his part, Federer is no longer in the ATP ranking, having lost all his points for not competing for more than a year.

Daniil Medvedev, Alexander Zverev, Stefanos Tsitsipas, Casper Ruud or Carlos Alcaraz ensure a high-level, competitive and exciting present and future of tennis. However, they are in danger of being harmed and overshadowed by the temporary coincidence with the three greatest figures in the discipline. Like matching Michael Jordan or Cristiano Ronaldo and Lionel Messi. The new ones have a complicated role. At the moment, the three Grand Slam tournaments of 2022 are in the hands of the old guard. The US Open, which kicks off on August 29, will be a new chapter in the tennis history book. And, at the moment, Djokovic can't play it... but he hopes they will eventually make an exception and let him into the country despite not being vaccinated.