This is how the soprano Lise Davidsen breaks a church

When the vocal power is accompanied by abyssal harmonics, amplitude of chromatic tones and dramatic personality, we are facing an operatic phenomenon with few precedents. 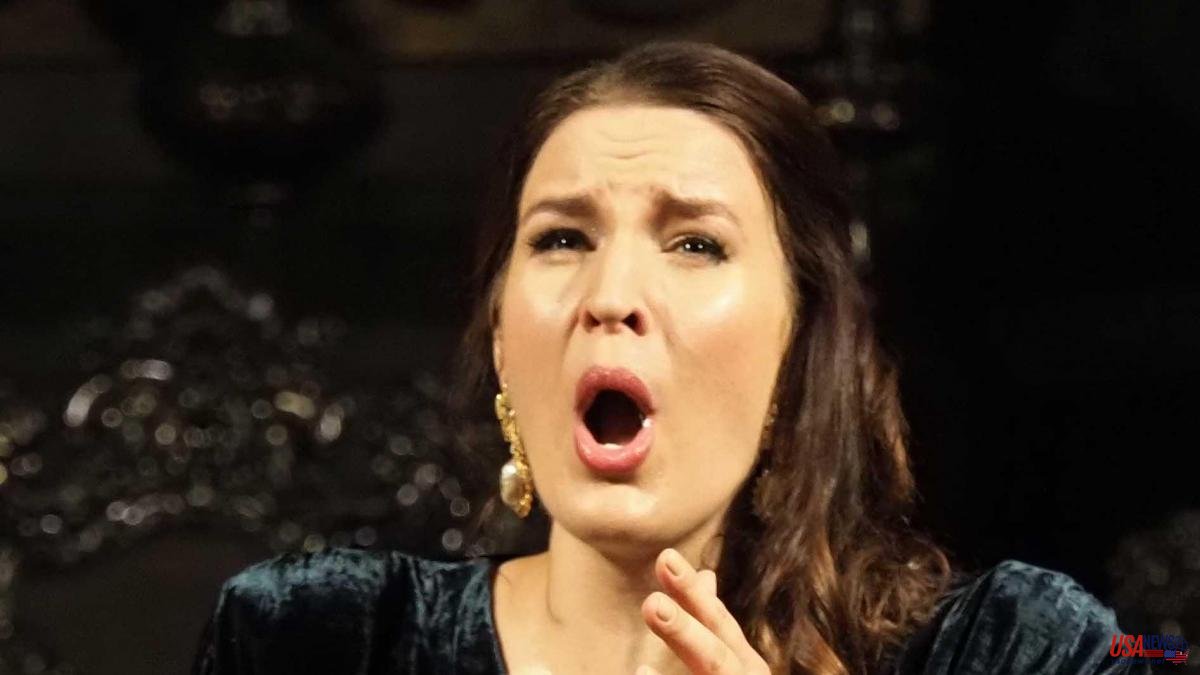 When the vocal power is accompanied by abyssal harmonics, amplitude of chromatic tones and dramatic personality, we are facing an operatic phenomenon with few precedents. Lise Davidsen is in her own right heir to the quintessence of Wagnerian chant. Especially now that the world of opera is short of big, powerful and dense voices.

The appearance of the Norwegian soprano is like a gift from heaven. This Thursday at the Peralada Festival he was about to burst the windows of the Carme church with his gigantic voice, which caused joy as well as amazement in the public that had approached the recital standing up to the August heatwave.

The faces of happiness proliferated in the ship. What he had already demonstrated in Vilabertran's Schubertíada –his debut in Spain– or in Covent Garden with Fidelio, together with Jonas Kaufmann, or in Bayreuth, where he has just sung La Valkiria, was highlighted last night by Davidsen in Peralada: the fact that his voice is an orchestra in itself.

Along with German performers, it has been the Scandinavian Wagnerian singers who have dominated this repertoire since its origins. And in this sense, the Norwegian singer picks up the baton from the Swedish Nina Stemme who in turn took it from Brigit Nilsson. But above all, she is considered the new Kristen Flagstad, also from the country of the fjords.

At 35 years old, Davidsen is currently one of a million, one in a million. With a simple personality, on Thursday she was ready to give thanks for her gift to her audience and had only praise for the pianist, Sophie Raynaud. Wagnerians were salivating over the moment when this still young singer would make her debut as Isolde or Brünnhilde.

Being a dramatic lyrical soprano and having a flow of voice like hers pigeonholes her into Wagnerian or Straussian roles. But she resists: she is dying to make a Verdi, and her heart is with Puccini. In fact, her imminent debut at the Liceu will be with Il trittico. And yet, his thing is more of a great vocal aurora borealis that engulfs everything.

His recital started with Tannhäuser, in a big way, to later show his delicacy in songs by Brahms. He sang Weber and a subtle Strauss, and resumed his cavalcade in Die Walküre's Du bist der Lenz. In the second part she took it out on Verdi's Macbeth and also on an oversized Desdemona from Otello. And for the encore she chose Tosca's “Vissi d'arte” from the outset, which didn't sound so extravagant. Of course, she was magnificent in the classic Summer time. For vocal ability she will not remain.