The Spanish basketball team was proclaimed champion of the Eurobasket yesterday for the fourth time in its history after beating France in a grand final 88-76. 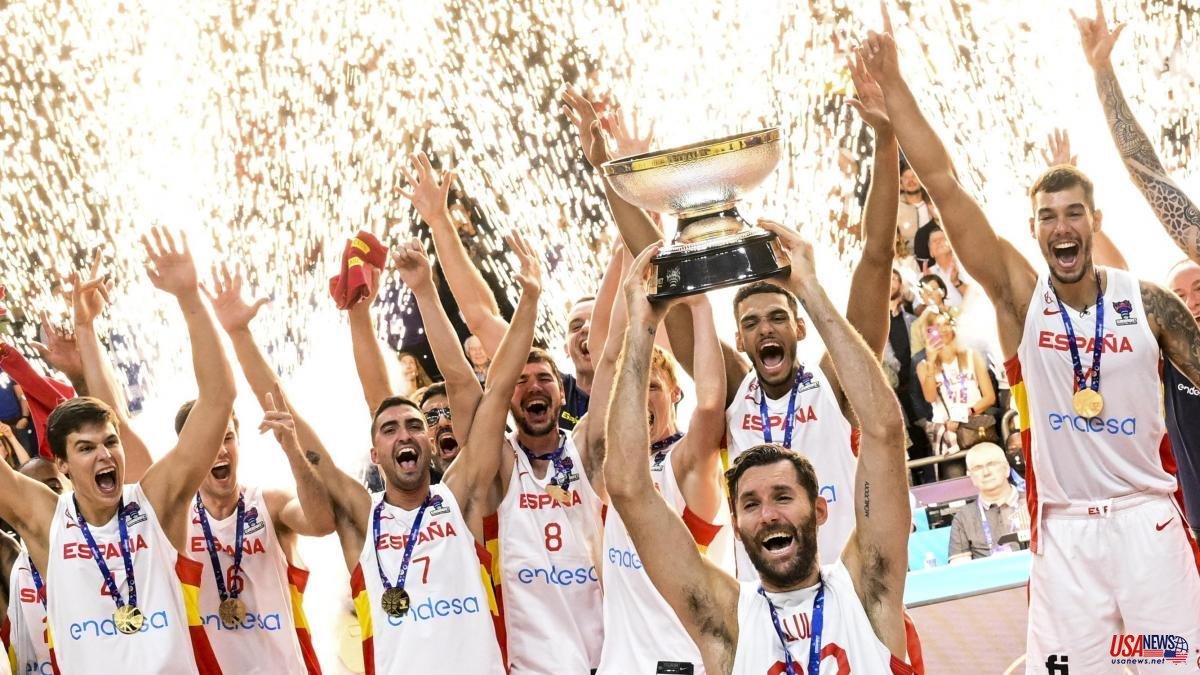 The Spanish basketball team was proclaimed champion of the Eurobasket yesterday for the fourth time in its history after beating France in a grand final 88-76. The players celebrated in style the feat achieved in Berlin and this Monday they will return to Spain to continue the celebrations with their fans.

The expedition with the players and the coaching staff will leave the German capital shortly after eleven in the morning and are scheduled to land in Madrid after two in the afternoon, at the Adolfo Suárez Madrid-Barajas Airport. But it will not be until the afternoon when they celebrate the title in public.

At 7:00 p.m. they are scheduled to attend the press, one hour before the party begins with the fans at the WiZink Center pavilion in the Spanish capital. All fans who want to attend tonight's festivities (8pm) must get an invitation to the event.

These tickets, free of charge, can be purchased from 10 am this morning through the website of the Spanish Basketball Federation (FEB). The organization of the event has warned that "the acquisition of a ticket does not guarantee access to the venue" because the capacity will be limited and has asked all the fans "to arrive with enough time in advance" to secure the ticket, which will take place until full capacity. In addition, they also warn that children under 14 must enter accompanied by an adult.

The Spanish basketball team rounded off the Eurobasket fairy tale in Berlin with a gold medal to remember by beating France (88-76), in a final in which the choral game of Sergio Scariolo's team tamed the physique of the Olympic runner-up with a fantastic Juancho Hernangómez from the perimeter (27 points and 7 hits from 9 triples).

"It has been a long road, a very hard road with many ups and downs. In the end, working and believing in oneself, everything comes out afloat. It has not been a bed of roses on a personal level, with complicated moments that help to savor these happy moments", he said through tears after the game played in Berlin.

Likewise, Juancho, who was the best player of the match with 27 points, thanked Rudy Fernández for giving him the ball in the final. "As he speaks, as he leads, he is a captain in capital letters and I greatly appreciate the gesture of giving me the ball," he settled.