This is how humans survived in the harsh Kalahari desert 20,000 years ago

There are 930,000 square kilometers of dry forests, savannahs and salt lakes where the temperature can reach 45º centigrade and the dry season lasts up to eight months. 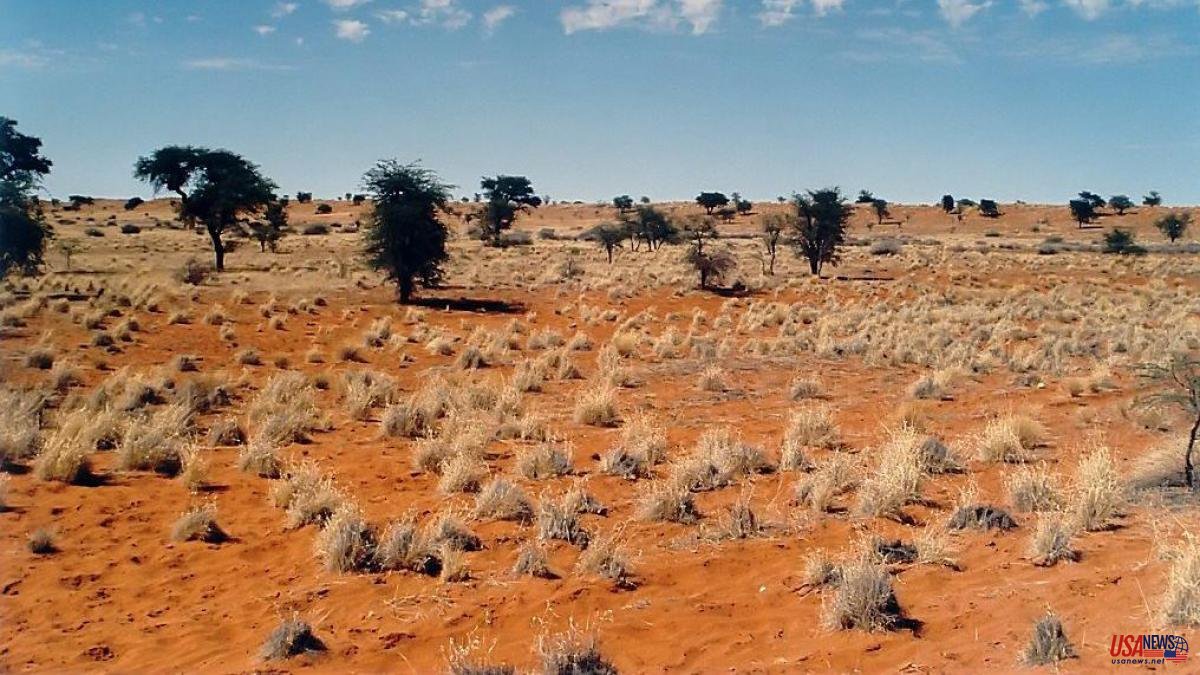 There are 930,000 square kilometers of dry forests, savannahs and salt lakes where the temperature can reach 45º centigrade and the dry season lasts up to eight months. The Kalahari desert -which extends through Botswana, Namibia and South Africa- receives an average annual rainfall that ranges from just 110 mm (close to aridity) to 500 mm.

In the driest and sunniest parts of the Kalahari, more than 4,000 hours of sunshine per year are recorded on average (in the Iberian Peninsula, the level of sunshine is 2,500 hours). During the summer, the rains are not exactly a gift, as they can be accompanied by dangerous thunderstorms.

Living in this place is a complicated task even today. And if not, ask the few communities of Bushmen (Khoisans) that continue to reside in the area. They are around 50,000 brave, divided into 10 groups that are distributed throughout this vast territory. The Tswano, an ethnic group spread across southern Africa, know the desert as Kgalagadi, which means “great thirst”.

Researchers have believed for years that the Kalahari was a forbidden land for humans in ancient times. Its conditions were so inhospitable that the prehistoric communities of Homo Sapiens would have avoided stepping on that hostile terrain. But a new study has thrown everything that was believed until now to the ground.

A team of archaeologists from Griffith University, led by Dr. Jayne Wilkins, assures not only that humans already lived and survived in the Kalahari desert more than 20,000 years ago, but also that they managed to take advantage of the harsh climatic conditions and prosper.

Climate change is the factor that explains this story. "Our work shows that during some periods in the past the desert was lush and much wetter than it is today," says Wilkins. "20,000 years ago, there were people living in the Kalahari during dry times, which gives us an idea of ​​how variations in the environment affected human evolution," she adds.

The huge underground water reserves that are currently under the desert (such as the Dragon's Breath Cave) would be a vestige of that time when the place was much more humid, residues of ancient lakes such as the Makgadikgadi that could have covered an extension up to 120,000 square kilometers but dried up (or drained) about 10,000 years ago.

The investigation began in 2015 and its main study site has been Ga-Mohana Hill, located in the southern Kalahari, in South Africa. "This is a site that has spiritual significance for local communities," explains Jayne Wilkins, who has been collaborating with a team from the University of Cape Town.

“We have analyzed the deposits of tosca stone (a very prorosy limestone rock) found in springs, waterfalls or ponds. The water rushes out and leaves calcium carbonate which we were able to drill through and date the rock. These dates tell us when it was wetter in the past," says the expert.

The archaeologists did not focus only on the stones, they also discovered prehistoric tools and bone remains of food that would have been consumed by humans. However, the most important find was calcite crystals, transparent cubes that have no functional value but were probably collected for sentimental or ritual reasons such as collecting stamps.

"Our findings show that for Homo sapiens, it wasn't just about surviving in the Kalahari Desert, but that those ancient communities thrived on advanced knowledge, systems and technologies to be able to access the resources they needed to live in those dry conditions." Wilkins concludes.