This is how Christmas traditions change according to ideology

Together for Christmas? It is not easy to ensure. 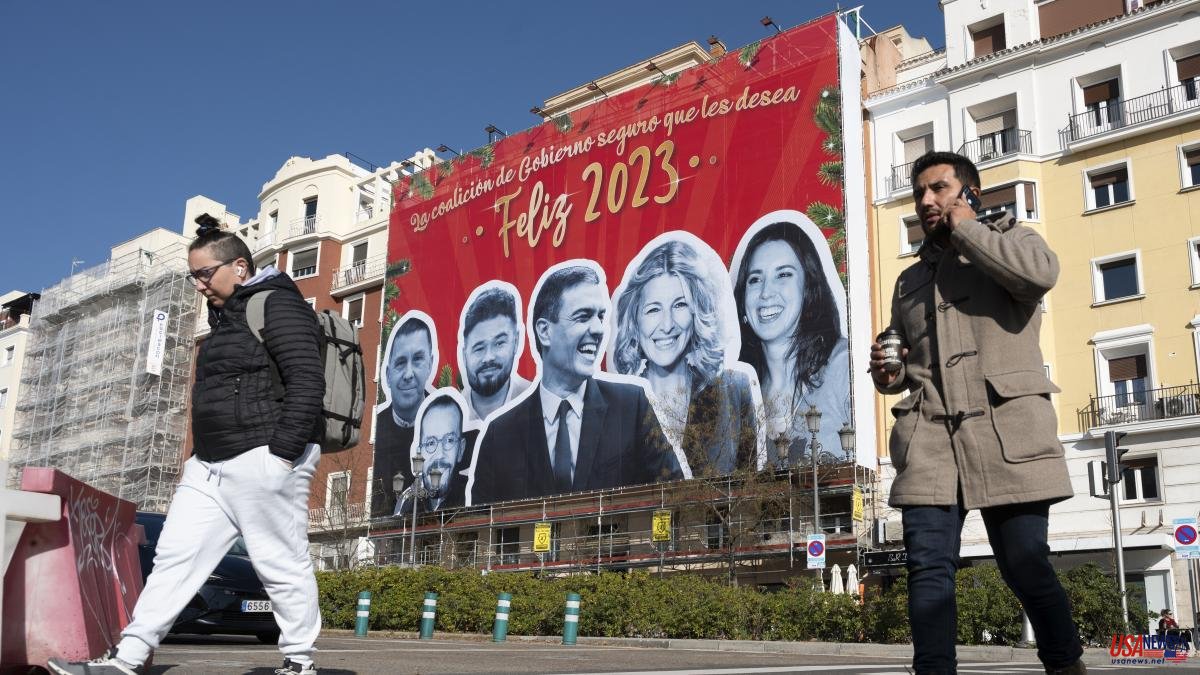 Together for Christmas? It is not easy to ensure. Brawls between brothers-in-law may seem childish compared to the ideological divergences that Spaniards show when it comes to facing the Christmas holidays. The ideology, expressed through partisan sympathies, generates a very fragmented society in the face of the symbols and behaviors of Christmas. For example, more than half of Spaniards usually have a nativity scene or a birth during the Christmas period, compared to 48% who rule out doing so.

However, these positions vary greatly depending on the ideology of the interviewee (the data is from the CIS). In this sense, only one in four United Podemos voters has a nativity scene in his house during Christmas. On the contrary, this provision reaches three out of four voters when it comes to the Vox electorate, two out of three among the popular voters and 47% among the Socialists. If, on the other hand, what is contemplated is the placement of a Christmas tree in the home, unanimity returns, although with nuances.

In the case of the Christmas tree, between 80% and 83% of the voters of the PSOE, Vox and Popular Party usually have this type of decoration in their home, while the rate falls to 71% (seven points below the average) among United We Can voters.

The differences are accentuated once again when what is considered is attendance at Christmas celebrations of a religious nature. Of course, in this case the global rate of Spanish society falls below 32%, compared to almost 69% of those consulted who never attend this type of ceremonies.

Even so, the ideology and partisan affiliation of the interviewees make some difference. Among socialist voters, for example, only one in five attend religious Christmas celebrations, a figure that drops to one in ten among followers of Unidas Podemos. On the other hand, almost 55% of the voters of the Popular Party or Vox attend ceremonies of a religious nature during Christmas.

The differences, although minor, even extend to other behaviors with hardly any religious significance. This is the case of “donating to other people”. This type of behavior reaches more than 70% of Spaniards and represents up to 72% among PSOE or Vox voters. However, the supporters of making donations for Christmas exceed 77% among the voters of the PP, while they do not reach 68% among those of United We Can. And something similar occurs with the purchase of lottery shares, a very widespread behavior in Spain, since it reaches four out of five respondents.

Well, up to 87% of the voters of the PSOE, 86% of those of the Popular Party and almost 85% of those of Vox state that they play the lottery for Christmas. However, that percentage falls to 75% among the United Podemos electorate.

The ideological nuances seem to affect even recreational activities, such as taking advantage of the Christmas holidays to go on a trip or to attend the end-of-year celebrations. Specifically, 44% of Spaniards say they go out or take a leisure trip during Christmas, although this percentage varies visibly depending on party affiliation.

For example, the rate of those who travel for Christmas falls slightly, to 42%, among the socialist electorate; it remains at 44% among the voters of the Popular Party; it borders on 49% among those of Unidas Podemos, and rises to almost 58% – around 14 points above the average – among those of Vox. And the contrast is accentuated when the question is about the end-of-year celebrations, with an average participation of 42%.

In this case, the socialist voters (with a rate below 39%) or the popular ones (whose percentage does not reach 37%) are less participatory, while the willingness to go to parties to say goodbye to the year shoots up almost twenty points more among Vox voters (up to 56%) and remains at the average of 42% among the followers of Unidas Podemos.

In short, and like so many other societies that are facing the updating of their traditions, Spain offers this surprising mosaic of attitudes, in which generational change also plays a role. For example, only after the age of 44 are there more numerous who place a nativity scene or do not travel for Christmas, and only after the age of 75 is the percentage of those who attend religious celebrations close to 50%.