This is how 'Calladita' was created, the first European film financed only with NFT

The NFT universe -non-fungible token, for its acronym in English- has become an innovative and very attractive opportunity for content creators in a short time. 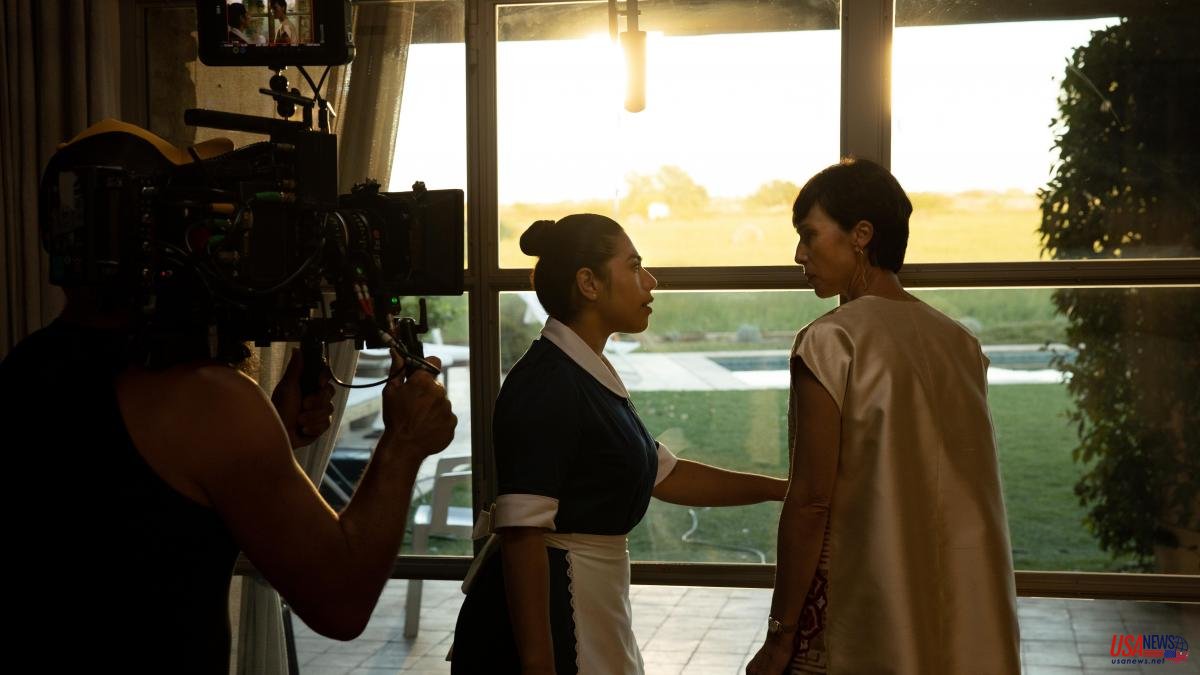 The NFT universe -non-fungible token, for its acronym in English- has become an innovative and very attractive opportunity for content creators in a short time. Especially for the film industry as a form of financing. And it is that the Non Fungible Token is a digital object made from codes that make them unique, with their certificate of authenticity, through which viewers can finance films and have a share of the benefits.

A star of the seventh art like Sylvester Stallone has launched his first non-expendable art collection entitled PlanetSly, which shows elements of his extensive artistic and personal career. Some of the pieces even allow you to interact with the Rocky actor. Kevin Smith has also opted for this type of art to release his latest film, KillRoy was here, an anthology that mixes comedy and horror and that only has 5,555 copies available in digital asset format. In March of last year, the production company Legendary Entertainment released NFT collections from their movie Godzilla vs. Kong, one of the architects of the recovery of the world box office in times of pandemic.

In Spain, the director Miguel Faus (Barcelona, ​​1992) has been one of the pioneers of this model since his debut feature, Calladita, is the first European film financed entirely with NFT. The film stems from the desire to expand the story of his second short, also titled Calladita and premiered in 2020 at the Malaga Festival, "but it was very difficult to take it forward through the traditional paths in Spain."

Everything changed when at the beginning of 2021 "suddenly I found myself on Twitter and accidentally with the world of NFTs. As I was very bored by the confinement, I began to investigate and I got hooked because it was very interesting. I began to get involved as an enthusiast, collector and mini investor, in addition to connecting with many people from that community. So the idea arose that the two trajectories could converge. Many hours of my life I was a filmmaker trying to make my first film and many other hours I was a collector of NFT" he explains in a telephone conversation with La Vanguardia from London, the city where he has lived for six years when he went to study film at the London Film School.

The idea was to do crowdfunding with digital assets and he got down to work. "I found a group of developers to make the web and create what are called smart contracts, the code part of the NFTs, and two other people helped me with the digital marketing issue. It took a few months of intense work to create everything the project, which we launched in March 2022, when they went on sale". In total they have raised about 700,000 euros and the bulk was achieved in just a couple of months. In mid-May they were clear that they could make the film. They are still selling some NFT "already very slowly".

Faus maintains that by the traditional method "I don't think we could have done it for now and I don't know if we would have a guarantee of being able to do it in the near future." Throughout this process, he has also had the support of filmmakers Jim Cummings and Julie Pacino, daughter of Al Pacino, who has authored the first film fully financed by NFT, I Live Here Now, a psychological horror story inspired by in the series of 100 photographs that Pacino coined as non-expendable art at the Madonna In hotel in California. "Those hundred NFTs were sold out within three weeks. They were incredibly successful. That's why we had to readjust our message. We thought we would make the first film in the world financed with NFTs and Julie beat us to it. But Calladita is the first European one" he says proudly.

He met Pacino, whose film is already in the post-production process, on Twitter through various conferences. "She saw my short films, we spoke on Skype and she had the vision of not trying to capture the maximum of the market but to enlarge it together. In the end she joined the project in a secondary role as an adviser", she adds.

At a time when the cryptocurrency market is down, the Catalan filmmaker is aware of the success of his proposal, "although if we had launched it in July or October 2021, the boom period, it would have been even more spectacular."

As reasons for the spectacular support, he sees "the historical component of the project. 99.9% raised is from people I don't know at all. I focused on people who were already in the market and were NFT collectors. On the other hand, it is a a market in which there is a lot of liquidity, there are people who have made money with cryptocurrencies and in general it is more buoyant than the traditional economy", admits Faus, who became obsessed with making his project "replicable, so that others could come and copy the formula for it to become a sustainable model for independent films".

Calladita, shot last September on the Costa Brava, was born as a work that was going to be his graduation project. "I wanted to make a short summer on the Costa Brava that would be a satirical portrait of bourgeois vacationers and it seemed ideal to do it through the eyes of a domestic worker, a kind of spy in an environment to which she does not belong but is familiar with, sees and hears everything and has a look that can judge".

Faus assures that while he was writing the script he left several things in the pipeline and realized that he wanted to continue pulling the thread of that story. The feature film was written before finishing editing the short. Starring Ariadna Gil, Luis Bermejo and Paula Grimaldo, who repeats as the original employee, the film does not yet have a release date.

For the director, filming has been spectacular: "It has been a real joy. And I admit that I was a little scared because I have always been a very intense person shooting. I have been very relaxed, the actors have been wonderful and the spectacular atmosphere. If it had lasted five months instead of five weeks I would not have cared".

It is not known if the rise of NFTs will continue to explode in the future in the film industry, but facing a new project, Faus would like to repeat the play with digital assets: "we'll see if it can be done for the entire budget or just a part. I think it's worth taking advantage of the community I've created so far and, in general, for independent cinema this is a very interesting path. We have to keep pushing to make it grow."