They were going to build houses and found a necklace with gold and precious stones from 1,300 years ago

The find was described by archaeologists as "a once-in-a-lifetime discovery. 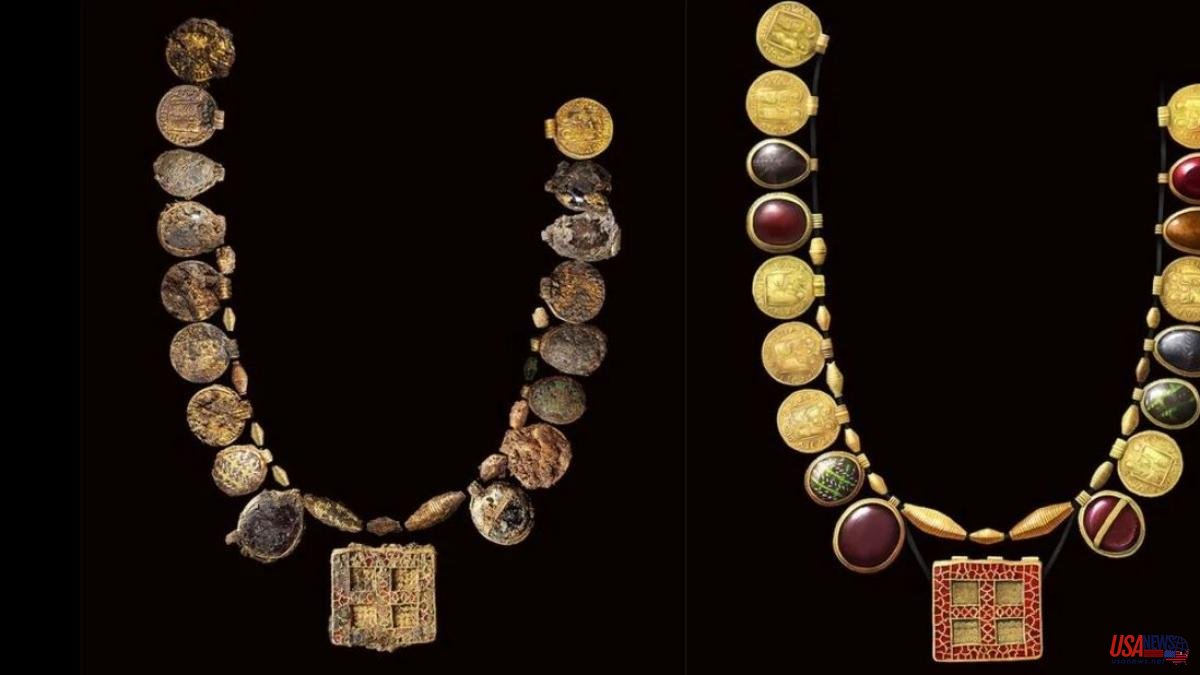 The find was described by archaeologists as "a once-in-a-lifetime discovery." It is the Harpole Treasure, a necklace with at least 30 gold beads and precious stones dating from the 14th century.

Experts from the Museum of Archeology in London (MOLA, for its acronym in English) found the relic from 1,300 years ago during excavations in the city of Northamptonshire, England.

Levente-Bence Balázs, leader of the excavation carried out in the area for the construction of houses, said: "When the first glimmers of gold began to appear, we knew that it was something important."

According to the British Museum, the necklace dates to between 630 and 670 AD. C.. In addition, it has amazing accounts with precious stones and Roman gold coins. But what is not without attention is the centerpiece, the largest and most elaborate element of the relic, a square medal with a cross inside.

Called the Harpole Treasure by specialists in honor of the place, it was found along with the remains of a woman and grave goods, spreads RT.

"This find is truly a once-in-a-lifetime find, it's the kind of thing you read about in textbooks and not something you expect to see coming out of the ground," said Simon Mortimer, an archeology adviser at the company RPS groups, which helped in the excavations.

According to the RPS groups statement, necklaces from this era have previously been discovered in other parts of England, but none are as decorated as Harpole's. "The find is of international importance and will be given to the nation," they confirm.