They find two bodies in the Amazon where two researchers disappeared

The bodies of two people have been found this Monday in the Amazon region where the British journalist Dom Phillips and the Brazilian ethnologist Bruno Araújo Pereira disappeared a week ago, as reported to a local media by the correspondent's wife, Alessandra Sampaio. 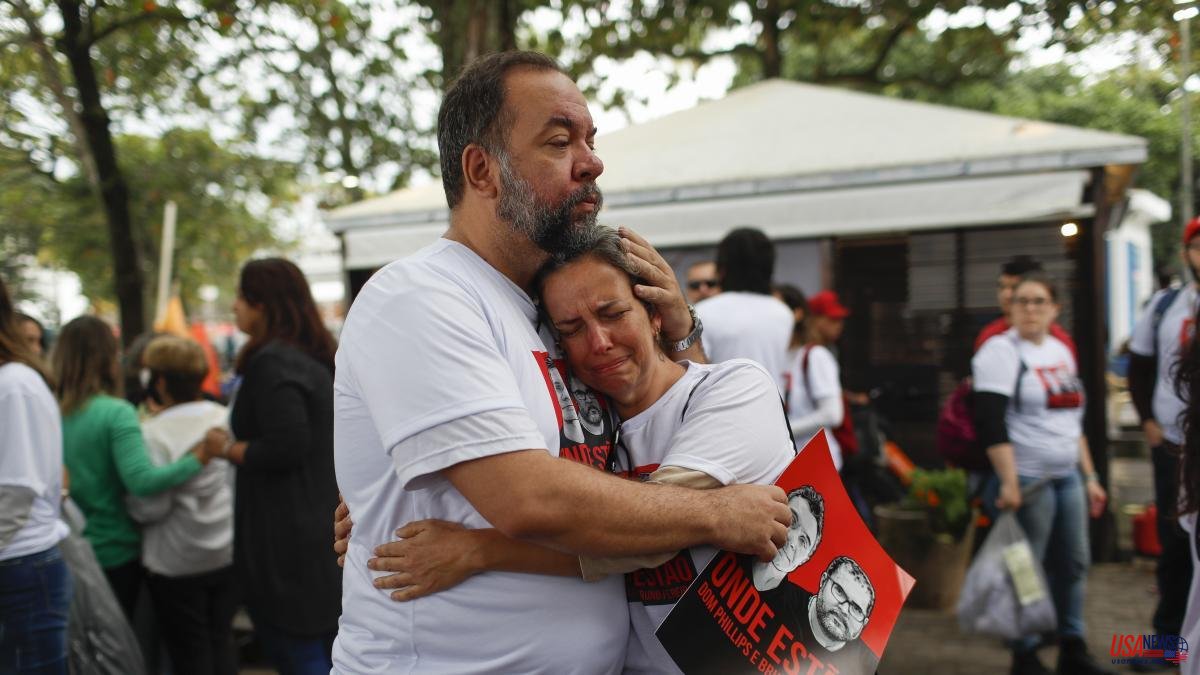 The bodies of two people have been found this Monday in the Amazon region where the British journalist Dom Phillips and the Brazilian ethnologist Bruno Araújo Pereira disappeared a week ago, as reported to a local media by the correspondent's wife, Alessandra Sampaio.

According to award-winning environmental journalist André Trigueiro, from the Globo television network and a personal friend of Alessandra Sampaio, the British Embassy and the Federal Police informed the wife this Monday morning of the discovery of these two bodies.

However, according to the information, due to the advanced state of decomposition, the bodies will be sent to Manaus, the regional capital, or Brasilia to undergo a forensic examination to confirm their identification.

Phillips, a contributor to The Guardian newspaper, and Pereira Araújo were last seen on June 5 in Valle do Javari, a remote and jungle region in the Brazilian Amazon near the borders with Peru and Colombia, where they were conducting research on threats against indigenous people.

At the moment, the only detainee is Amarildo da Costa de Oliveira, El Pelado, a furtive hunter and fisherman, with alleged ties to drug trafficking. According to several witnesses, Oliveira went, armed, to the river with his 60-horsepower motor in the direction of the two investigators, who were carrying a 40-horsepower boat. After the arrest of the alleged murderer, the Brazilian police found a hunting shotgun with ammunition, a small amount of cocaine and traces of blood in his boat.

The area in which both disappeared is known for being one of the most inaccessible in the region, home not only to the largest concentration of indigenous peoples, but also the scene of one of the largest routes through which the cocaine that arrives from Peru circulates. to be distributed to Europe.

After a week of extensive search operations, the federal police found “apparently human organic matter” near the municipality of Atalaia do Norte, where the two investigators were headed. Brazilian President Jair Bolsonaro said on Saturday that "parts of a human body appeared floating in the river."

As La Vanguardia reported, Oliveira had threatened Pereira on more than one occasion, a former official of the National Indian Foundation (Funai), a federal institution responsible for safeguarding the interests of the 254 indigenous ethnic groups in Brazil, most of them in the Amazon. . "I want to know if (Pereira) shoots well," the alleged murderer once assured, according to several witnesses.

In fact, the ethnologist found himself in the crosshairs of many local criminals after denouncing the constant violent invasions in the Vale do Javari reserve by illegal hunters and fishermen, miners and loggers, many of them armed.