Jorge Arias, Balbino Núñez and Miguel Merayo, researchers from the Institute of Cabreireses Studies, have discovered one of the most important underground Roman gold mines in the area of ​​Las Ferreiruscas. 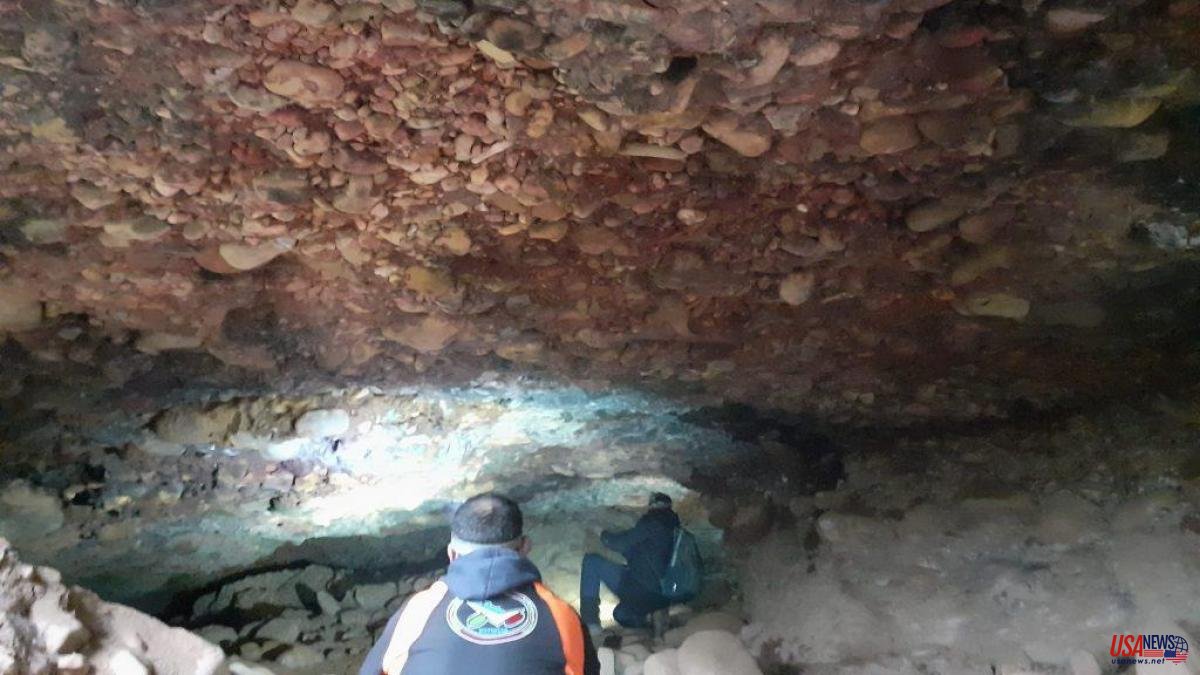 Jorge Arias, Balbino Núñez and Miguel Merayo, researchers from the Institute of Cabreireses Studies, have discovered one of the most important underground Roman gold mines in the area of ​​Las Ferreiruscas. The discovery is located in El Puente de Domingo Flórez and has up to 30 square meters of extension that had not been explored because the dense vegetation prevented the location of the mine.

One of the archaeologists, Jorge Arias, stated that "he had been looking for it for many years, he knew it had to be there, but the vegetation made it difficult to see it", likewise, he acknowledges that without the help of a neighbor it would have been impossible to discover the whereabouts of the mines.

The area was already examined in the eighties by the CSIC expert, Sánchez Palencia, who certified one of the piles where the galleries are located. The mine has a main room of thirty square meters, accompanied by three galleries located on the right.

Once the prospection of the land is carried out by the person in charge of the research group, Roberto Matías, certification will be carried out by the Culture and Tourism Council so that they form part of the archaeological heritage of the Médulas and the Puente de Domingo Flórez .

"We are talking about the largest underground gold mine that we know of so far. It is an exceptional case and it is just above the Domingo Flórez Bridge," stressed Roberto Matías, explaining that the area was worked by the Romans.

The mines served as a source of financing for the Roman Empire from the time of Emperor Augustus until the end of the 3rd century, when they were abandoned.

This setting was declared an Asset of Cultural Interest in 1996, due to its archaeological interest, and a year later the complex was considered by Unesco as a World Heritage Site. Since 2002 it is a Natural Monument.

It has been rumored for years that the Roman citizens who lived in Hispania experienced a 'gold rush' in the northwest of the Iberian Peninsula. A few kilometers from the discovery is the most important Roman gold mine in Spain, excavated in the open and located in Las Médulas, in the same way that there is a gold washing channel through which the stones were carried to extract the material.

The particularity of the discovery of the researchers from the Institute of Cabreireses Studies is remarkable, since it is one of the largest underground mines to date. "That people do not think that they are going to find gold and Roman helmets in there. What there is is pebble embedded in clay, which makes a conglomerate as if it were cement," Arias made clear.

It is not the only find in this group, since others have been discovered in Santalavilla (Benuza) or Quereño (Valdeorras), but they have not communicated more for fear that the security of the sites is insufficient for visits by society. Of the latter, they assure that easy access will make it easier for visits to be allowed soon.