Idaho Police on Saturday arrested 31 suspected members of the white supremacist group, Patriot Front, who planned to cause disturbances at an LGBTI pride event in the city of Coeur d'Alene. 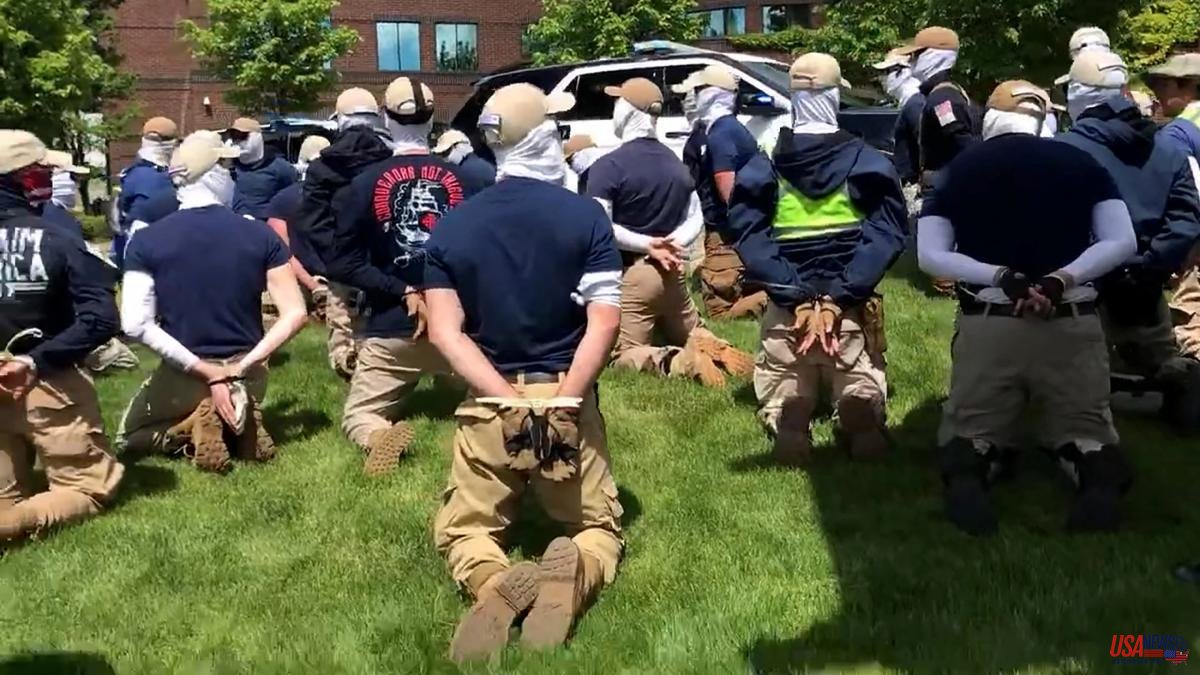 Idaho Police on Saturday arrested 31 suspected members of the white supremacist group, Patriot Front, who planned to cause disturbances at an LGBTI pride event in the city of Coeur d'Alene.

An informant warned police that there was "a small army getting into the car" in a hotel parking lot, Coeur d'Alene Police Chief Lee White revealed at a news conference about the arrests.

"According to the material they were carrying and the documentation that has been seized from them, it was clear that they were going to provoke a revolt," said the police chief.

White also detailed that during the arrest, they found a riot gear, a smoke grenade, shin guards, shields and documents "similar to the operations plan of a military group" in the suspects' truck.

As AP has collected, the Coeur d'Alene police chief noted that the 31 arrested wore patches on their arms and logos that identified them as members of the Patriot Front.

Those arrested came from at least 11 states, including Washington, Oregon, Texas, Utah, Colorado, South Dakota, Illinois, Wyoming, Virginia and Arkansas, White said. Only one was from Idaho.

Videos of the arrest posted on social media show the men kneeling on the grass with their hands tied behind their backs. "Reclaim America" ​​was written on the back of a T-shirt. The police led the men, one by one, to the front of the patrol cars, took off their masks and then took them to a police van.

The Southern Poverty Law Center describes the Patriot Front as a violent ultra-nationalist, white supremacist group that formed after the “Unite the Right” rally in Charlottesville, Virginia in 2017. The group's founding manifesto calls for the formation of a white ethno-state in the United States.