The mayor of Sant Vicenç de Montalt (Maresme), Víctor Llasera, together with the councillors, Lydia Gerónimo and Sònia Miquel, have filed a complaint with the Mossos d'Esquadra to open an investigation to find the authors of the posters distributed throughout the town in which the image of the three mayors appears and in which the text can be read in Catalan: "they requalify land for their brother" with misspellings. 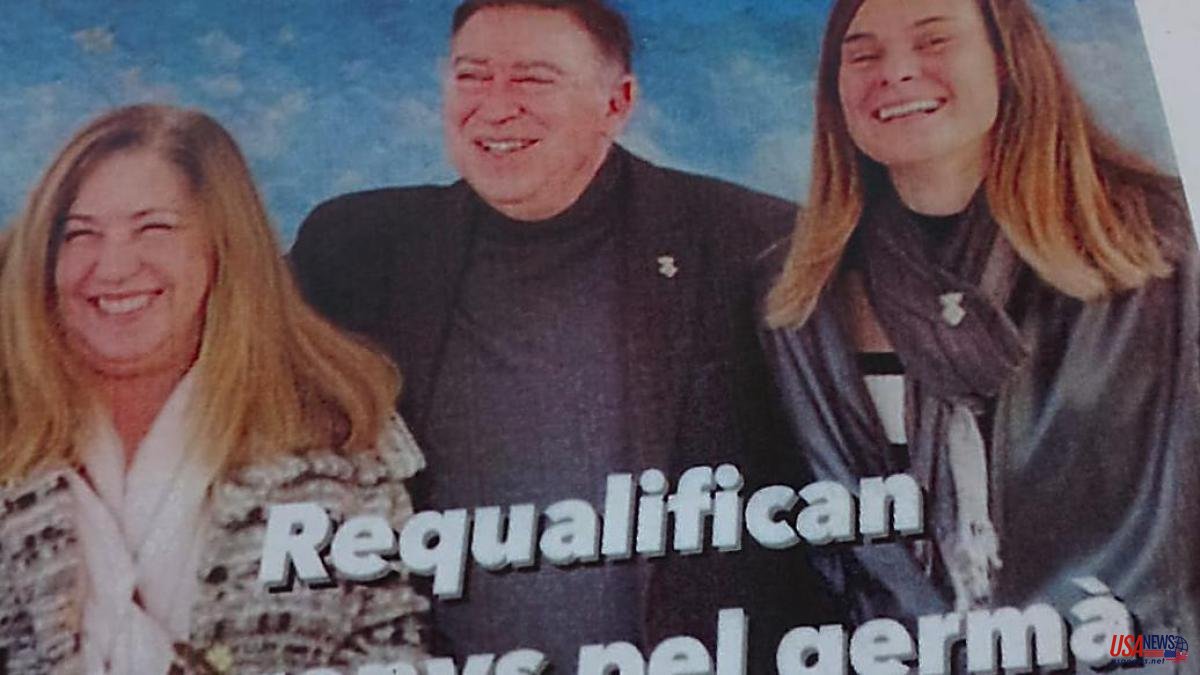 The mayor of Sant Vicenç de Montalt (Maresme), Víctor Llasera, together with the councillors, Lydia Gerónimo and Sònia Miquel, have filed a complaint with the Mossos d'Esquadra to open an investigation to find the authors of the posters distributed throughout the town in which the image of the three mayors appears and in which the text can be read in Catalan: "they requalify land for their brother" with misspellings.

The false anonymous accusation, which in Sant Vicenç de Montalt is not the first time it has been used to damage the reputation of the political opponent, refers to the approval to promote the construction of houses on land known as El Rocar, in which the Mayor Llasera's brother has a piece of land. The mayor himself, when the procedure began at the time of previous mayors such as Miquel Àngel Martínez and Javier Sandoval, asked the secretary if there was any incompatibility in his case, which the municipal lawyer denied.

The modification that would allow the construction of some twenty single-family homes was voted unanimously during the brief mayoralty of the socialist Javier Sandoval, who proceeded to the initial approval with Llasera in opposition. For this reason, the current mayor calls the anonymous "neighbourhood and cowardly policy, which he only tries to discredit by hiding behind anonymity." An incomprehensible attack since he has already publicly announced that he will not run for municipal elections again. Llasera, on this occasion, has chosen to file a complaint with the Mossos to "end this type of practice" and find the author of the insulting leaflets. The Catalan police have already begun to analyze the security cameras of the municipality and the type of printers used, to find the authors.

The current Councilor for Urban Planning, Cristian Garralaga, has shown his surprise at the accusations because "in this case there is no land reclassification" since in the area houses could already be built on plots of more than 3,000 m2. The modification introduced in the initial planning modified the surface so that it could be built on land of 1,500 meters. The councilor acknowledges that "one of the plots belonged to a relative of the current mayor" but also stresses that the urban planning file began in previous legislatures in which Llasera was not even in the government, much less held the mayor's office. The municipal official affirms that "it is not an area in which there was a defined project" but that the surface has been modified to be able to build "nothing else".

In Sant Vicenç de Montalt, a town very shaken by political controversies, with a former mayor accused of taking advantage of municipal materials, Miquel Àngel Martínez, who was postponed to the opposition by a motion of censure and his successor, Javier Sandoval , who resigned accused of harassing an official, the situation has generated great indignation. The appearance of these posters has fueled controversy and political accusations, which is why those directly involved have chosen to let justice take charge of the case.

In the municipality the reactions have not been long in coming. Thus, the former mayor and socialist candidate, Javier Sandoval, issued a statement through his new electoral option in which he regrets that the "presumption of innocence" of the councilors is again affected and considers that in politics "there are lines that are not they must cross" for which he urges all political formations to "not fall into the moral turpitude of dirty play against political rivals". Another former mayor, Miquel Àngel Martínez, reacted along the same lines, calling the appearance of the leaflets "intolerable and totally reprehensible” ensuring that this “political praxis that was installed in Sant Vicenç a long time ago” has led to the name of the municipality being tarnished.

On the other hand, Laia Sorribas, the ERC spokesperson, limited herself to responding to La Vanguardia's question with a simple: “they are anonymous”. Neither did the non-attached councilor and current president of JxCat, Robert Subirón, condemn the events, who reported that "we will talk to different forces to see how we manage it, but he refused to comment" on some posters that someone anonymous has left on the street " and before issuing a statement he said that "I must have the verified information". Finally, the CUP spokeswoman, Paloma García, reserved her opinion until "the Urban Development Plan is in public information" since they do not have the specific data to know who benefits from the urban approval.