The players are getting better and better. 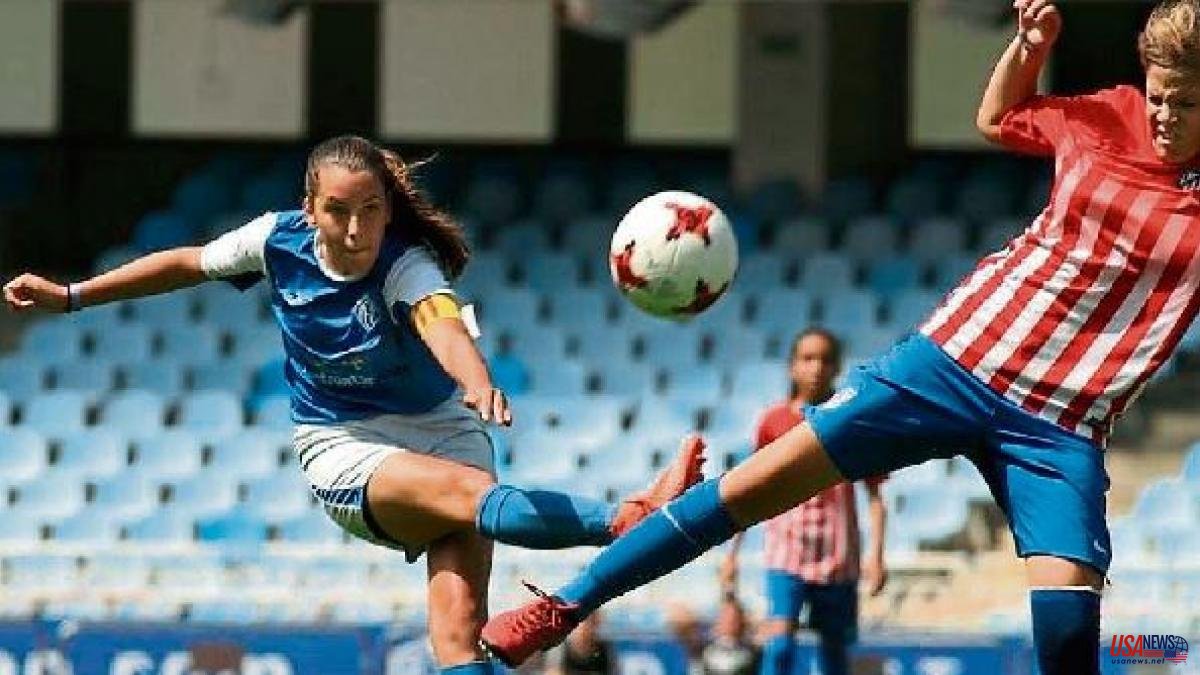 The players are getting better and better. And they show it from the base by competing in leagues that are not always female. And they even win. This is the case of the Barça women's children's players who this weekend were proclaimed champions of group 46 of the men's Second Division. The team led by Jesus López has had a brilliant season with extraordinary results that are reminiscent of those of Barça for women.

They won the 28 games played, with a record of 235 goals for and 9 against. Blaugrana striker Kautar Azraf has also topped the ranking of best scorers with 88 goals. “It has been a very good season at the training level. The fact of getting the title and the promotion is nothing more than the consequence of the hard work and also of his talent, ”technician Jesus López tells La Vanguardia. López also reflects on the management of a women's team competing in a men's league: “A special management by gender is not necessary. The goal of playing in men's leagues is to find more competitive contexts that entail greater learning needs."

It is not the first time that a women's team has managed to win a majority-male championship. The first to achieve it were the girls from the AEM Lleida youth team in 2017 when they won the title with 19 wins, two draws and only one loss in the entire championship. "There were even rival families who were happy to see that a group of girls beat their children and cheered us on," Andrea Gómez, a soccer player for AEM Lleida, tells this newspaper. And he adds: “There were also others who got angry when we scored, they made a lot of fouls. But the most important thing is that we helped other clubs to see that women's football could be promoted from the base”, he says.

This happened in 2017. Only a year later, a team from Madrid, Madric CFF, managed to equal the challenge in the juvenile category. Alba Mellado, current player of FC Levante Las Planas, was her coach. "You heard comments like: 'Today they didn't feel like running.' But when we managed to win two more leagues in the children's category, they became familiar with it, ”she explains to this newspaper.

Last season there was another team, Valencia for women, who became the first Spanish team to win a men's league, remaining undefeated with 13 wins, three draws and no losses. "Something very nice was achieved, which is to win a league title and a promotion to the Regional of a men's league," says its coach Javier Medrano, currently in the VCF Women's D, who also emphasizes that "since this year the women's teams of the The VCF Academy trains and competes in the Ciutat Esportiva de Paterna with the same conditions and resources as the men's teams”.

The rise of women's football is evidence that the figures ratify. There are already 77,461 total licenses in Spain if those of grassroots football and those of the Primera Iberdrola and Reto Iberdrola leagues are added in 2021, Catalonia being the autonomous community with the most chips (14,093) according to data from the Royal Spanish Federation of Football (RFEF). These figures contrast with those of the year 2010, when the licenses were 23,485.

The reason? Greater media visibility and investment of brands and clubs that already work in the First Iberdrola with budgets that exceed one million euros. “Barça is an example. Even so, there are still clubs like Rayo Vallecano that do not pay their players and there is a minimum salary of 1,200 euros that urgently needs to be improved,” says Mar Mas, who has chaired the Association for Women in Professional Sports since its foundation in 2016.

Regarding the possibility that women can compete in men's leagues beyond the allowed category, (currently the cadet, 14 and 15 years old), Mas maintains that "it is good for the base to play in mixed leagues because everyone learns, but there comes a point where genetically it is not recommended. Women develop earlier and the corpulence of boys also marks us biologically”. This is an opinion that all the participants in this report share.