These are the candidates to replace Boris Johnson 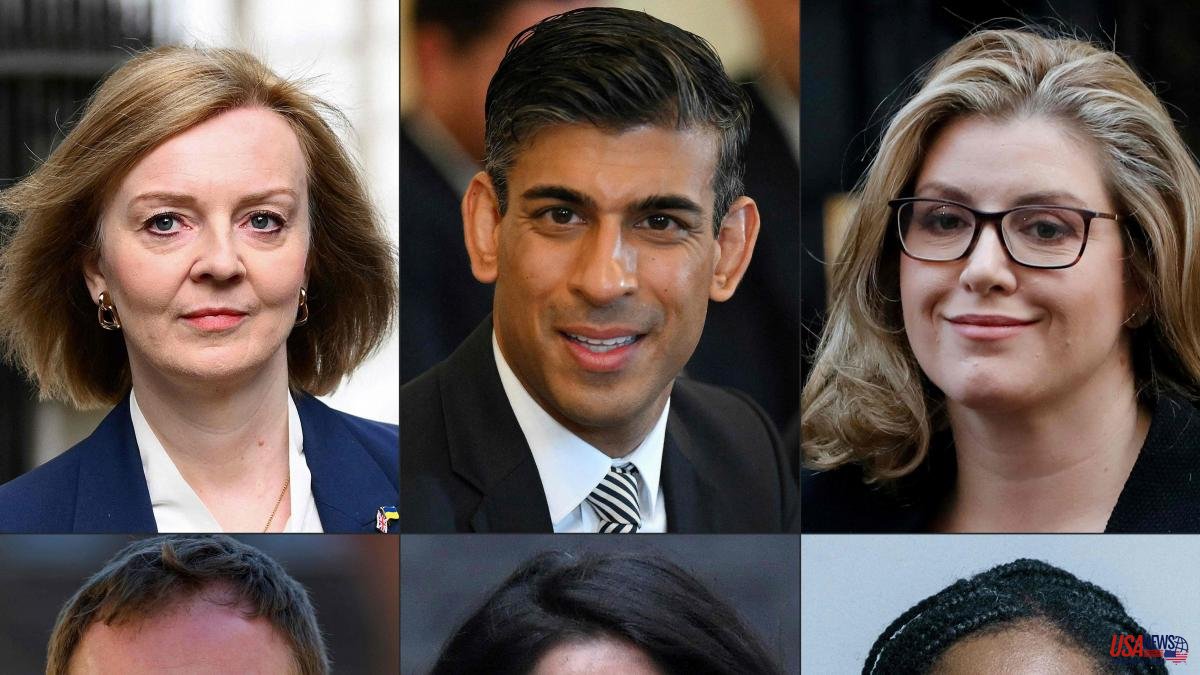 Six candidates are vying to become the new leader of the Conservative Party, replacing British Prime Minister Boris Johnson. They are Rishi Sunak, Penny Mordaunt, Liz Truss, Kemi Badenoch, Suella Braverman and Tom Tugendhat, who have received the necessary votes in the first vote between MPs of the same party, held today.

The former Minister of Economy Rishi Sunak, one of the names that has been ringing for days, has been the most voted candidate in this first vote, with 88 supports, and is the one who is currently in the best position.

However, in the last few hours the name of Penny Mordaunt, the former Defense Minister, has emerged strongly and in Wednesday's vote she obtained a promising result of 67 votes, 21 less than Sunak.

The British Foreign Minister, Liz Truss, has also passed the cut of at least 30 votes; the former Secretary of State for Equality Kemi Badenoch; the attorney general, Suella Braverman; and former Minister of Health Tom Tugendhat.

For their part, two candidates have not received the necessary support and have fallen in this first vote: the current Minister of Economy and Sunak's successor, Nadhim Zahawi; and former Minister of Health Jeremy Hunt.

Tomorrow, Thursday, the second vote will take place and there could be more next week until only two finalists are reached, among whom the Tory bases will choose their new leader and future prime minister in a mail-in vote.

This same Wednesday, the still British Prime Minister, Boris Johnson, has raised the possibility of leaving office earlier than expected and has suggested that his successor could be chosen "by acclamation" and not in an eight-week contest as planned.

He has said so in the House of Commons and has also stated that he is "proud" of his leadership and that he will leave with his "head held high".