The Popular Party will not be at the rallies called by Vox against the repeal of the crime of sedition on November 19 in Barcelona, ​​in Plaza Sant Jaume, nor on the 27th in Madrid, in Plaza de Colón. 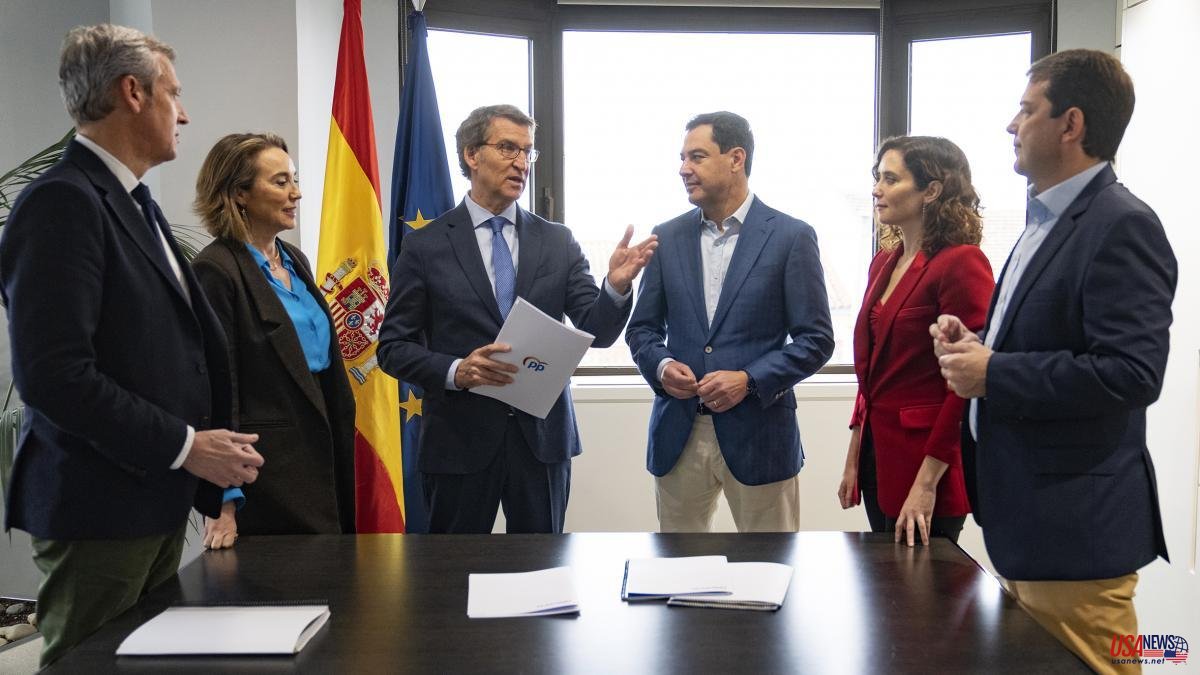 The Popular Party will not be at the rallies called by Vox against the repeal of the crime of sedition on November 19 in Barcelona, ​​in Plaza Sant Jaume, nor on the 27th in Madrid, in Plaza de Colón. PP sources assure that it makes no sense for one party to go to a call made by another, although they may agree on the proposals.

This time the image of Columbus from 2019 will not be reissued, when the right and the extreme right -PP, Ciudadanos and Vox-, demonstrated together in the Madrid square after Pedro Sánchez had met in Barcelona with Quim Torra and transcended the demands of independence. At that time, the Prime Minister decided to call general elections, after the budgets in the process in Congress were knocked down. Later, the extreme right bit oranges and popular, an operation that culminated in the electoral repetition of November of that same year, when those of Santiago Abascal became the third force in the chamber of Congress and displaced Cs.

On the last occasion that the right went to Colón, due to the possibility that pardons were granted to the prisoners of the procés, in early June 2021, the popular leader at the time, Pablo Casado, avoided running into Abascal and that the They will photograph together.

In any case, not going to the demonstration does not mean that the PP is not going to do anything. At the same time, Alberto Núñez Feijóo makes a move. He knows that he cannot wait to be president of the Government so that sedition becomes a crime again. He has to act now. It cannot seem that he attends without flinching at the reform of the Penal Code that Pedro Sánchez plans. He cannot do it while the other right-wing parties, Cs and Vox propose a motion of censure and Abascal intends to fill the streets.

Therefore, before the executive committee of the PP, Feijóo announced that he will present a proposal, "so that sedition remains a crime, and so that the calling of an illegal referendum is classified as a crime."

The PP leader did not advance further, although PP sources later explained that the most likely thing is that it will materialize in a complete amendment with an alternative text.

In this amendment, the PP would not only include the maintenance of the crime of sedition, but would also add the classification as a crime of calling an illegal referendum, which was already in the Penal Code, at the time of José María Aznar, and which was repealed by his successor, José Luis Rodríguez Zapatero, in 2005.

The classification as a crime was taken by the PP to the last general elections, when Pedro Sánchez also made it his own.

The PP knows that the majority of the investiture has enough votes for this amendment to be rejected – it will be the same with which it is going to approve the processing of this change in the Penal Code – but with it it wants to expose the PSOE. A vote of the socialists to take into consideration the reform is not the same, the popular think, than forcing them to define themselves and vote no to the crime of sedition or the illegal referendum. And that is what Feijóo wants, that they be photographed.

In his speech before the executive committee of the PP, the popular leader revealed that in recent days numerous PSOE leaders, starting with a good number of barons with whom he maintains a good relationship from his time as president, have addressed him to express “his discomfort, his astonishment and his frustration”, due to the initiative of Sánchez.

But that is not enough for Feijóo: “There are no half measures, we must establish a position and the socialists of all those territories will have to vote”, because this “is not a matter for Ferraz, since it has consequences for the entire country” and it only serves “the particular interests of Pedro Sánchez”. The PP leader summons the barons to tell their deputies to vote in favor of the PP proposal, which is what they defend, according to what they tell him in private.