There will be no peace as long as Putin remains in power.

The arrival of cold and rain on the Russo-Ukrainian front hinders the advance and helps the defence, which is why the possibilities of large-scale movements seem increasingly scarce in the coming months. 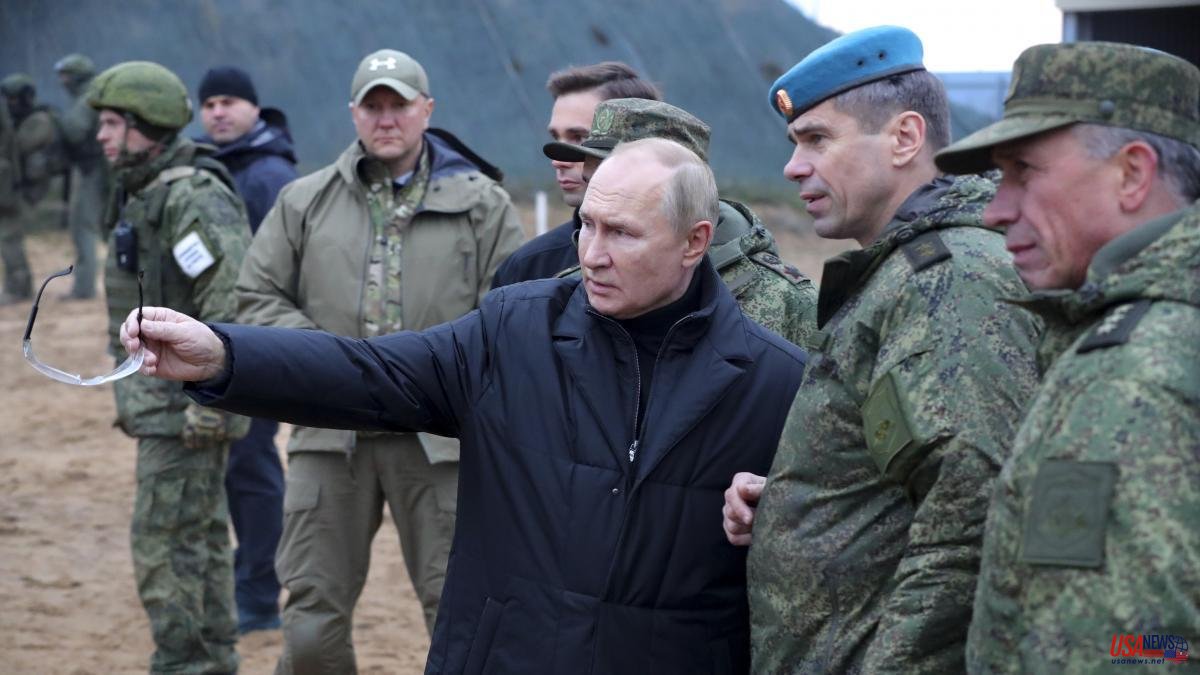 The arrival of cold and rain on the Russo-Ukrainian front hinders the advance and helps the defence, which is why the possibilities of large-scale movements seem increasingly scarce in the coming months. Such static confrontation has revived the idea that talks with Vladimir Putin are desirable. Not only the eccentric Elon Musk has spoken about the matter, but also the famous economist Jeffrey Sachs. The latter has gone so far as to say that it had been a mistake not to accept Putin's conditions in March. Those conditions included the demand that Ukraine recognize the occupied territories as Russian, maintain neutral status, and demilitarize.

Since the tragedy in Bucha, a town on the outskirts of Kyiv where the bodies of hundreds of murdered civilians were found in April, Western support for Ukraine and effective counter-offensives have hurt Putin. On November 9, the Russian withdrawal from Kherson was announced. And in September Putin had had to undermine his credibility in Russia itself by declaring a "partial" mobilization. The ad was the first of its kind in nearly 80 years.

Putin is politically wounded, but remains convinced that he can win. He deliberately attacks civilian targets and deprives the Ukrainian population of water, electricity and heating at the onset of winter to force the country's leadership to accept his terms. That terror provokes the response he expects: a respected businessman and an economist publicly propose to satisfy the terrorist's demands in exchange for peace.

Those who call for talks are probably doing so for very humane and pragmatic reasons: they believe that Ukraine cannot win, so they consider it reasonable not to waste lives and money on the confrontation. Instead, they want capitulation, even if not unconditionally. For Ukraine, that would mean seceding from some territories, renouncing potential military alliances (particularly with NATO) and accepting the limits of its own forces. Perhaps what is in mind is the example of Finland, which bribed Joseph Stalin by giving up Karelia in 1940, becoming a satellite of the Soviet Union for many years.

Unfortunately, that good advice does little else to pave the road to hell. Putin is currently waging a fourth war started, like the previous ones in Chechnya, Georgia and Syria, when he saw his approval ratings dwindle in Russia. In the absence of the rule of law (a situation created by Putin himself), approval ratings and violence are the two pillars of his regime. Without both, everything ends.

When I say that Putin has gotten into this war in vain, I mean that it is impossible to come out of it with some kind of victory, because even the conquest of Ukraine is not the ultimate goal. His other demands are that NATO return to the 1997 borders and a division into spheres of influence. And ending the war will do nothing to alleviate Russia's bleak economic situation: conquered territory is a liability, not an asset. That means that a new conflict will be inevitable; above all, because the forces of ultranationalism awakened by the invasion of Ukraine will not be satisfied with the terms of any peace treaty.

It is important to understand that Putin and his inner circle have lived their entire lives according to mafia codes in which there are no laws and which are the antithesis of the rule of law. In his mind, the only thing that exists is power. If the adversary backs down and asks to negotiate, it means that he has lost and that everything he has can and should be taken from him. In our case, that could mean seizing all of Ukraine or at least two-thirds of the country, imposing an ultimatum on NATO, and blackmailing Moldova and the Baltics. We have not yet reached that point.

What Putin really needs is a breather. His mobilization plans have been disastrous; and worse is the flow of "condolence letters" to the families of the dead Russian soldiers. Should another partial mobilization take place, the regime risks collapsing. Putin needs time to call the inhabitants of the occupied territories to arms, as happened in the Donetsk People's Republic and the Lugansk People's Republic. A year's break would also allow the Russian defense industry to refill empty arms depots, despite the emigration of thousands of talented Russian workers.

If things go on without a pause, soon Putin will be in no condition to fight. So it raises some pressing questions. Is he willing to use nuclear weapons? What would he get? A sky closed to Russian aviation, a destroyed Black Sea fleet, missing supply lines and an army on the run from NATO? I doubt Putin will risk pushing the nuclear button.

Any negotiation will harm the high morale of the Ukrainian army. And in a peace agreement, what will guarantee that within a year there will not be another attack? Putin's word? Don't make me laugh! Ukraine's accession to NATO? It's not possible! US peacekeeping forces on the dividing line between the contenders? No, America is not ready for that! Massive arms deliveries, so that the growth of the Ukrainian army's combat capability outpaces the rebuilding of Putin's forces? That is unlikely to happen.

So what could come of some negotiations? A glimpse of victory for Putin, perhaps; or a truce during which the Kremlin will try to rebuild its army and weapons. High oil and gas prices (since Putin now knows that he can produce less for a high income). And that the NATO countries have to spend huge sums to protect themselves from the increasingly predictable aggression of the "victor of the Ukrainian campaign." Negotiations will also send a powerful message to autocracies from China and North Korea to Iran that the West is weak, can't stand its ground and can't protect its friends. There are many more hot spots on the world map that would be affected by them.

The West must show clearly and strongly that bullying must be corrected, and give a lesson to that bully who runs Russia. Show that such behavior can and will be punished. That does not mean that negotiations are impossible: the war must end in peace; and peace, as long as it does not come at the cost of trampling Ukraine's internationally recognized borders, will require some sort of compromise. However, reaching agreements is not the same as allowing an aggressor to benefit from the aggression.

As long as Putin is in the Kremlin there will be no peace. So right now the choice is simple: let Russia return the seized territories, and Ukraine can then adopt a neutral status; or that Ukraine, for its own reasons, agrees to or finds an acceptable ceasefire. (This second option would require a direct military alliance between Ukraine and its supporters, including Britain and the United States.) Either option should be accompanied by the understanding that such exchanges do not constitute peace, but rather a brief truce before the inevitable resumption of conflict. The end of the war will only be possible after a regime change in the Kremlin.