There will be no Espanyol executives in the Camp Nou box

After describing as "unusual and unfair" the decision to apply the precautionary suspension of the sanction to Barcelona striker Robert Lewandowski by the Central Contentious Court of Madrid, Espanyol has decided that no parakeet manager will go to the Camp Nou. 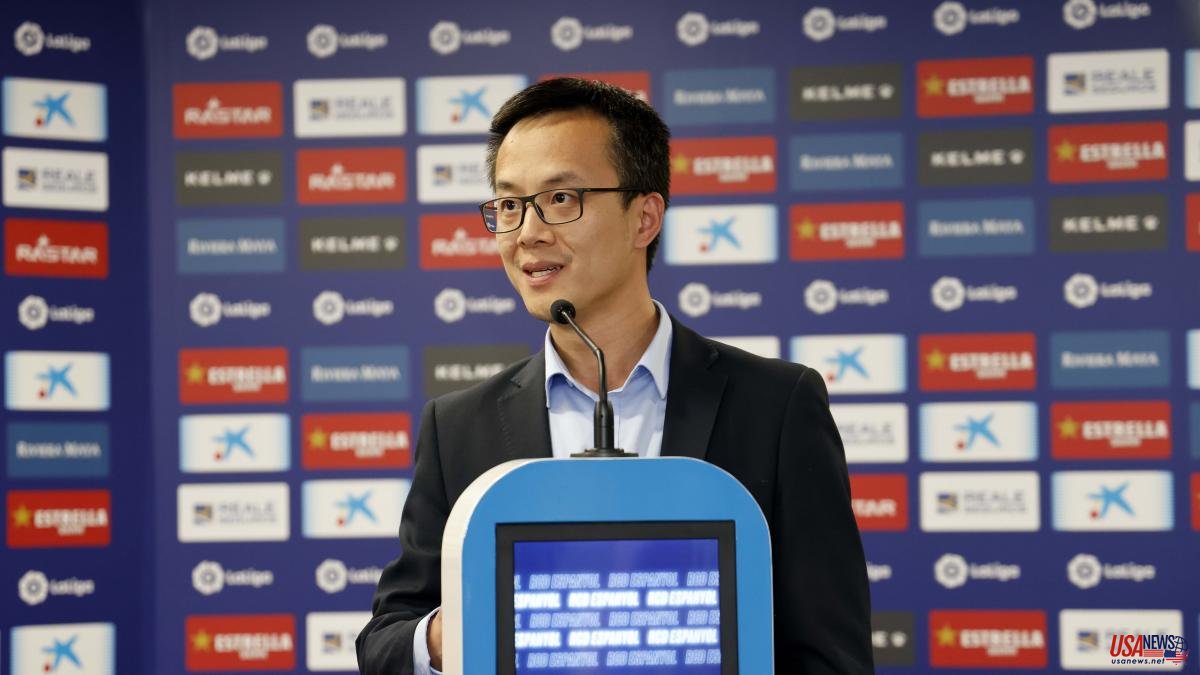 After describing as "unusual and unfair" the decision to apply the precautionary suspension of the sanction to Barcelona striker Robert Lewandowski by the Central Contentious Court of Madrid, Espanyol has decided that no parakeet manager will go to the Camp Nou. This was confirmed by the blue and white CEO, Mao Ye Wu, by phone to the Blaugrana president, Joan Laporta, who asked him to reconsider his position. Barça maintains that it is lawful to defend their rights in court and does not go against the rival.

In the statement issued by Espanyol, the entity assures that "we will use all the resources at our disposal to defend our interests" and argued that "we consider that this precautionary measure totally distorts the day of the competition and also the preparation of the match". He finally added that, on similar occasions, Espanyol presented the corresponding appeals but, he insisted, "there were not even meetings to assess it."

Mao Ye, in any case, was hopeful of signing a good result in the derby that closes the year: "Despite the injustice, we trust that our team and our coach will compete 110 percent."

He also made an appeal "from the responsibility, to the organizers of the competition and the rest of the participating clubs so that they analyze the implications that this precedent sets for all".

Finally, in view of FC Barcelona's decision not to let Espanyol fans in parakeet clothes, the blue and white statement states that "we will support the team from a distance, aware that tomorrow more than ever we will fight together as a single team for something more than three points". Barça defends that it is a security measure that has been implemented for a long time and accepts that the same measure is chosen at the RCD Stadium when Barça visits Cornellà.