There are only six women on the European Championship bench, but their success is undeniable

Less than half of the coaches participating in this European Championship are women, only 6 out of 16. 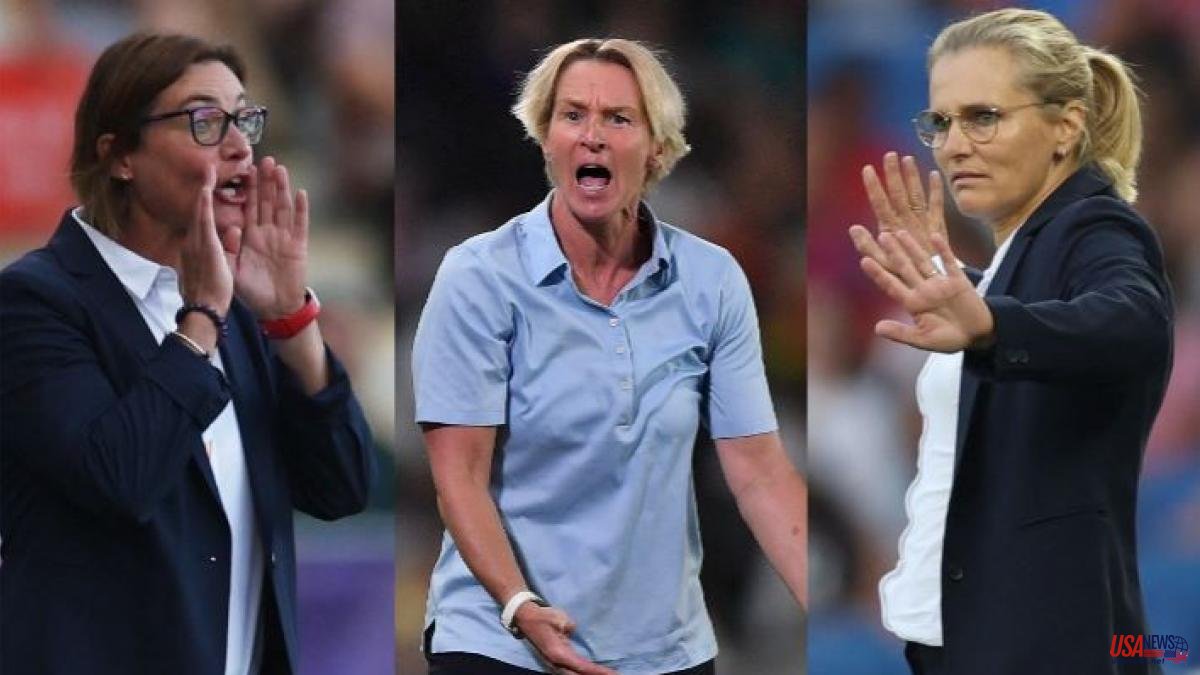 Less than half of the coaches participating in this European Championship are women, only 6 out of 16. But, although they are still a minority on the bench, those who have managed to carve out a place in the elite are achieving great results. Four of those six women have managed to qualify their teams for the quarter-finals, and the two confirmed semi-finalists (England and Germany) are also women. A figure that could be increased this Saturday if France beat the Netherlands in the last quarter-final tie to be played tonight in Rotherham.

Spain has not yet dared to put a woman in charge of its team, despite having coaches trained at the highest level and who have shown great value on the bench, such as Toña Is, World Under-17 champion in 2018, or Natalia Arroyo, who last season qualified Real Sociedad to play in the Champions League for the first time in its history. "We need to offer opportunities, but we also have to make sure that there are equal opportunities", assured the German coach Martina Voss-Tecklenburg during this European Championship.

Along with Sarina Wiegman (England), Corinne Diacre (France), Irene Fuhrmann (Austria), Milena Bertolini (Italy) and Anna Signeul (Finland) they form the exclusive cast of coaches who sit on the benches of the maximum continental event. All of them have something in common, they are former international players with successful careers on the pitch, with a lot of character, fighters and very prepared. These pioneers have paved the way in their countries obtaining the first UEFA Pro licenses and breaking down barriers for those who come after them.

Germany, eight-time European champion, has had a woman at the helm of its team since 2006, when Silvia Neid, a legend of German football and one of the women who influenced Natalia Arroyo in her career in football, took the reins of the team. the benches, as he has acknowledged on occasion. Now, his place is occupied by Voss-Tecklenburg, who like Wiegman and Diacre, has more than a hundred caps in his time as a footballer. The 54-year-old German has led a complicated transformation process with a team that she wants to take back to the top and she is achieving it, she is already in the semifinals.

Nor has the French coach had a placid path. A pioneer in managing a professional men's soccer team, Diacre is known for her drastic and controversial decisions. The last of them, leaving Amandine Henry, captain of the national team, and Eugénie Le Sommer, France's all-time top scorer, out of the European Championship.

Despite this, the results are accompanying her, she has chained the longest winning streak -15 until the draw against Iceland- and is one game away from getting into the semifinals. For Diacre, gender is not important: “All the coaches, at this level of the competition, are at a very high level. I know coaches like Sarina very well and I am convinced that we are all going to try to do our best. Being in a European Championship, we all get the best out of ourselves”.

Of the three strongest coaches in the tournament, Sarina Wiegman is probably the one with the most different profile from the rest of her teammates. She shares with them her background as a successful soccer player – she was captain of the Netherlands and 104 caps – and her leadership and courage to break down barriers, but they all agree that one of the values ​​that most defines her it is the human quality of it. A woman who has ideas, but she knows how to listen. Calm, clear and direct are the three adjectives that are repeated the most. Few women have reached the top, but their success will be the beacon for those who come after.