There are no flights for so many tourists

There are not enough flights for all the people who want to travel. 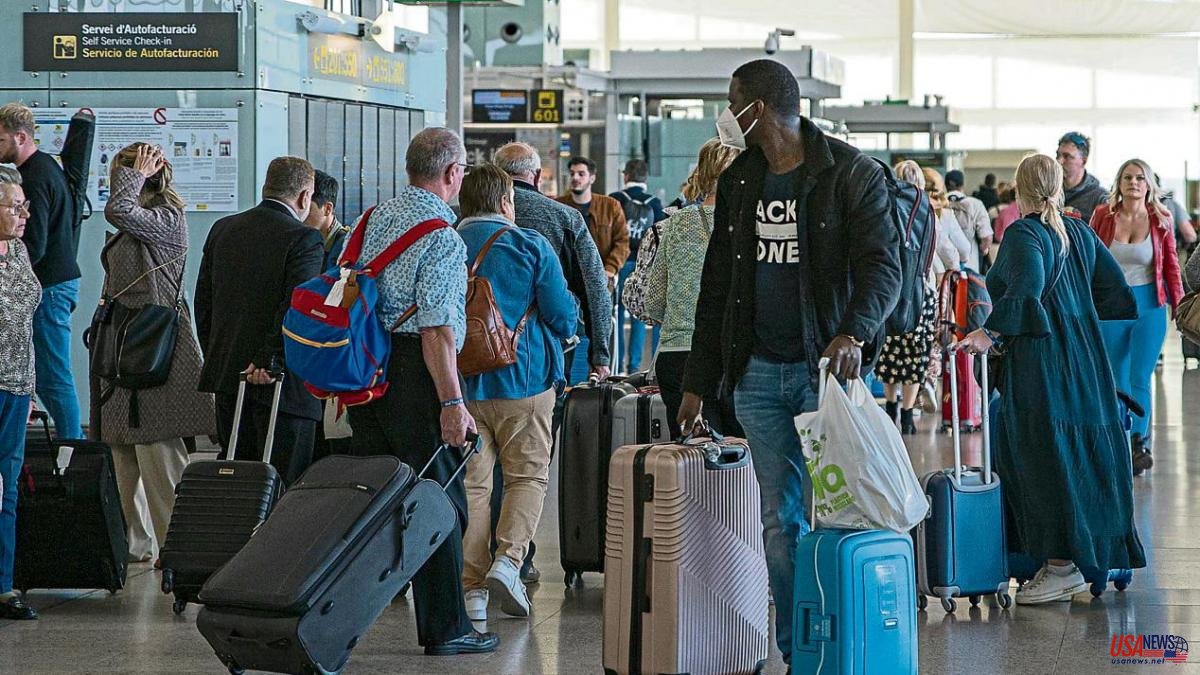 There are not enough flights for all the people who want to travel. This is confirmed by a survey carried out by the group of travel agencies Acave among its partners, published this Wednesday. Part of the companies alert that it has not been possible to make more travel reservations due to the shortage of air seats for the Christmas season and demand a greater flight schedule. The airport association ACI Europe pointed in the same direction last week. According to it, airlines are being very cautious when it comes to recovering the activity lost during the pandemic, only Ryanair and WizzAir are increasing capacity compared to 2019 in Europe. This situation, they pointed out, together with the restrictions on personnel and flights at some large airports, is leaving part of the tourists on the ground and slowing down the air reactivation.

All in all, business prospects for the end of the year are positive, says Acave. In the case of the agencies that manage the trips of foreign tourists to Spain, 71% of those surveyed expect that in the Christmas season and New Year's Eve of 2022 they will equal the levels of reservations of the same campaign of 2019, Jordi explained. Martí and Catiana Tur, president and manager of Acave respectively. Another 15% of the agencies affirm that it will even reach between 5% and 15% more than the figures of the last pre-pandemic year.

“These data provide a very positive reading about the stability of tourism activity. At the end of the summer and with historical inflation in Europe, we feared that there would be a drastic slowdown, but fortunately the activity has been maintained. Even more so, if we take into account that most of the reservations for the receptive were made more than 3 months in advance”, Martí stressed. The Spanish cities preferred by foreign tourists to spend Christmas and New Year's Eve are Barcelona, ​​Madrid and Malaga.

With regard to issuing agencies, those that prepare the trips for Spanish clients, 56% of companies are confident that they will match (19%) or exceed (37%) the 2019 figures for these campaigns. However, 44% of the agencies will not yet reach the levels of 2019 for the campaigns that close the year.

By type of product, the most demanded for trips during the Christmas and New Year periods are the United States (particularly New York for New Year's Eve) and the European capitals to visit decoration and traditional markets. Clients then turn to agencies to book trips to Africa and South America. This year, the demand for national trips to visit Spanish cities such as Madrid or Barcelona, ​​combining shopping and culture, is also growing. Regarding ski tourism, it is expected that the reservations will end in recent weeks with the arrival of cold and snow. Looking ahead to the New Year's Eve celebration, the cities most chosen by travel agency clients are New York, Madrid, Barcelona, ​​Rome, Paris and Prague.

For the balance of the 2022 season in terms of travel contracting, 38% of issuing agencies state that they have equaled (6%) or exceeded (32%) the data for travel contracting for 2019. The remaining 62% have not yet has reached pre-pandemic levels.