Joan Ollé has died during the early hours of this Tuesday at his home in Barcelona, ​​due to a sudden heart attack. 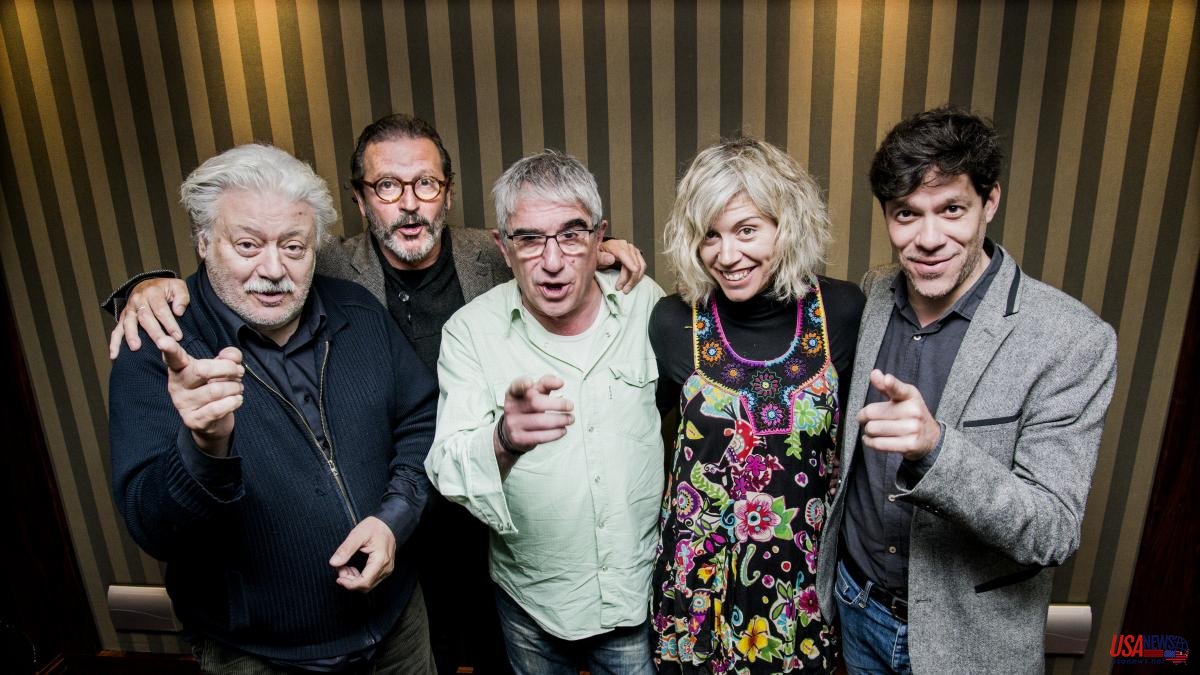 Joan Ollé has died during the early hours of this Tuesday at his home in Barcelona, ​​due to a sudden heart attack. The actor, playwright and theater director, founder of Dagoll Dagom and responsible for successes such as I will not speak in class with Pepe Rubianes, had developed a solid career on national stages, from Mérida to the TNC, passing through the Grec, the Lliure or the Liceu. A career that ended with controversy last year, when he was the subject of accusations of sexual harassment and abuse of power by students of the Institut del Teatre, where he worked as a teacher. This September 4 he would have turned 67.

Born in Barcelona in 1955, Ollé had also founded the Espai Canuda. And he directed the Sitges Teatre Internacional festival from 1992 to 2001. Àlex Rigola wanted him by his side as associate director of the Teatre Lliure for a couple of years, in 2003 and 2004. On television, he presented the program La isla del Tesoro on television with Joan Barril. Channel 33, which earned him a National Television Award in 2005. He also collaborated on the radio program El Café de la República with Joan Ollé's La Encíclica countereditorial.

In 2021 he was suspended as a professor at the Institut del Teatre after accusations by members of the student body, who also alleged favorable treatment when it came to granting an acting role. However, an internal investigation concluded that there was no case, after which Ollé, who denied the facts at all times and considered himself the victim of a public lynching, decided not to bring the institution to justice. This controversy definitely marked his career and divided the circle of labor relations between those who supported him and those who distanced themselves from him and, as he himself indicated, "turned their backs on him".

Joan Ollé began in the theater directing two plays at Dagoll Dagom based on texts by J. Salvat-Papasseit: I was a fool and what I have seen has made me two fools (1974), based on poems by Rafael Alberti, and Nocturn per agreed (1975). But it was in 1977 with I will not speak in class, a satire about the school experience during the Franco dictatorship with which Joan Lluís Bozzo, Anna Rosa Cisquella and Miquel Periel joined the company, that the company registered its first success and it began to rain contracts throughout Spain.

Later they staged When the radio spoke of Franco, by Josep Maria Benet and Jornet and Terenci Moix. And already in the eighties, Ollé tackled texts by Racine in Els Pledejaire - and in 2002 he would mount his Fedray - and by Sanchís Sinisterra in Crímenes y locuras del traitor Lope de Aguirre, with the Teatro Fronterizo and Teatropolitán. He directed Espriu's Antigona at the Mérida Classic Theater Festival and already in the nineties he tackled Peter Handke's De poble en poble, which won him the Ciutat de Barcelona 1996 award and García Lorca's Así que pasen cinco años.

After his time as an associate of Rigola at Teatre Lliure, in prolific years he staged Crònicas (Catalonia Splendors) inspired by Ramon Muntaner's Crònica, for the Peralada Festival, with musical direction by Jordi Savall, and classics such as Sis personages en author search for Pirandello or L'oncle Vània by Chejov and La plaça del diamant by Mercè Rodoreda with music by Pascal Comelade, Joan Ollé aspired to direct the National Theater of Catalonia, Xavier Albertí being finally chosen.