The Young Cultural Bonus starts with the web only in Spanish

The inscriptions on the website of the new Youth Cultural Voucher (www. 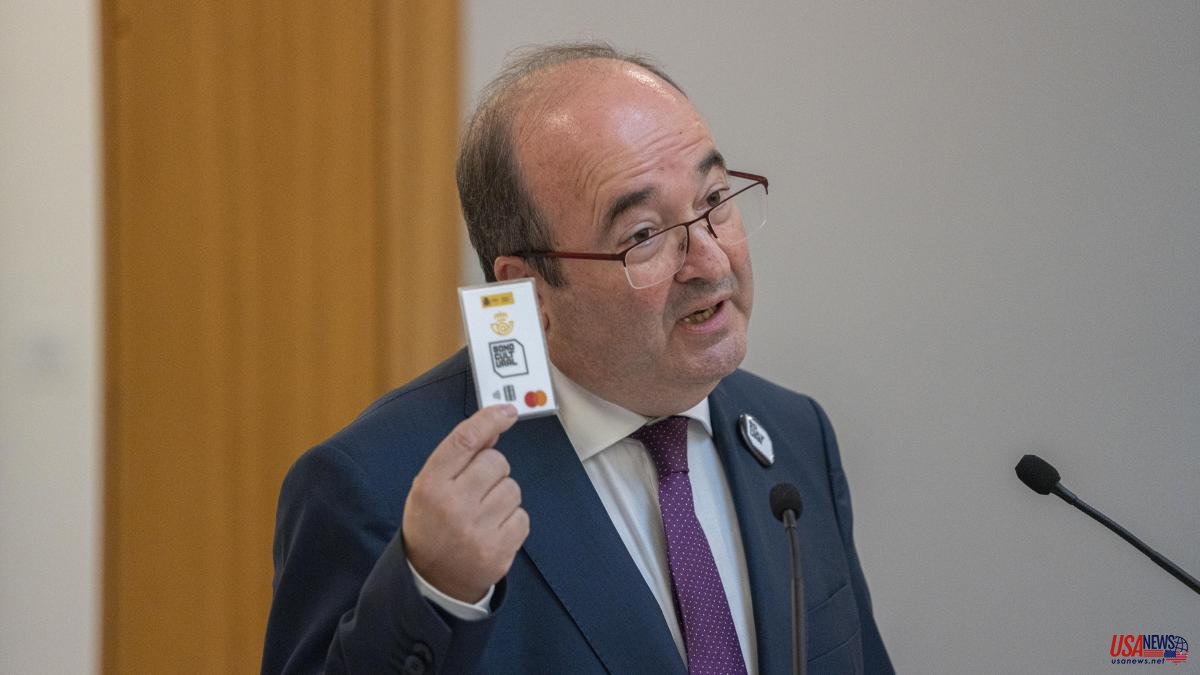 The inscriptions on the website of the new Youth Cultural Voucher (www.bonoculturajoven.gob.es) have started today after long months of implementation and have done so for now with the website only in Spanish because the options in the other co-official languages, Catalan, Galician and Basque, although they appear on the page, are deactivated for now. According to the Ministry of Culture, chaired by Miquel Iceta, it is not a problem with the website but that they will be activated in the coming days and they explain that initially only the option in Spanish works because the will has been to make registration available to young people as soon as possible.

Precisely Iceta has chaired today in Valencia, together with the president of the Generalitat Valenciana, Ximo Puig, the opening ceremony of the program, which will allow some 500,000 young people from all over Spain who turn 18 in 2022 to benefit from 400 euros to consume products and services for a whole year from its activation, which can be done until October 15 on the program's website with a digital certificate or the Cl@ve authentication system.

"We want young people to celebrate their coming of age hand in hand with culture. We want new viewers, new readers, we want future generations with a great hunger for culture", highlighted the Minister in an act that concluded with the musical performance of a trombone quartet made up of Valencian musicians Héctor Mora, Alberto Miquel Silla, Marcos Miquel Silla and Jaume Pérez Ripoll, all members of the National Youth Orchestra of Spain.

For this initiative, which represents an annual investment of 210 million euros -more than 20% of the Ministry's usual budget- and which seeks to support the cultural sector, badly damaged by the pandemic, and create cultural consumption habits among young people, 2,912 cultural companies have already registered and will offer their services - from bookstores to record stores, theaters or festivals - of which 914 have already completed the application process since the deadline for cultural companies and entities opened on July 18. The Bonus will only work in establishments and companies that are part of the program.