The first day of the XXI Congress of the PCE was this Saturday marked by the tension between the critical sector and the current leadership, a leadership that nevertheless obtained clear majorities in all the votes, both the regulations and the management report presented by the team of the current general secretary, Enrique Santiago. 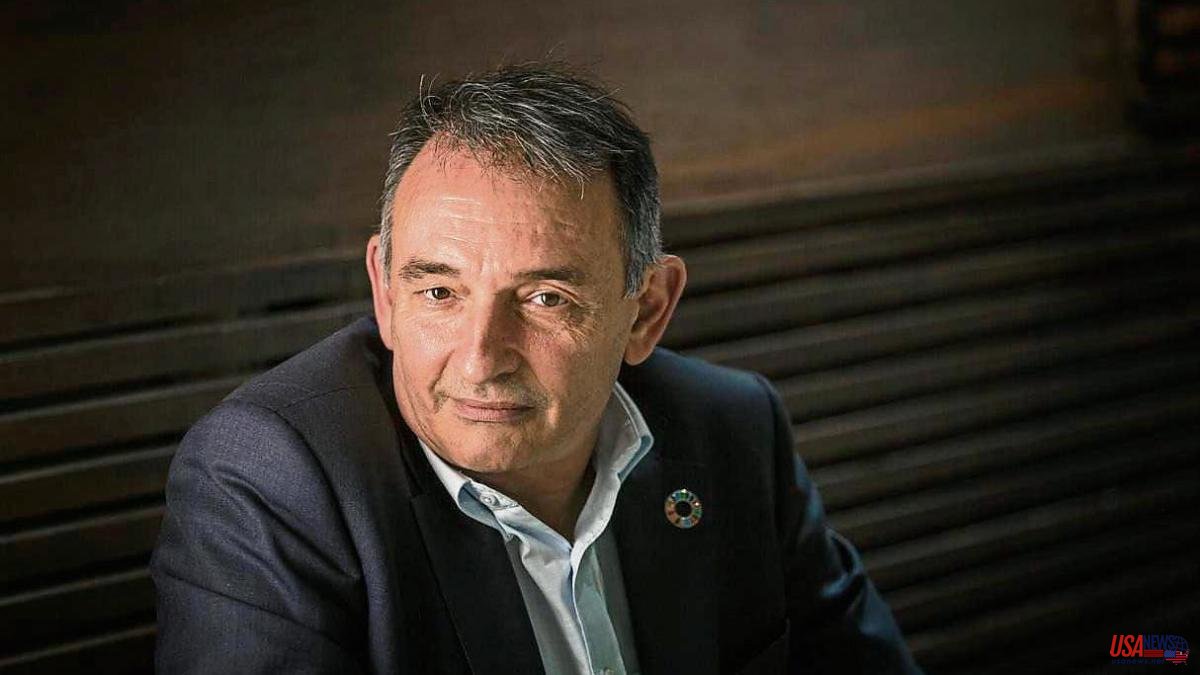 The first day of the XXI Congress of the PCE was this Saturday marked by the tension between the critical sector and the current leadership, a leadership that nevertheless obtained clear majorities in all the votes, both the regulations and the management report presented by the team of the current general secretary, Enrique Santiago.

The conflict began early, according to different sources, when members of the critical sector challenged eight minutes of the census of delegates corresponding to the Andalusian Communist Party. The management decided to proceed without these discharges to avoid the conflict, but even so, there were scenes of tension at the beginning of the conclave and two delegates even came to face jostling, a scene that immediately went viral on social networks.

Then, during the statutory voting, the Communist Youth decided to absent themselves in protest, after a regulatory amendment was approved that specified that the Youth do not make up a party within the party and therefore do not have their own political line, but rather their Its mission is to apply the line that marks the political direction of the PCE on matters of general policy in each case.

When they left the congress, Youths were accompanied by part of the delegations from Asturias, the Valencian Country, Aragon and Madrid, critical of Enrique Santiago's administration, but they returned a few minutes later to participate in the voting, which was won by the leadership successively and in all cases, with a variable support always in the environment of two thirds of the votes of the delegates. With minor variations, more than 300 delegates supported the leadership's proposals while around 150 voted against.

The alternative candidate, Alberto Cubero, from the Aragonese delegation, harshly criticized the pact policy of the current leadership and its participation in the Government - in which the PCE has two ministers with a card, Yolanda Díaz and Alberto Garzón, in addition to the Secretary of State for Agenda 2030, which is held by Santiago himself—an implication in the executive that, in his opinion, reduces the specific weight of the PCE and its profile, turning it into a reformist and non-revolutionary formation.

In the background of the dissent is the opposition of the critical sector to the political line of Enrique Santiago, a determined promoter of the unity of the left, both with his support at the time for the political strategy marked by Pablo Iglesias, of whom he was one of the most loyal allies, as at present, to the leadership of Yolanda Díaz and her listening process through the Sumar platform, whose baptism, last Friday, was attended by Enrique Santiago himself.

There was no shortage of reproaches in Congress for Santiago's attendance at the Matadero event, and even accusations of having delayed the start of the PCE congress so as not to make it coincide with the coming-out of Yolanda Díaz's project.

At the same time that the first clashes were registered in the PCE Congress, the State Citizen Council of Podemos was meeting, under the direction of its current general secretary, Ione Belarra. In his initial speech, Belarra, who alluded to Podemos's commitment to the coalition government, which he underlined as a political heritage of the formation, made no mention of the starting gun of the Sumar platform, but Friday's event was very present in the subsequent debate of the Citizen Council, already behind closed doors, as confirmed by various sources. Mistrust of the Díaz movement and the need to build political muscle within Podemos were the subject of several of the interventions at the meeting.

There was also no lack of accusations against the PCE in the Citizen Council, with which the Podemos leadership has been at odds since the uneventful resolution of the negotiation of the Andalusian lists. From the leadership of the party, according to training sources, the Communist Party was accused of having been the shadow organizer of Yolanda Díaz's act on Friday, despite the fact that —it was obvious in Matadero—, who provided the logistics and staff for the organization of the event were members of En Comú Podem.

All these tensions, evidenced in the PCE Congress as in the meeting of the Podemos leadership, reveal the material resistance in the organizations of the left in the face of the reconfiguration initiative proposed by Díaz after Iglesias gave him the political leadership of the space and announced this the formation of a movement with citizen roots in which the parties are called to participate but not to exercise political leadership.