The writer Javier Marías dies at the age of 70

“I will be loved when I am gone” Javier Marías entitled one of his compilations of articles and, although there were many who loved his books in life, the news of his death, now that he may already be a ghost -one of his favorite words-, To think that the avalanche of praise and panegyrics will allow many others to discover and admire it, reinforcing its destiny to become a classic. 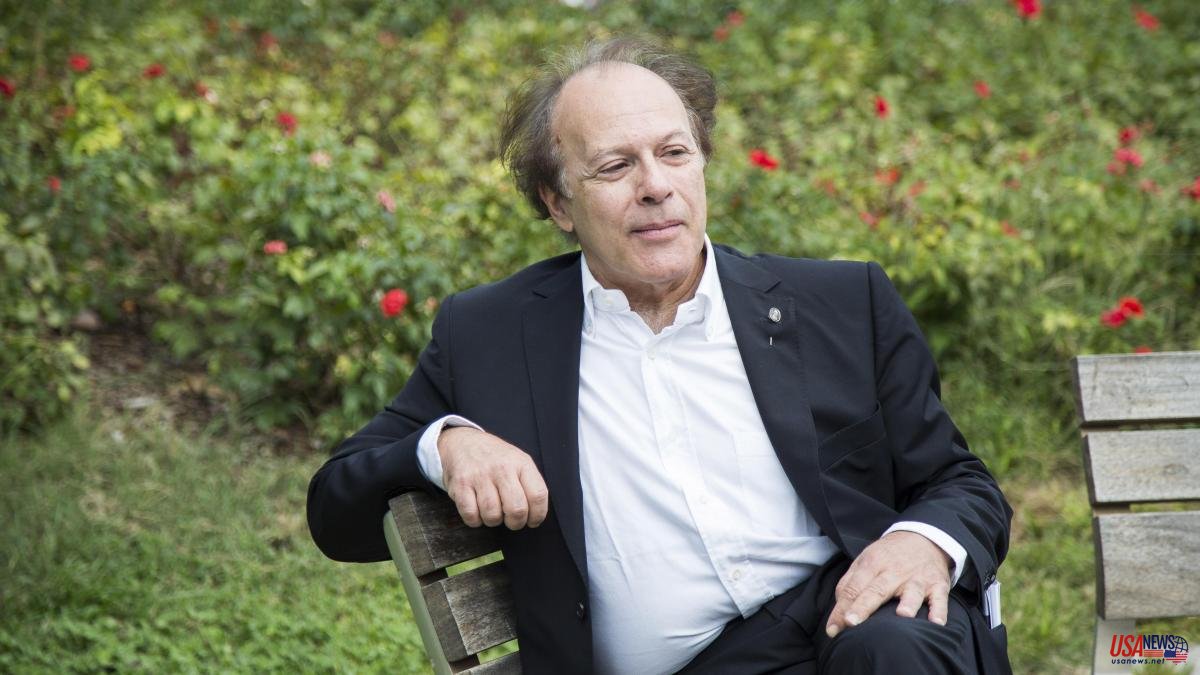 “I will be loved when I am gone” Javier Marías entitled one of his compilations of articles and, although there were many who loved his books in life, the news of his death, now that he may already be a ghost -one of his favorite words-, To think that the avalanche of praise and panegyrics will allow many others to discover and admire it, reinforcing its destiny to become a classic.

On August 14, a statement from his publisher, Alfaguara, reported that the author was in the process of recovering as a result of a lung condition and today his death, in Madrid, at the age of 70, has had to be mourned.

Son of the philosopher Julián Marías -whose condition of reprisal from the Franco regime was a recurring theme in his work- and the writer Dolores Franco Manera, Javier Marías graduated in English Philology from the Complutense University of Madrid and at just 20 years old, after collaborating with his uncle, the filmmaker Jesús Franco, in writing and translating some scripts, published his first novel, Los dominios del lobo. It was the first of a total of sixteen that -with his essays and compilations of stories and articles to a lesser extent- raised him for many to the status of best writer of his generation. Difficult to question that titles like Tomorrow in the battle think of me, Heart so white or Your face tomorrow represent peaks of the Spanish narrative of the last three decades.

Marías contributed a unique style and prose -happily intoxicated by his passion for Anglo-Saxon letters, with Sterne, Shakespeare and Faulkner at the helm-, deployed through heterodox, reflective and perceptive narrators, whose sinuous, heightened, rambling and expansive -to its "meanders, eddies and overflows", in Eduardo Mendoza's inspired analysis- a reader who was trapped in a hypnotic mental discourse had access. Chance, simulation, manipulation, deceit, the unspoken, memory or the imprint of the dead on the living were some of the themes he returned to again and again in his attempt to submerge himself in the depths of the human condition.

His last two and connected novels, Berta Isla and Tomás Nevison, were faithful to these concerns, where he perhaps took his interest further in dwelling on what did not happen or what could have happened and did not. Paraphrasing one of his works, before the passage of time he was interested in the black back of time, the underside of what happened, the potential and not consummated. In her novels the hands of the clock have stopped and it is in the pause, in the parentheses, or in the dilation and the waiting (like the one Berta Isla suffers), when the shadows hang over us (we neither see clearly nor are we completely blinded, it is the moment in which consciousness jumps from darkness to light), when the ideal conditions for musings and questioning unfold, when doubts, uncertainty and anguish seek impossible answers through the labyrinths of heads on fire Thus, the archetypal protagonist of Marías is a ruminator or an observer who traces incessant circles around a basic question: How much can we get to know about ourselves and others? One's own face and another's as unfathomable mysteries.

For many years the name of Javier Marías was practically the only one associated with contemporary Spanish literature that was mentioned abroad, which is reflected in the large list of prestigious awards that he won: IMPAC Dublin Literary Award, Rómulo Gallegos Prize, Prix ​​Femina Étranger, Mondello Prize… He also seemed the best positioned candidate to give her back a Nobel Prize that ended up resisting her. Among the distinctions at the national level were the City of Barcelona Award, the Fastenrath Award, the Critics Award and the National Narrative Award, although the latter, awarded by the Ministry of Education, Culture and Sports, he resigned for being against institutional prizes – “favored by this or that government”, he declared at a press conference – in a decision that raised controversy.

Other honors were his entry into the RAE, the publication of his work in the select Modern Classics series of the British Penguin label, teaching at the Complutense University of Madrid, Oxford University and Wellesley College, obtaining the National Prize for Translation Fray Luis de León for The Life and Opinions of Tristram Shandy -other classics he translated were Conrad, Stevenson, Sterne, Hardy, Yeats and Browne-, or collaborating in newspapers of such international prestige as Le Monde, Frankfurter Allgemaine Zeitung or Times Literary Supplement. His most constant and long-lasting journalistic work was undoubtedly that developed through his articles and columns for El País and its Sunday supplement, EPS, collected in various volumes -the last one this year: "Will the cook be a good person?"- , characterized by an ironic and sharply combative spirit when dealing with current affairs and that they had in the Popular Party, in behaviors and attitudes of Spanish society that they considered insufferable and in the excesses of political correctness and the culture of cancellation some of his black beasts –“I write about topics that seem serious, dangerous, unfair or stupid to me”, he declared to the same newspaper.

If there is a place that marked Javier Marías's literature, it was Oxford, where he taught Spanish Literature and Translation classes between 1983 and 1985, imbuing himself with experiences, culture, environments and stories, and making a series of friendships, which they would filter in works like All souls, Black back of time and his trilogy Your face tomorrow. The second details how the writer became sovereign of the Kingdom of Redonda, a legendary island in the colony of Antigua and Barbuda that gave its name to the publishing house that he launched in 2002 and that welcomed names such as Rebecca West, M.P.Shiel, Balzac or Stevenson.

“Posterity doesn't make any sense. Everything gets old at an excessive speed. How many authors, as soon as they die, go into immediate oblivion”, the writer let go in the last interview he gave, in May of this year. If there is a literature that does not seem doomed to oblivion, it is his, precisely because he wondered like few others about the fences that we left after our departure and the impossibility that the voice of the loved and valuable dead fade over time. In the midst of any future battle, we would do well to return to his books and think of him, and think with him, through his storytellers.