The worst tattoo of the World Cup? The image of a deformed Messi provokes laughter from the networks

The euphoria in Argentina for the achievement of the World Cup in Qatar does not cease. 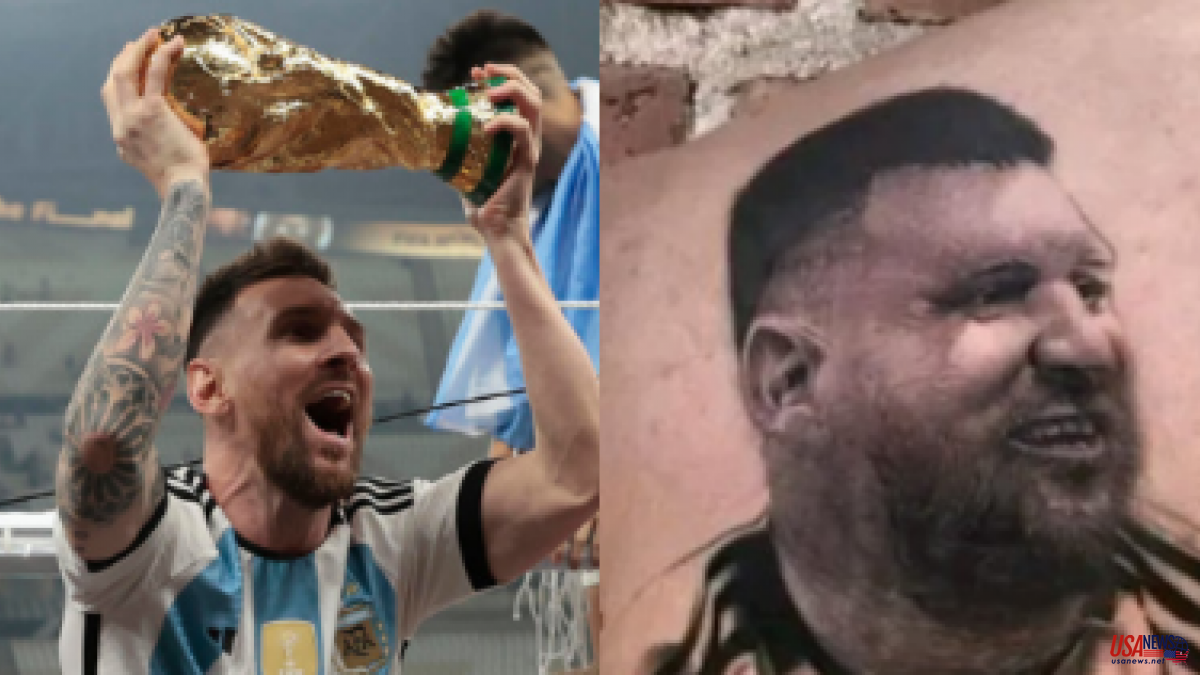 The euphoria in Argentina for the achievement of the World Cup in Qatar does not cease. First, the fans of the albiceleste invaded the streets of the country, to such an extent that the rúa de los campeones could barely cover a few kilometers by road. These celebrations also left us with some less pleasant images due to the lack of control of some fans.

The most tattooed As could be foreseen, Lionel Messi has been the main target of many of these fans. The celebration at the Lusail stadium raising the cup left iconic images that many have taken as a reference to get tattooed. Some have even opted for his already famous phrase of "What are you looking at, fool?"

The worst tattoo? In the last hours, an image has been circulating on Twitter of an alleged tattoo that someone has made of Messi with the cup in his hands and that is not entirely true to reality. Several users have shared this photograph, where you can see how the Rosario's face is distorted, deformed and with a few extra kilos. The perpetrator and victim are unknown.

Other tattoos of dubious taste. It seems that illustrating Messi with a little more weight has become fashionable.

There are also those who have decided to take madness to the extreme and have tattooed Messi's name on their foreheads. Because his wasn't grotesque enough, the design and typography don't help either.

As the hours go by, we can see how more and more tattoos compete to be the ugliest in the World Cup.