The different forecasts available about the evolution of the Euribor in 2023 are different, but they have something in common: the more recent they are, the closer they are to 4%. 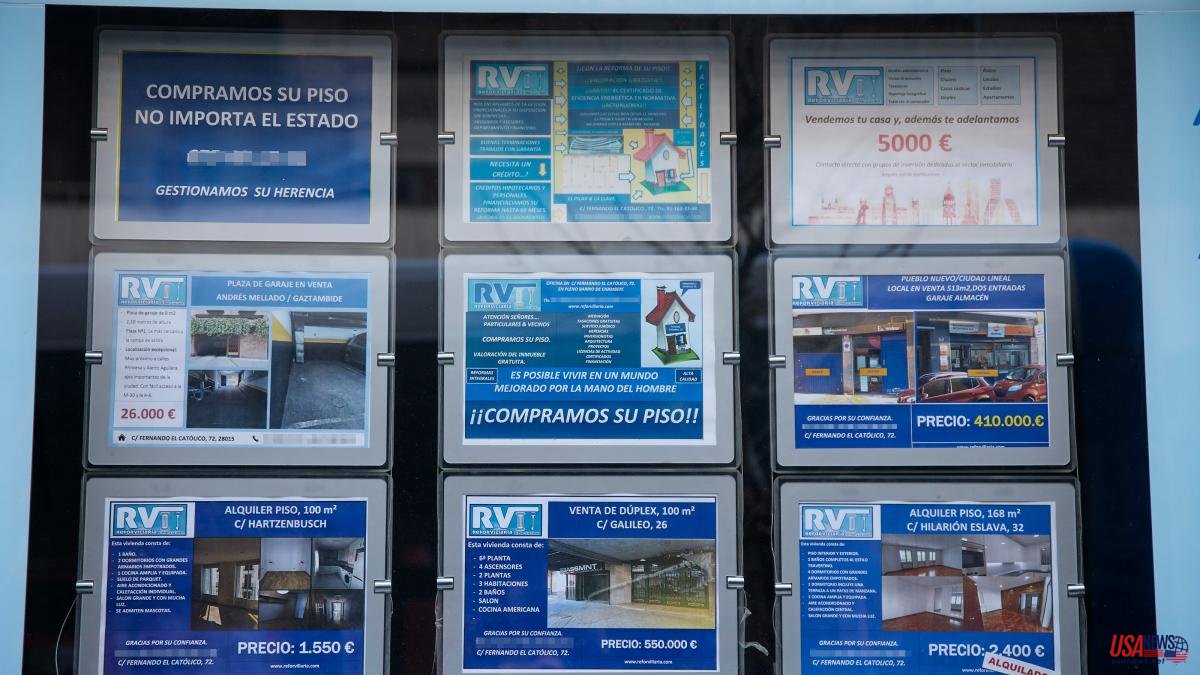 The different forecasts available about the evolution of the Euribor in 2023 are different, but they have something in common: the more recent they are, the closer they are to 4%. Whatever the percentage, it is set to become a headache for the millions of customers with variable-rate mortgages whose quota will be reviewed in the coming months.

The benchmark mortgage index experienced an explosive increase last year, in which it went from negative rates in April to over 3% in December. It did so to the beat of the ECB, which in July applied the first interest rate rise in eleven years and which, after raising it to 2.5%, is preparing additional increases.

The latest forecasts for the Euribor are precisely the most pessimistic. The Association of Financial Users (Asufin) forecasts that in June it will exceed 4%, while Bankinter places its estimate for 2023 at this same percentage.

From iAhorro they estimate that the mortgage reference index will not reach 4% this year, but it will be close. The growth curve has begun to flatten, as has also happened with inflation, and according to his forecast, the ECB will not be so aggressive in raising interest rates this year.

There are other more optimistic forecasts around the Euribor, but not so recent. The Funcas panel places the forecast for 2023 at 3%, but its estimate was published in mid-November, when the indicator was around 2.5% and the ECB had not yet applied the half-point rate hike from December. At the moment, CaixaBank Research manages a percentage of 2.73% for this year.

BBVA Research predicts that rate hikes in the euro zone will moderate this year. He expects the ECB to place the price of money at around 2.75% in 2023. Monetary policy, he warns, "is going to be clearly restrictive for some time to reduce inflation levels."

The INE calculates that in October the average mortgage in Spain stands at 163,485 euros, with an average term of 24 years. 33.2% of the newly formed companies are at a variable rate and 66.8% at a fixed rate. However, in Spain there are more variable mortgages because until 2016 90% were signed with this modality. The turnaround occurred in 2020, when the cost of debt plummeted and consumers massively opted for the fixed rate.

An average variable-rate mortgage like the one described by the INE in its October report with a differential of 1% would have paid a monthly installment of 674 euros at the beginning of 2022, according to the simulator of the Spanish Mortgage Association (AHE). Now, on the other hand, it assumes a monthly fee of 883 euros that, if the Euribor were to reach 4% of the worst forecasts, would amount to 975 euros.