The world numbers 1 and 2 will be in Godó: Nadal joins Alcaraz

The Barcelona Open Banc Sabadell-Trofeo Conde de Godó has announced this Wednesday the participation of Rafa Nadal in the 70th edition of the tournament that will be held between April 15 and 23. 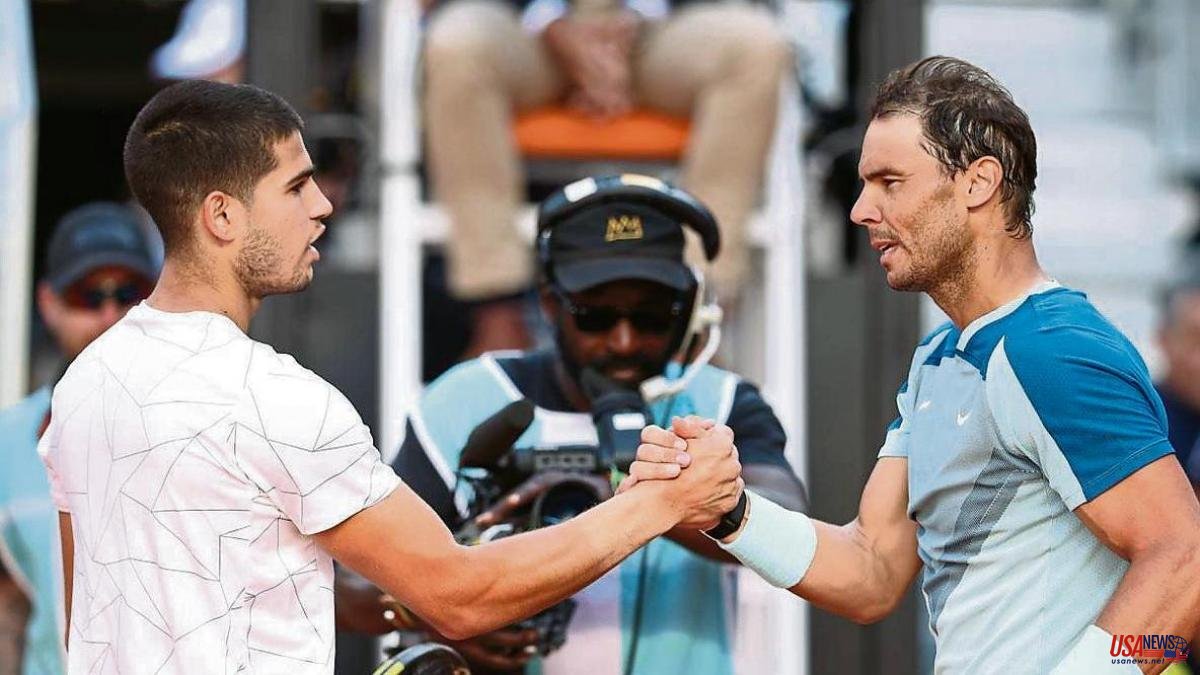 The Barcelona Open Banc Sabadell-Trofeo Conde de Godó has announced this Wednesday the participation of Rafa Nadal in the 70th edition of the tournament that will be held between April 15 and 23. In this way, the Spaniard, current number 2 in the world, joins Carlos Alcaraz, the first racket in the world, who will also defend the title achieved last year on the courts of the Real Club Tenis Barcelona. The last two champions will polish this year's poster.

"Rafa is the best player in the history of this sport and the banner of our tournament. Being able to continue enjoying him in Barcelona is lucky and it is something that, on a personal level, excites me a lot and makes me very happy", explained the former player and current sports director of the tournament, David Ferrer.

For the veteran tennis player from Manacor, the most successful in the history of the tournament, champion on 12 occasions, it will be his 17th appearance on the clay of Pedralbes, where he did not play in the last edition. Last year he did everything possible to participate, rushing until the last days, but a rib fracture prevented him from finally jumping on the track.

Nadal, 36, was unable to defend the title he achieved in 2021 in 2022, when he beat the Greek Stéfanos Tsitsipás in a very close final. The Mallorcan, an RCTB player since he finished his training in Barcelona when he was a teenager, has always been faithful to Godó, to which he has always gone when his physical condition has allowed it.

Injuries have once again tormented the current Australian Open and Roland Garros champion in 2022. After an immaculate start to the year, with 20 consecutive victories, a cracked rib led him to defeat against Taylor Fritz in the Indian Wells final. Then came the tear in the abdomen at Wimbledon and in the last stretch of the course he had to attend to a greater cause: he was a father for the first time.

Nadal closed the season with a bad feeling, eliminated by Tommy Paul in his second match at the Masters 1000 in Paris and lost in the group stage at the Nitto ATP Finals, where he arrived as the first seed due to Alcaraz's absence due to injury. . The winner of 22 Grand Slams is expected to return to competition representing Spain in the United Cup and will later undertake the first major challenge of the season with the title defense at the Australian Open.