"The world is going to fry asparagus, hopefully the deniers are the first to fall!"

Three years after the overwhelming success of Los asquerosos – more than 200,000 copies sold – the particular writer Santiago Lorenzo (Portugalete, 1964) returns with Tostonazo (again by Blackie Books), a settling of accounts with the world of cinema, a hymn to friendship and camaraderie, a sharp dart against the nose touchers of this world, a tribute to the purest, most innocent and spontaneous creative impulse. 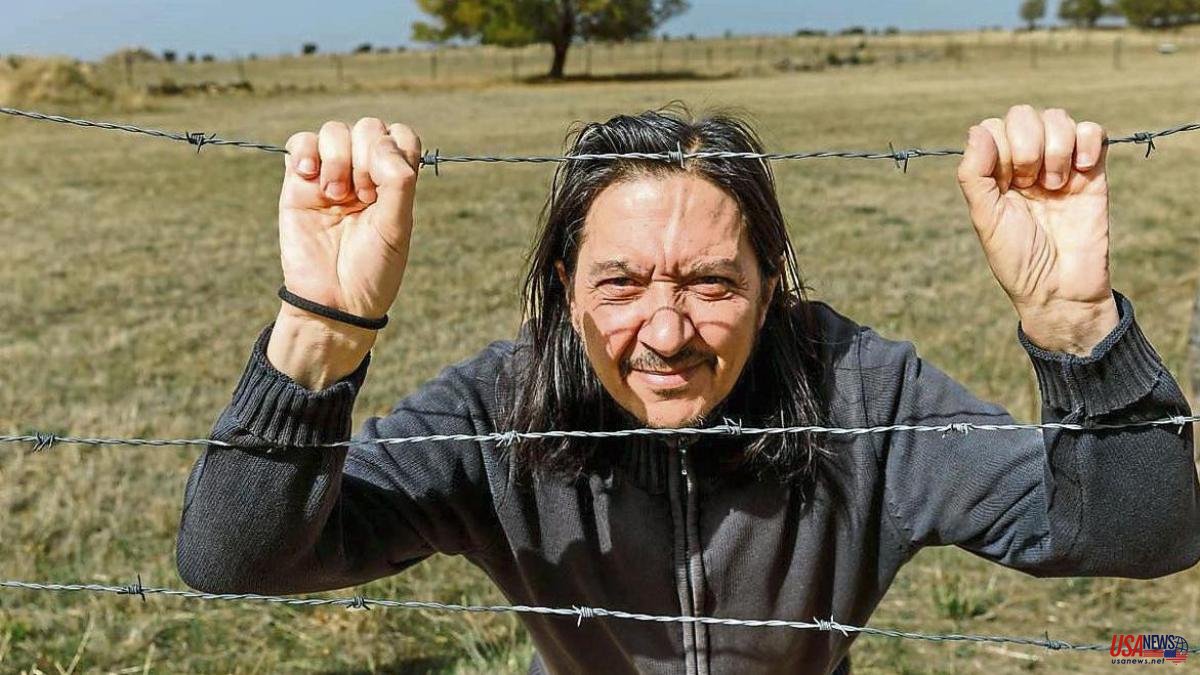 Three years after the overwhelming success of Los asquerosos – more than 200,000 copies sold – the particular writer Santiago Lorenzo (Portugalete, 1964) returns with Tostonazo (again by Blackie Books), a settling of accounts with the world of cinema, a hymn to friendship and camaraderie, a sharp dart against the nose touchers of this world, a tribute to the purest, most innocent and spontaneous creative impulse... with the story of a young man who works on a shoot and then goes to take care of himself of his retired uncle. At times you remember Ed Wood Jr. It is a novel perhaps less fun than the previous one but much more daring and enduring, less linear and obvious. Like real life.

How does success feel? How does it feel to be a star after so many years breaking stone...?

I have heard very little about success. I'm still in my Segovian village. Success and failure are social issues, and 17 people live here. So I'm not afraid, I come from starry failures! I suppose that if I lived in Madrid or Barcelona... Here I find myself with the same wasteland as always. With the short Practicas , in 1992, they gave me a lot of prizes. So I did feel like a winner. For me success, now, is to continue writing. And what satisfies me the most is helping to grow an independent publisher, Blackie Books. I feel Torrijos, Bakunin, Francis Drake against the grain!

How did the pandemic happen in your village?

Without noticing too much. Things have not changed much here. Well, what was a spectacle was to see how nature expanded as soon as cars stopped coming.

And was it very hot this summer?

Yes, and I'm terrible at the heat, and it's very worrying because here we are more than a thousand meters high. It seems that the world is going to fry asparagus because of those who leave the light on and the enlightened ones who do not want to turn off the shop windows at night for fear of ruining the business! I hope that the deniers are the first to fall for social Darwinism! The only way to calm my disgust is by filling the cistern with the rinse water. We have to take our own measures. It is the time of individual solutions. Scientists already warned. I also have an analog mobile. I chase away global fears thinking about what I do so that the dragon doesn't catch me. But I haven't built a bunker yet...

Do you still write only with an accent?

Yes of course. It's not the same alone as alone. In addition, it is not a mandatory norm of the Academy, but a recommendation. For me, putting the tilde is a sign of respect for the reader, that you are aware of what you are doing. It bothers me that it is written without an accent. Blackie Books and I agreed that they would respect the tilde of the adverb only, and that at the end of the book there would be the date I finished writing it. And they respect me, both things.

Both in Los asquerosos and in Tostonazo there is an underlying voice of their own, theirs, above their characters and their stories. What does he mean when he writes he?

Oh! I'm flattered... perhaps the question is what I intend to do with everything that is not writing... Writing is more an end than a means! I don't want to generate anything in the reader. Sometimes they tell me how much fun I had with this or that and I think 'but it's so sad'! writing is a passion, an intimate hobby... for years I wrote scripts that nobody wanted to buy, I'm still waiting for the answers of some producers! and now... I always think that they're going to stop publishing me, that they're going to tell me that it's over, that I ruined them... I still don't understand why something I was doing is going to reach bookstores. It makes me dizzy, panic! But I can't stop writing.

You always flirt with isolation, but in Tostonazo you exalt friendship and teamwork, camaraderie...

Well, you have to write different stories. I am very happy in my village, but I am not advocating total solitude either. I have great memories of when I made short films, wonderful memories of a workshop where we made sets for films ¡Lana S.A.! It was beautiful to work hand in hand, a few. The group thing is very seductive, getting together among several, like the traineras, and rowing all together.

What pending issues are you settling with Tostonazo

No, none... Some neighbors inspired me Los asquerosos. And Pacomio, one of the Tostonazo nose touchers, comes here every summer. But once you turn people into literary matter, your anger goes away. The grievance is incompatible with gratitude. In the end you have to thank them...

Of course. I've been ten years. And it doesn't fall out, I have my usual hair, and I don't have dandruff either, it's the best way to keep my hair clean! Look, in 19th century paintings everyone has hair. Shampoo doesn't even have a word of its own in Spanish and shampoo ads are so idiotic! I heard that there is even a non-shampoo movement in the US. Now it turns out that this is super trendy! there was a time when people realized that powdering wigs was dirty. The same thing will end up happening. By the way, I don't have gray hair either, but I think that's for something else.

He has all my sympathy and support.