“The world is full of madness and we have made one”

The last 15 seconds were not played. 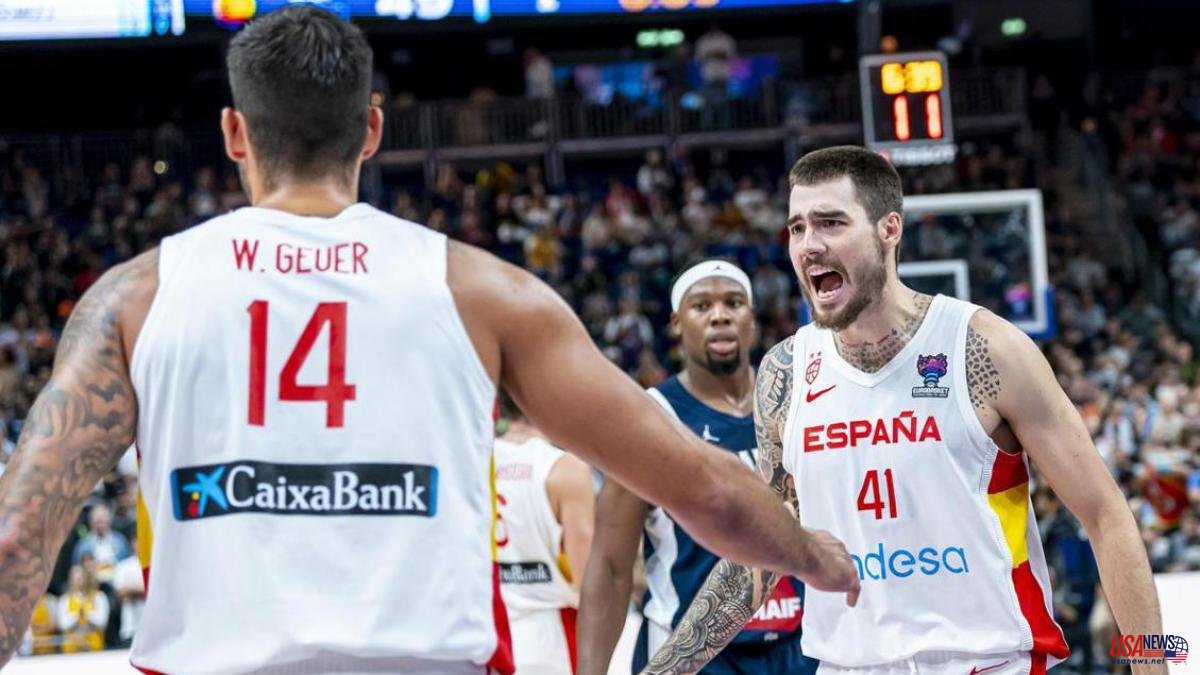 The last 15 seconds were not played. Was not necessary to. Spain decided it was time to celebrate. At last. From Georgia, where they lost against Belgium, to Berlin, where they eliminated Lithuania, Germany and France. On the track, the coach had put Sáiz and Joel Parra, who were unpublished. They all hugged each other. Like the family they are. Like that team that has earned the respect and admiration of all. of the great experts. "Words fall short to define what you have achieved," wrote Pau Gasol. “Incredible about Spain. Congratulations”, applauded the Slovenian star Luka Doncic. Ricky Rubio summed it up with two emoticons that referred to the team's courage.

"It was a championship with NBA stars and we have won it with tremendous work, spirit and cohesion." It was the analysis of Sergio Scariolo. "Is incredible. I am delighted with the effort of these players. As a coach I feel happy for the game we have played”, reflected the coach.

“This is a special group that has always believed, from the first day”, valued Rudy Fernández, the captain, the only one who has been present in the four Eurobasket wins. “Nobody believed me, not even the coaches. I told Scariolo. And here is the gold: we have it. And it's very beautiful”, assured Usman Garuba. "We have gone out to destroy France," he added.

“It is true that Usman said it, but it is the innocence of someone who is 20 years old,” Scariolo confessed.

Alberto Díaz, author of two triples in the last quarter, joined the team due to Sergi Llull's injury. “I joined a family, a group and some friends. The world is full of madness and we have made one”, he pointed out. “Captaining this team has been a privilege, a piece of pride. I think they deserve it. This is the greatest reward”, confirmed Rudy, moved when he remembered his father, who had passed away, and who picked up the cup wearing the shirt with Llull's number 23.

Dirk Nowitzki, a German legend, surrendered to the power of the Hernangómez Geuer brothers. He has good taste ex-Dallas Mavericks. The youngest, Juancho, was chosen MVP while the oldest –for a year–, Willy, received the prize for the best player of the tournament, in addition to being in the quintet, like the nationalized Lorenzo Brown.

“Gold tastes amazing. We started training in Madrid 50 days ago. You had to have confidence in the project. With work you can do everything”, highlighted Willy, who knew that many eyes were on both of them. “We have eaten a lot of shit. I tried to take the step forward that was required of me”.

But the secret is different: "We had such a good time that it makes us overcome any obstacle", discovers the 14th of the selection.