The works of the new Mestalla are unlocked with the commitment to reach 70,000 locations

The principle of agreement between Valencia CF and the Valencia City Council could unblock the construction of the new stadium after more than a decade of paralysis. 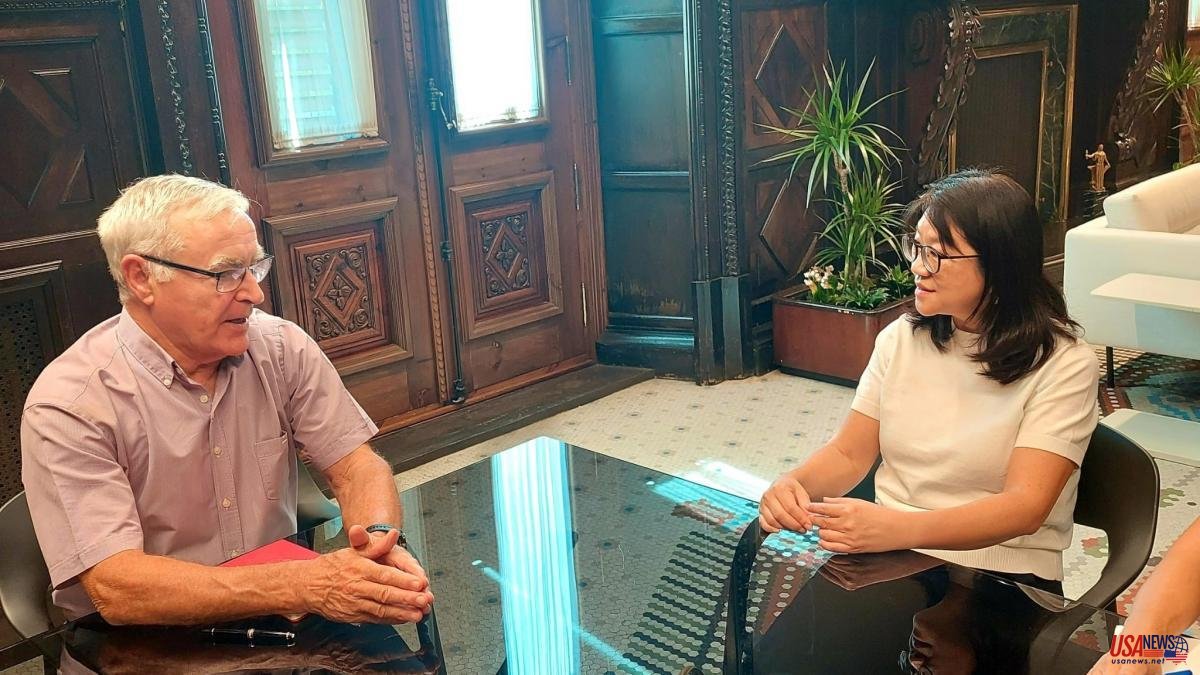 The principle of agreement between Valencia CF and the Valencia City Council could unblock the construction of the new stadium after more than a decade of paralysis. After yesterday's meeting with Lay Hoon (representative of the largest shareholder of València CF) the mayor of Valencia, Joan Ribó, explained that the club has committed to finishing the new Mestalla for the 2025/2026 season with a capacity of 66,000 people, expandable up to 70,000 when necessary, "within a maximum period of five months".

In a statement, the council explained that "all the agreements of this meeting will now have to be finalized in a draft, which will be carefully studied with the Departments of Activities and Urban Planning."

“I think this is a very reasonable option, since we have gone from the capacity of the current Mestalla, or from the 49,000 of the club's initial proposal for the new stadium, to 66,000; but always -said Ribó- with the guarantee that, if necessary, it can be quickly increased to 70,000 places”. a commitment, added the mayor, that "has to be explicit on paper, as well as the term of five months to enable the necessary space".

The number is not trivial. Already in the meeting a few days ago with Lay Hoon, the deputy mayor Sandra Gómez emphasized that it was "non-negotiable" that the club's property "fulfill the obligations" that it signed regarding the Benicalap and Nou Mestalla sports center, which must have a capacity of 70,000 spectators, if you want to "maintain your urban rights" once the ATE has expired.

This capacity, Ribó explained, would allow the field to host top-level sporting events, such as hosting the 2030 World Cup, an objective for which the mayor of Valencia has shown his full support.

With regard to the construction deadline for the new stadium, the sports entity has conveyed the idea that the project be completed at the start of the 2025 sports season. "They have given us a deadline" before which, "in principle I am convinced that that will be met if we meet all the deadlines," said the mayor.

Ribó also took advantage of the meeting with Hoon to once again demand that "València CF apologize for the behavior and for the opinions that were issued at the time, which were very offensive and very annoying". "You have to bear in mind that the people who support València put all their hearts into the club, and that is why we must take them into account and ask them for the necessary apologies”, stressed the mayor.

From the town hall, the meeting was signed up, in which the club's director of operations, Christian Schneider, also participated. They also spoke about the sports center planned for the Benicalap neighbourhood, which forms part of Valencia CF's obligations to the city, and on which an agreement has been reached in principle: the City Council will build the sports center based on the criteria that were signed at the time, and the club will pay for the works as certified by the municipality. "In no case will the City Council advance the payment of the works," they emphasized from the City Council.

Finally, an energy community was also proposed to take advantage of the stadium's photovoltaic roof and be able to supply the neighborhood, "especially those people who are in a situation of energy poverty, who can use these resources," said the mayor. Finally, mobility and access to the field were discussed, and a study was concluded, given that "organizing parking and mobility of a stadium within a city is a complicated matter".