Far from being mitigated, the discomfort between the workers of the Parliament and the Bureau, the governing body of the Catalan Chamber, has only intensified as a result of the early retirement system after the abolition of licenses due to age, the golden retirements enjoyed by some of the workers of the institution when they reach 60 years of age. 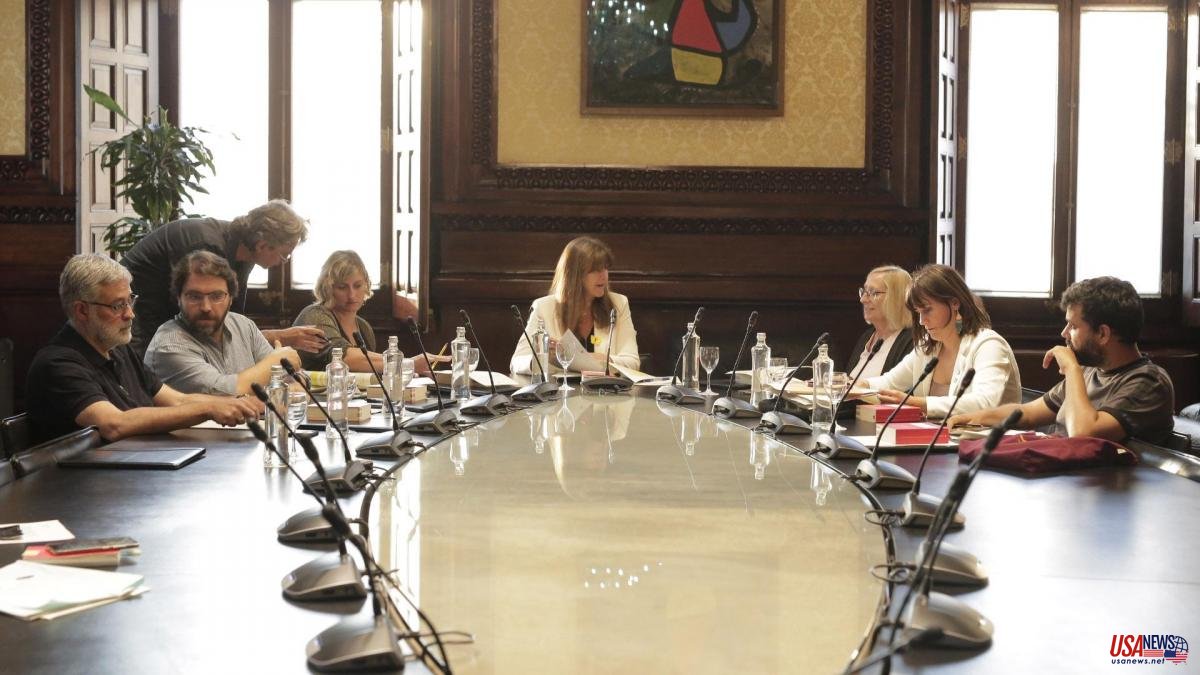 Far from being mitigated, the discomfort between the workers of the Parliament and the Bureau, the governing body of the Catalan Chamber, has only intensified as a result of the early retirement system after the abolition of licenses due to age, the golden retirements enjoyed by some of the workers of the institution when they reach 60 years of age. These workers have expressed their weariness with the management of the body chaired by Laura Borràs in a letter addressed to the Table.

In the letter, dated this Monday, the workers denounce the situation of "defenselessness and lack of commitment" that they feel after having negotiated and accepted two agreements with the Table that the governing body of the Parliament has subsequently thrown out.

These were agreements that allowed the extinct licenses due to age to be replaced, which made it easier for workers with a certain amount of seniority to collect their full salary without having to go to work when they reached 60 years of age, by other formulas. In the last agreement forged with two representatives of the Board, the first secretary Ferran Pedret (PSC), and the second secretary Aurora Madaula (Junts), two possibilities were established for workers over 60 years of age: paid leave through which they would receive for five years the maximum retirement pension and an extra twelve monthly payments, or a reduction in working hours: work part-time earning as if it were full-time and with the possibility of teleworking 100% of the time.

However, the Board retracted the agreement on this occasion as well, expressing the will to launch a new proposal to the workers that would eliminate the option of paid leave. Hence the anger of the workers: “The Board has unilaterally undone the agreements reached with the Staff Council twice, both in the agreement published on December 29, 2021 and in this second negotiation signed on June 8, 2022 ”, they recriminate.

In fact, the second agreement was approved in the Table and in the extended Table, but it was not ratified in the Institutional Affairs Commission (CAI) of the Parliament, a necessary requirement for the pact to be binding. In addition, the workers reproach the Table, or part of its members, for alleging that the Staff Council does not want to negotiate, "when we have been negotiating on the same issue for more than a year," they recall.

The workers save the first secretary Ferran Pedret from his criticism, who resigned from his role as delegate to seek an agreement with the staff council after rejecting the second agreement, "a gesture that -if it is so- honors him," they say. And they point directly to the president of the Chamber, Laura Borràs, with whom they met after the second agreement was stopped.

“The president expressed doubts in relation to one of the two modalities, that of the incentivized leave of absence, for which we prepared a report documenting this modality in other parliaments. No mention was made of the other modality -that of bonus reductions in working hours-, since it was not a point of conflict for the president, since it is a modality that other parliaments and administrations have and we have a report that documents it " , they explain in their letter.

Faced with this situation, the workers have demanded legal advice "to restore dignity and legal certainty in the collective bargaining procedure", while demanding that the Board take the signed agreement to the CAI "to restore confidence and maintain the commitment to the workers.

After the meeting of the Table on Tuesday, the governing body has limited itself to accepting the complaint but maintains its willingness to negotiate a new agreement. The new proposal has been entrusted to the director of human resources of the Chamber, who must submit it on July 26 with the aim that it be negotiated with the personnel council and approved on the 28th in the CAI.