Six people locked in a room have to make a series of decisions, based on what they have experienced in the pandemic, to feed the algorithm, that new almighty god. 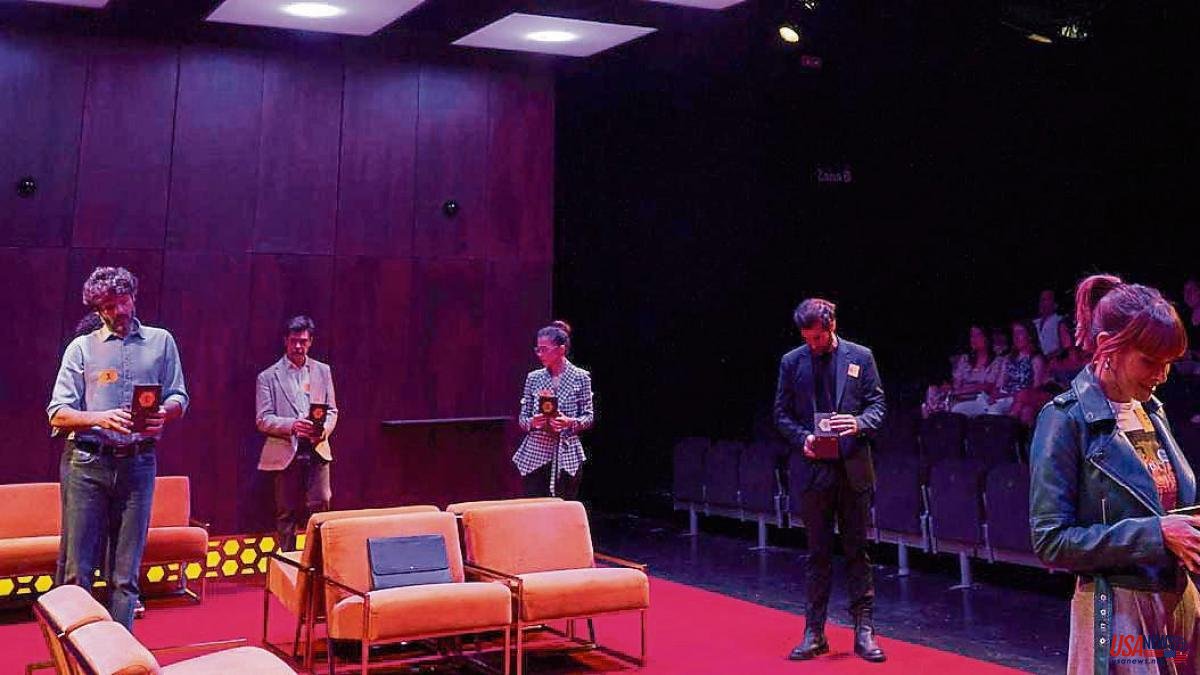 Six people locked in a room have to make a series of decisions, based on what they have experienced in the pandemic, to feed the algorithm, that new almighty god. This is Immunitat, the new show by Jordi Casanovas, which premieres at La Villarroel and can be seen until August 7.

Co-produced with El Grec, it wants to "strengthen the figure of the author-director, as with Llàtzer Garcia, Marta Buchaca, Jordi Prat i Coll, Marc Rosich, Sílvia Navarro ...", says the festival's director, Cesc Casadesús.

A machine, Lia, is the one who poses questions to these three women and three men, who must agree on a unanimous answer. The opening recalls the first vote of the jury of Twelve Angry Men, the play by Reginald Rose that gave rise to the celebrated film by Sidney Lumet.

But from here, nothing is as it seems. The work is commissioned by the president of Focus, Daniel Martínez, "to talk about the pandemic and political management," says Tania Brenlle, director of La Villarroel.

"They are summoned to see how they would respond in future crises," Casanovas details. Is it possible to agree with a person who thinks the opposite of you? The invitation to the public is to play and close this audit of everything that has happened to us over the years”.

The playwright also reveals that they started working on it without having written the ending: “I like to test the text and that way I can pick up things that happen to the characters. They are opportunities that they give me to the actors and that I alone could not discover”.

“Participants are invited to go to a place where their views on politics and crisis will be heard. We propose a dialectical debate and we are not going to the anecdote, but to the bottom of issues such as the degree of authoritarianism, the voting discipline of the parties, if it is right for a State to decide everything... They come with an assessment made and they arrive to defend sometimes in a visceral way”.

Casanovas compares this algorithm to a black box: “Theatre is also a small black box: when the show is over, we may leave a little changed, although we don't know what caused the change. In fact, the algorithm is already applied in judicial decisions, in social aid... Technically it is already viable. At Immunitat we have always placed ourselves in an immediate science fiction”, he concludes.