The Professional Women's Football League (LPFF) has brought the Spanish Football Federation (RFEF) to justice for the high cost of the cards, as La Vanguardia has learned. 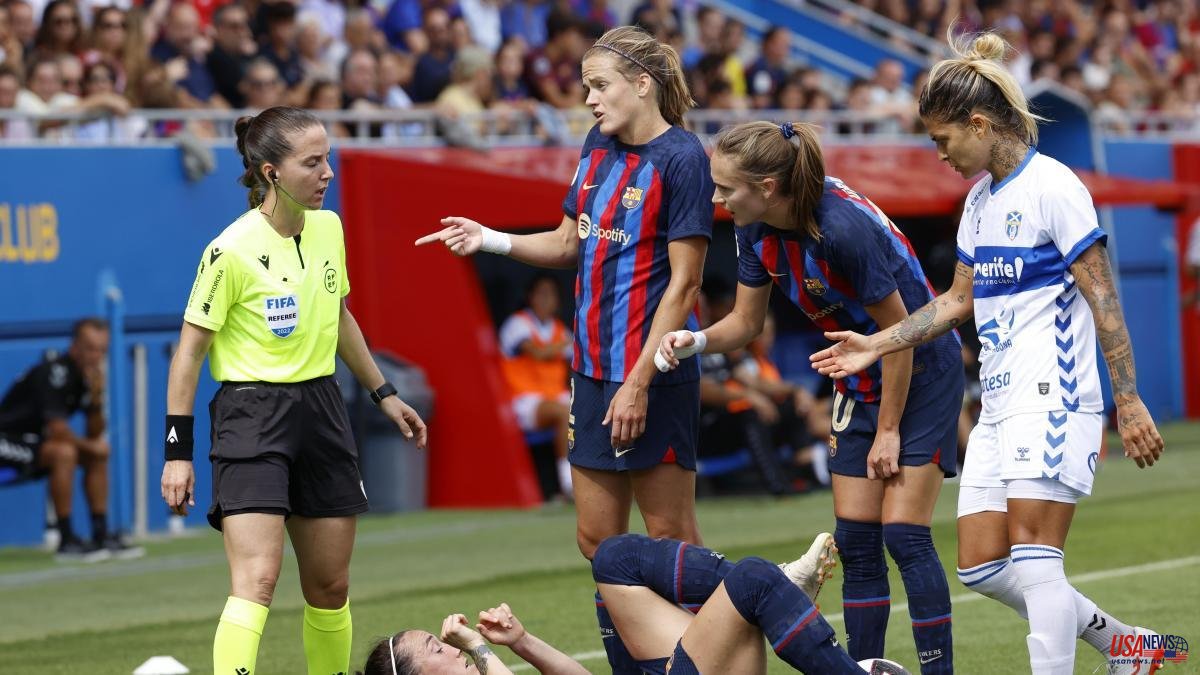 The Professional Women's Football League (LPFF) has brought the Spanish Football Federation (RFEF) to justice for the high cost of the cards, as La Vanguardia has learned. The umpteenth dispute between the League and the Federation came when the body responsible for arbitration announced the new sanctioning rates. Understanding that it is a professional league, the RFEF has imposed the same amounts on the F League as on the men's Santander League. That is to say, 180 euros for each yellow card, and 350 for the red ones, in addition to another 600 euros of sanction for the player in the case of each expulsion.

This represents a huge increase compared to the costs of last season, 4 euros for yellow cards and 9 for red cards. Something that the 16 clubs that make up the F League do not agree with and have decided to take action and bring this increase to justice, considering that the same criteria cannot be applied to the men's and women's leagues. From the Women's Professional League they consider this increase "disproportionate" and allege that "it is not in line with the reality of women's football." “It cannot be compared with the male one”, maintain sources from the LPFF.

It is not the only dispute between LPFF and RFEF, who have been immersed in a legal battle since the birth of the new professional League. The Federation has sent the clubs an arbitration receipt - which includes the arbitration expenses of each match and which is paid by the local team - of almost 15,000 euros. An exorbitant amount and that has nothing to do with the one agreed a month ago before the Higher Sports Council (CSD), which was 4,050 euros, when the fees per match of the collegiate were also established: €1,666 for the main referee, 1,066 for the assistants and 250 for the fourth referee.

The clubs are very upset with this non-compliance by the RFEF and have taken the matter to the CSD. Even more so if we take into account that the arbitration strike of just over a month ago was unblocked after a historic and beneficial agreement for the Spanish referees, who secured an annual salary of 25,000 euros (main), 16,000 (assistants) and 3,750 ( fourth referees). To make this agreement possible, the CSD itself promised to put up 350,000 euros per year for three years – the same amount that the RFEF promised – managing to put an end to a strike that paralyzed the debut of professional women's football in Spain.

The draw for the calendar, the brand of the balls, the patches on the shirts, the salary of the referees, the cost of the cards or the referee's receipt are just some of the many controversies that have surrounded what had to be a season for memory in Spanish football. "There are purely organizational conflicts between the League and the Federation that we have been correcting, sometimes by rapprochement and others by the mediation of the Higher Sports Council, which is the one who must arbitrate in this dialogue," said Beatriz Álvarez, president of the LPFF at the gala organized by Mundo Deportivo.