The women of Renoir, Sorolla and Casas come to life in the Diocesan Museum of Barcelona

The jump from the 19th century to the 20th century came full of changes for European women. 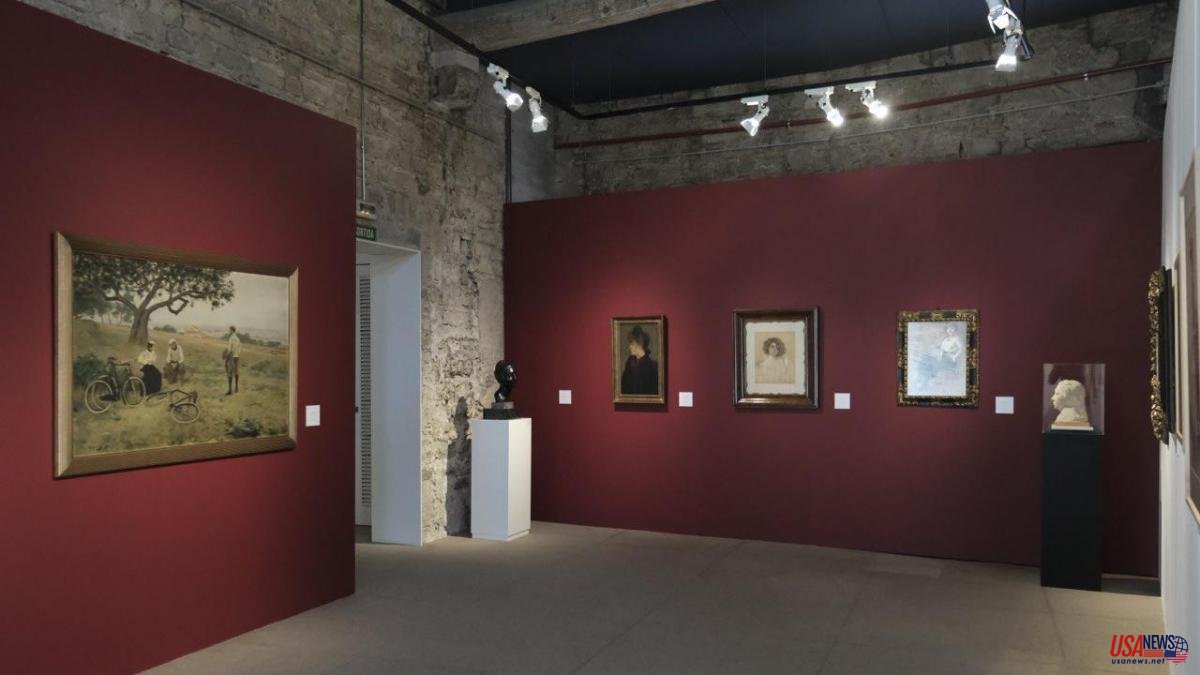 The jump from the 19th century to the 20th century came full of changes for European women. Although still attached to the male figure, they began to conquer the streets and to star in some social activities. Like the muses they have always been, this rich feminine universe was immortalized by impressionists and modernists in nudes, portraits and costumbrista scenes. Some of these works are now exhibited in Mujeres. Between Renoir and Sorolla, the new exhibition that houses the Diocesan Museum of Barcelona.

The exhibition includes a selection of 44 paintings and sculptures by artists such as Auguste Renoir, Joaquín Sorolla, Santiago Rusiñol, Ramón Casas and Josep Llimona that can be seen until September 25. All of them are carried out by women who lived on horseback in the 19th and 20th centuries. This collection has already passed through Lisbon, Seville, Alicante and Pontevedra, where it has shown that "it always adapts to the venue that hosts it", according to its curator, Helena Alonso.

Thus, in the Catalan capital, in addition to the works mostly donated by the Fran Daurel Foundation, there are others from the Montserrat Museum and the Diocesan Museum itself. In addition, in Barcelona the exhibition is linked to Sister Eulàlia Anzizu and Dorotea de Chopitea, two figures who marked the Barcelona society of their time.

Anzizu, a nun at the Pedralbes monastery, was "the great curator" of the convent, since she promoted its reform and carried out enormous work as an archivist. And although her legacy has been forgotten, Eulàlia Anzizu was also a writer, historian and close friend of Jacint Verdaguer, thus becoming a fundamental thinker in the Catalan Renaixença.

For his part, de Chopitea, from an aristocratic family, dedicated his fortune "to getting involved in the creation of structures that favored society", as Helena Alonso explains. She is one of the architects of the founding of the Hospital de Sant Joan de Déu, as well as promoting the creation of the first nurseries in Barcelona, ​​"so that women could be independent".

Women. Between Renoir and Sorolla is exhibited throughout three rooms of the Diocesan Museum and continues in the chapter house of the cathedral. There, integrated between works from the 15th century, you can see Femme et jeune fille dans un paysage, from Renoir's stage of artistic maturity, and a scene from Arcadia by the Uruguayan Joaquín Torres-García, which proclaims a return to classical traditions Mediterranean.

However, it could be said that the exhibition brings together 45 works because it is intended to end with L'enterrament de Crist by Josep Llimona, located in one of the chapels of the temple's cloister. The integration of this monumental sculpture in the exhibition itinerary, which also incorporates other smaller carvings by the Catalan sculptor, means that "a dialogue is established between both venues", according to the curator.

As for the Diocesan Museum itself, the works have been arranged so that each of the rooms shows one of the areas of the feminine universe of the moment. In the first, "the world of the intelligentsia" is discovered. It was a time when "women want to be trained, and many times she resorts to self-training. Literacy triples," says Alonso.

In this first stay, the ugliness of Isidre Nonell's The Gypsy and the bourgeois of the Chauffeuse by Ramón Casas face off. Descans dels ciclistes is also exhibited by the latter artist, as shown by the fact that "they considered sport as a form of knowledge", among works by Isidre Nonell, Santiago Rusiñol and Manolo Hugué.

The second room reveals a more interior world, the domestic one, with which women have historically been linked. There, Casas con Hivern's interest in fashion is exhibited, where the painter raised the model's suit to show her shoe. Likewise, in the window of Mirant l'exterior, by the same author, the border is established between the exterior and an interior from which the protagonist seems to want to leave.

The last room of Women. Between Renoir and Sorolla it has been reserved for the conquest of outer space. In this case, women fill the streets, beaches and fairs of their cities. Realism is also perceived in the representation of women and their families in the fields or in work at sea, as in Segadora, by Ramon Martí Alsina, or Família de Pescadors, by Dionís Baixeras. Lastly, Nude on the Yellow Divan stands out, one of the few nudes painted by Joaquín Sorolla.