The women of Montserrat Roig's Barcelona

“I owe to a dear friend the arrival at my house of El temps de les cireres, by Montserrat Roig: an extraordinary novel that kicks us in the stomach, as sometimes happens with the best narratives. 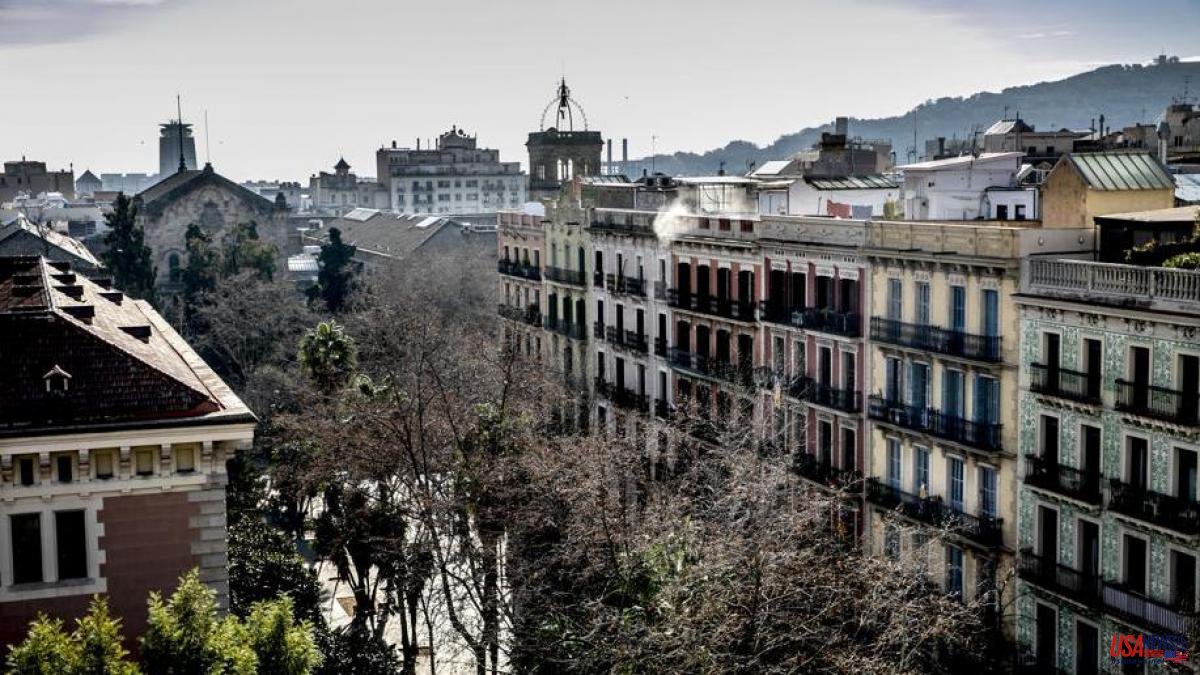 “I owe to a dear friend the arrival at my house of El temps de les cireres, by Montserrat Roig: an extraordinary novel that kicks us in the stomach, as sometimes happens with the best narratives. It is a very timely book, the seventies: a hard, sincere work about the purgatories of Catalan identity and the female condition. Magnificently written, in a style that is both harsh and lyrical, this volume has become part of my library of classics of Catalan literature. In addition, it will serve to remind me of the energy and central role of women in the social life of Catalonia”.

Who writes these words is the Portuguese writer Gabriel Magalhaes, collaborator of La Vanguardia. And he did it in February 2017 in an article entitled "Babel and Catalonia". Forty years had passed since, in 1977, El temps de les cireres was published, which had won the Sant Jordi prize the year before.

There are ephemeral prizes and there are those that consolidate a career. This was the case of the book by the Barcelona journalist and narrator (1946-1991), who died prematurely from cancer. Roig stood out in her journalistic articles, such as the last series that she wrote in Avui under the heading “Un pessic de sal, un pensament de pebre”. Or in books where she exposed her feminist thought, such as L’ hora violet.

In February 1981, when Roig published it, the journalist Josep Faulí wrote in the pages of La Vanguardia: "The last novel by Montserrat Roig - L'hora violeta (Edicions 62, 1980) - is a continuation and expansion of the previous two - Ramona, adeu (1972) and El temps de les cireres (1977)–, in the same way that the first of these three novels was the concretion and arrangement of the materials of the narratives of Much clothes and little soap... and so neta que volen (1971)".

Faulí considers that “it is an articulated and coherent world, a world open to growth and, therefore, to inexhaustible practice. While in Ramona, adeu the evolution of a family around three generations is presented –Ramona Jover's is that of the Liceu bomb, Ramona Ventura's is that of the Republic and the war and Ramona Claret's is that of the post-war–, in El temps de les cireres the action is centered on members of a family that has related by marriage to the initial one; in the last published novel, the references and interrelationships of the second work are expanded”.

Faulí adds: “If the choice of a particular family is not a defining fact at all, although the social class in which it is chosen is, what basically unites the three novels without exception is the presence of women in the foreground. ”.

What we are trying to do in this series is an approximation to the great novels of Barcelona, ​​and perhaps this trilogy by Roig would be a more complete vision of the history of Barcelona throughout the century. But since it is about focusing on one, El temps de les cireres, which arrives with the maturity of the writer, becomes a reference work.

Roig was often defined as a writer from the Eixample, feminist and leftist, to show the complexity of the character, of any character. A militant of the PSUC, a self-convinced feminist, her way of thinking was reflected in the way she explained reality.

Viewed from the perspective of time, the return of Natàlia Miralpeix to Barcelona after living twelve years abroad is a great portrait of Franco's repression, exile, the bourgeoisie accommodated to the imposed political reality, the crisis of values ​​and rebellion of some people.

In October 2001, ten years after the writer's death, the critic Julià Guillamon wrote the article "Una progre en el Eixample", where he qualified the novel as excellent and said: "Natàlia Miralpeix, her alter ego from El temps de les cireres, le lleva ocho años (born in 1938). In 1962, after the murder of Julián Grimau, Natàlia left Barcelona to go into exile in London. When they return, after all, they have just killed Puig Antich". Guillamon adds: "Montserrat Roig embodied the idea of ​​a literature of quality but widely read, rigorous, committed to tradition and the intellectual debates of its time".

In the novel, Roig puts conflicting ideas in the mouths of the characters, so that he achieves a realistic portrait of what was happening then: a tradition that still exhibited the bride's trousseau, where the woman submitted to the man, as happens in the Marriage of Lluís, Natàlia's brother: “You women are panphilous, you're useless”.

And in contrast, characters like the painter Harmonia, of whom the men who attended the meetings thought, in the voice of the narrator: "They felt united by sex and by fear of a woman who disturbed because she did something abnormal: she said what thought".

Thus, El temps de les cireres, which also talks about the passage of time, aging and death, is another great Barcelona novel. A year after the author's death, the journalist Rosa Maria Piñol reported in these pages that her mother, Albina Fransitorra, explained that she had many literary projects, one of which was "a novel about Barcelona and its women through the history". But her death did not allow him to bequeath it to us.